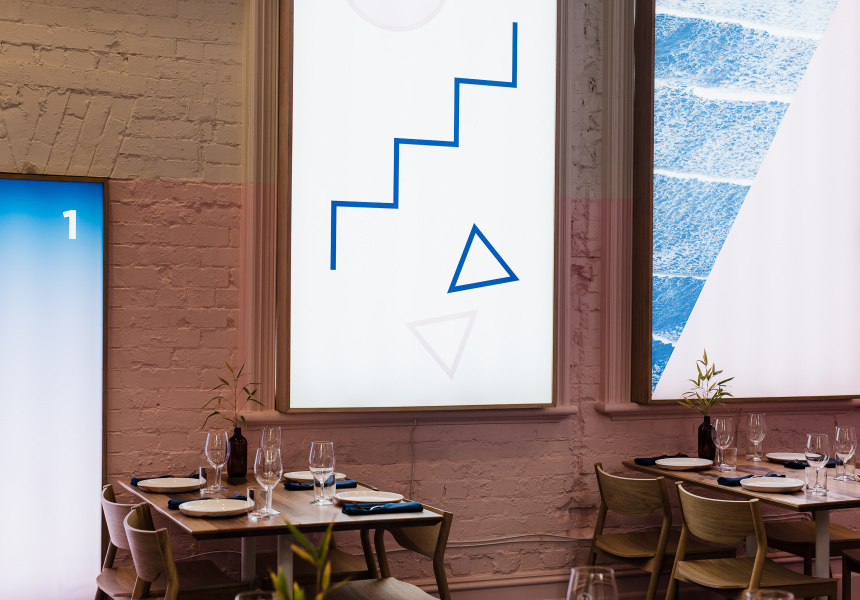 There’s something special hiding under the tables at Level One, and it’s not chewing gum. The under surfaces were carefully fitted with recording-studio foam to absorb extra noise in the high-ceiling dining room.

It’s just one of the many thoughtful features added to the venue after a change of hands in late 2015. Electra House was re-opened in early 2015 after 20 years of neglect. It was originally built in 1901 by Citizens’ Life Assurance Company (now MLC).

After the venue changed hands, Level One was re-fitted in a lick of pastel pink, collectively, by Studio-Gram and Crafty Design. It shows a playful elegance, with a menu to match.

The drinks menu features an exclusive collaboration with Settler's Gin (distilled with finger lime, lemon myrtle and salt bush) on top of an extensive list of aperitifs, whisky and mostly local wines.