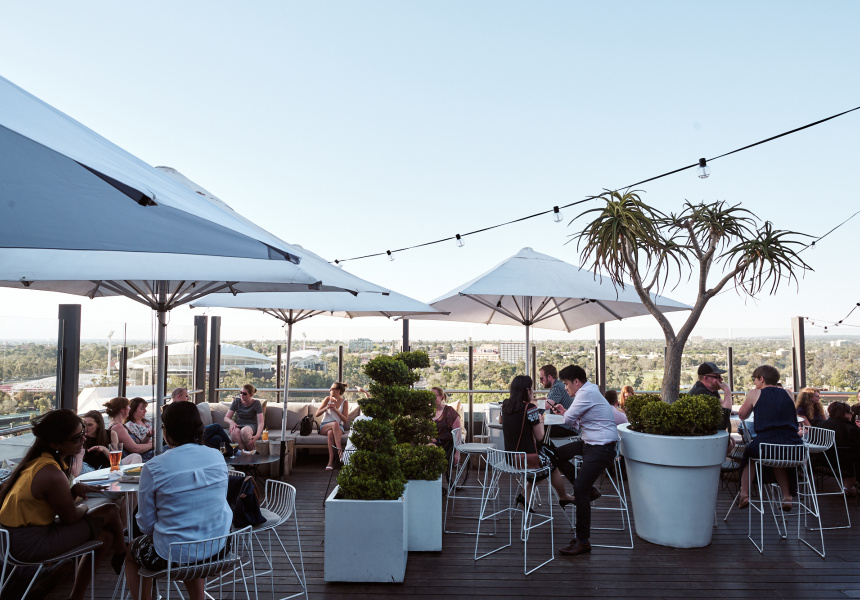 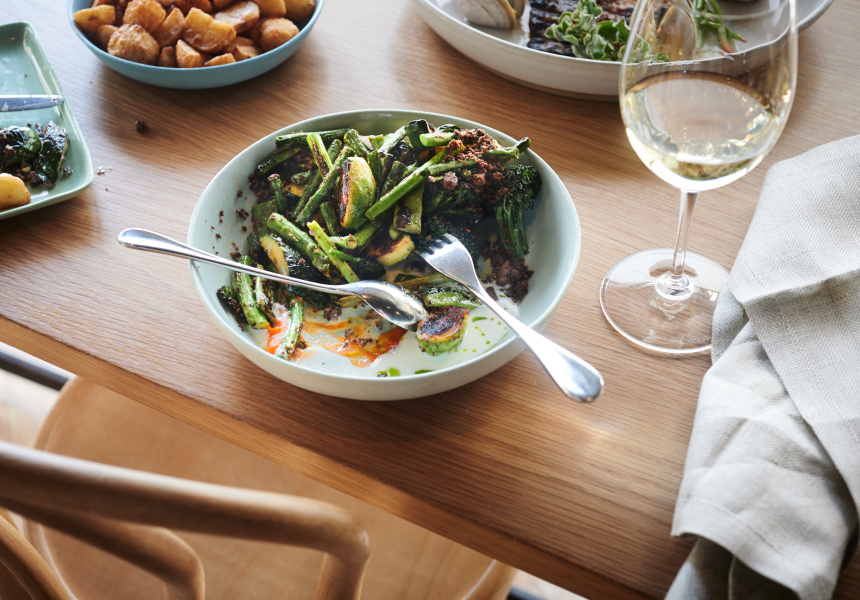 Not every bar can offer a glimpse of the private gardens surrounding government house. But at 2KW not only can you pass judgement on the tidiness of the Governor’s garden, you can do it while sipping on a cocktail of the same name.

What began life as a dingy and forgotten rooftop has been transformed into a Mediterranean-inspired, cabana-filled oasis.

An outdoor bar extends around the enclosed restaurant, which serves a modest list of small, medium and large plates designed for sharing, as well as a range of pizzas. Choices might include Hervey Bay scallop ceviche, and Koji-marinated fried chicken with Korean hot sauce,

You can also enjoy charcuterie from Parma Handcrafted Cured Meat, artisanal cheeses and one-off wines made available through access to a private cellar. The few things 2KW does, it makes sure to do well.

The wine list is extensive, with a strong selection from the Adelaide Hills as well as a rotating selection poured straight from the barrel.

Cocktails include locally inspired creations such as the East End Hold-Up (vodka, Aperol, pineapple, passionfruit and lime), named after Vardon Lane, or the Malls Balls (pisco, watermelon and “a hint of heat”) for Rundle Street.

At times 2KW can have a certain impress-your-client vibe, but stick to the outside bar and the city-to-sea views will make you glad you came.