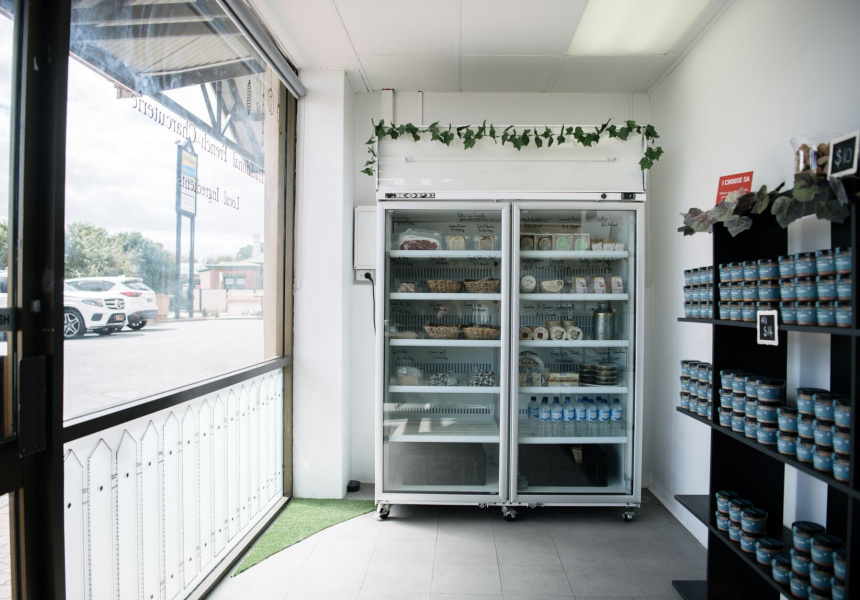 Duck terrine, chilli saucisson, baguettes and croissants baked daily – those are just a handful of the locally made smallgoods and pastries on offer at Les Deux Coqs’ tiny new shop on Prospect Road.

It’s the public face of French couple Bastien Verslype and Katia Vincon’s commercial kitchen, where Verslype has been producing goods for their Central Market stall since it opened 10 months ago.

Many of Les Deux Coqs’ market customers thought that the couple imported – but almost all the products, about 95 per cent – are made right here in Prospect using local ingredients. The majority of these are then transported to the Market stall. Verslype and Vincon say that they were the first French smallgoods makers in South Australia.

The first thing you’ll notice when entering the shop is the wall of glass jars. They’re filled with everything from rillettes (a preparation of meat similar to pâté) to terrine. Then there are the fridges, brimming with cheese (including a selection from Verslype’s hometown of Burgundy), as well as products like French butter and truffle cream. You’ll also find cured meats, confits, sausages and more. Baguettes and croissants are made fresh every morning.