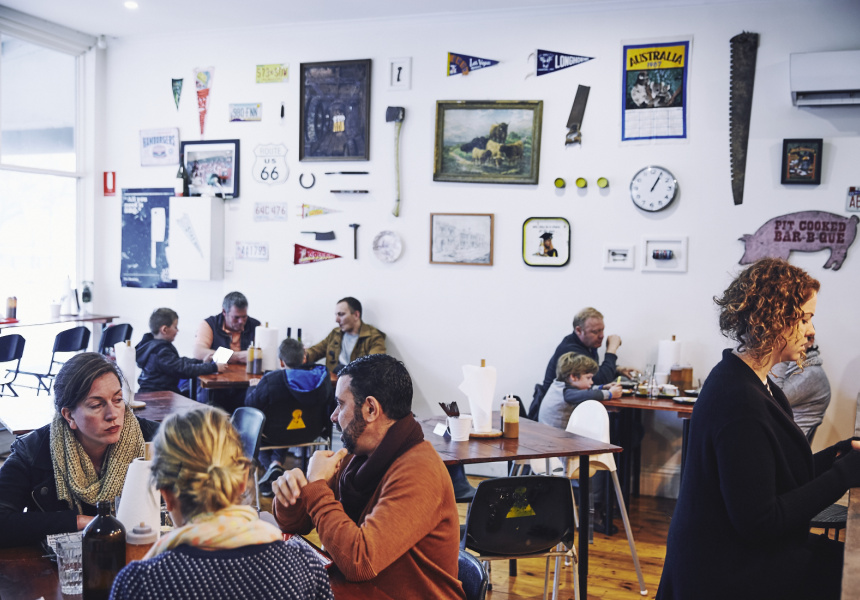 Past the pub-heavy main strip of Port Adelaide’s Commercial Road, and just before the tourist-laden lighthouse, you’ll find an unexpected spot for smoked meats and Southern hospitality.

Taking advantage of the up-and-coming nature of Port Adelaide, Low & Slow American BBQ (formerly a food truck) moved into this permanent home in late 2015 with help from Renew Adelaide. Owners Angus Henderson, Angus Kiley and Jim Morrison brought a loyal following with them.

Their crowd-pulling menu features a selection of meat, seasoned and smoked for up to 18 hours on site. Staples include beef brisket, pulled pork, thick racks of ribs and a rotating chook, all available by weighed portions.

As per Southern American tradition, the meats are served on paper-lined lunch trays and come with pickles and your choice of sides. A banquet option is available for $35 per person and features all the daily meats, ready to be drenched in one of two housemade barbeque sauces. It’s messy work, which is why every table has its own roll of paper towel.

Wipe off your hands to get them around a glass of crisp tap beer by Little Bang Brewing, or cap the night with a Buffalo Trace whiskey on the rocks.

The laid-back space is peppered with American artefacts such as numberplates and signage; and a simple chalk drawing by local artist Ira Gontcharov.