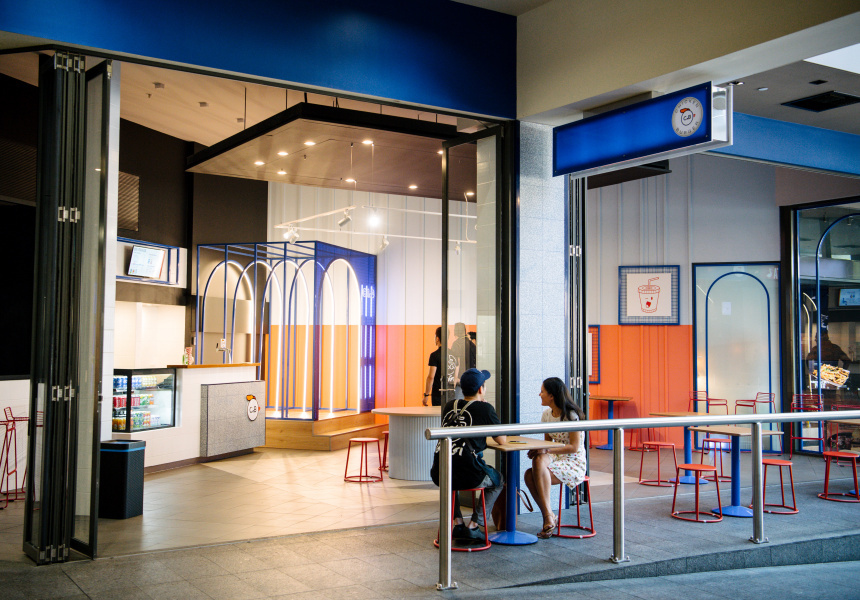 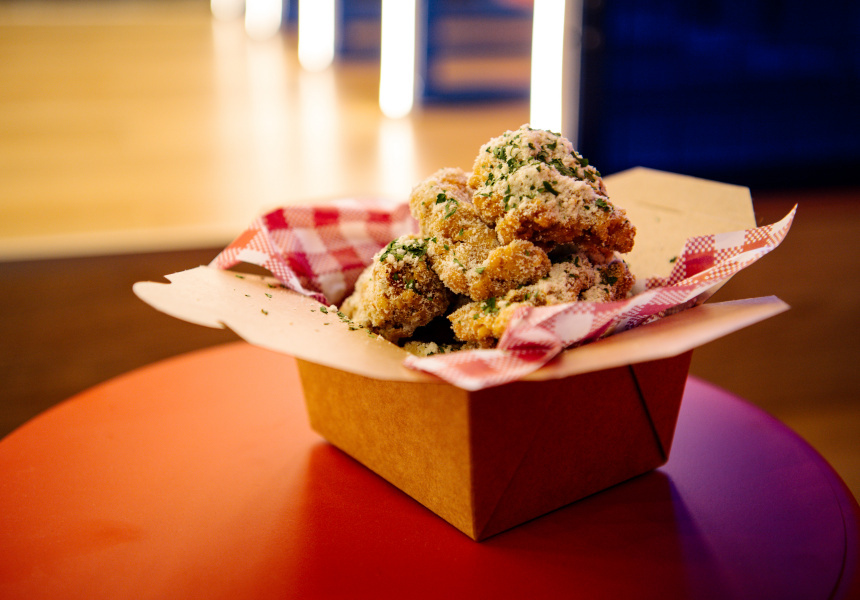 Hyunwoo Kang was born and raised in Seoul before moving to Adelaide in 2006 on a working visa. He loved Australia, so he returned to live here permanently and study at Le Cordon Bleu, where he met Steven Lee from the Plus 82 Group (which owns Pocha, Gogi and Mimi).

Now he runs CNB (Chicken and Burger) with co-owners Lee, Kelsey O’Riley and Terry Hwang. Through the South Korean street food at CNB, Kang brings his favourite childhood dishes back to life in the eastern suburbs.

Ideal for a quick bite before catching a film (or a jaunt around the streets of Norwood), CNB’s simple menu features burgers, Korean fried chicken and “K-Dogs”, which look a lot like the corn dogs you know and love but can be covered with different sauces and get a potato wrapped around the outside, all before being rolled in sugar to finish.

You’ll have to watch out for the spicy options, because CNB means business on that front – the gochujang (Korean chilli paste) is used with gusto.

The colourful, playful interior is very welcoming and to drink there’s a house lager on tap or cans of Korean beer.