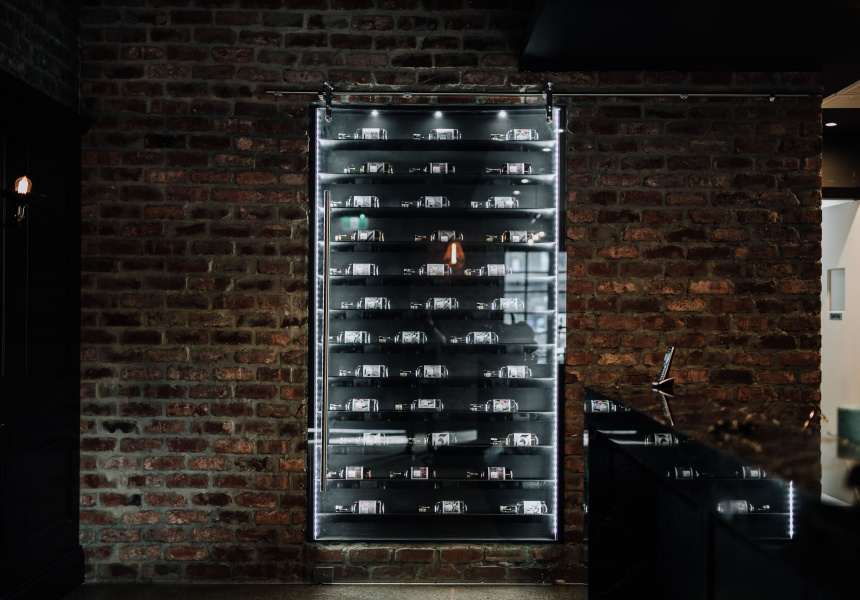 Behind the imposing double doors and black stone facade of a former adult bookstore on Melbourne Street is 23rd Street on Melbourne, a city base for Renmark's 23rd Street Distillery and its parent company, the Bickford's Group.

Exposed-brick walls and stained timber dominate the interior, which also has a colourful mural by local artist Julia Townsend. Her work adorns the label of 23rd Street's Australian Vodka. Next to those bottles is a small copper still to let you know that the venue hasn’t technically joined the ranks of Adelaide's small bars. Though there's only room for 70 people – including a small outdoor area – 23rd Street operates under a producer's licence.

All the distilling takes place in Renmark, but that licence allows the bar to sell takeaway alcohol. The bar offers personalised bottle service – you can purchase and label your own bottle, then have drinks poured from it whenever you visit.

Alongside 23rd Street's gin, vodka, whisky and brandy, the bar is stocked with a range of drinks from the distillery's parent company. Those include Bickford's cordials and soft drinks, Beresford Wines, VOK liqueurs, Beenleigh rum and Vale Brewing.

Even the glassware comes from Wheel & Barrow, which is also part of the group – just about the only things behind the bar that don't come from the portfolio are specialty items such as bitters and vermouth. They’re used in the venue’s classic cocktail list. There are also four rotating beer taps, and a compact kitchen providing simple offerings like cheese boards and pizzas.

There's a spot set aside at the end of the bar for events such as gin-blending sessions, cocktail masterclasses and beer, gin and rum flights. Upstairs, a three-bedroom apartment has been converted into offices so the venue will be open by appointment during the day, as well as evening trading hours from Wednesday to Sunday.