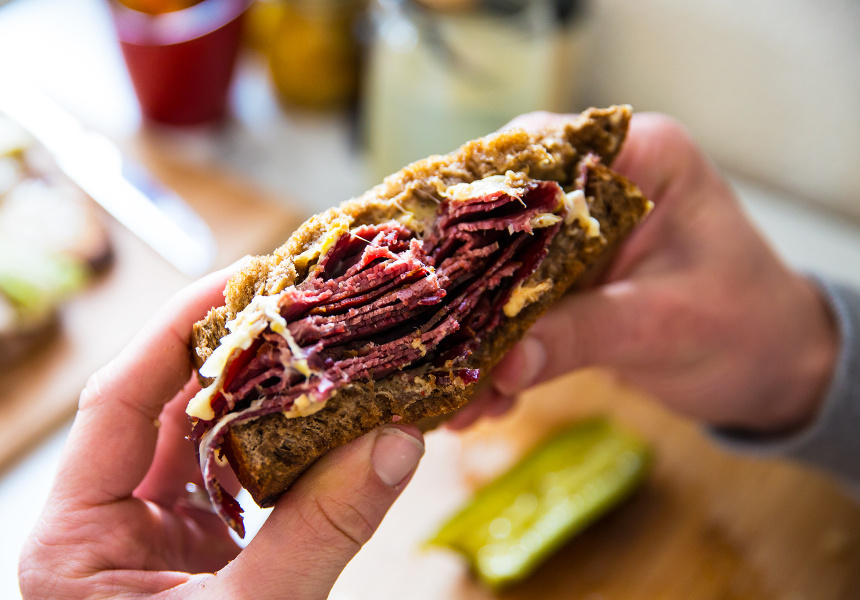 Few people come back from New York without raving about the pastrami-packed Reuben sandwiches. Paul Serafin is no different.

The former owner of sandwich chain Stax rethought his whole outlook on lunch, switching his allegiance from one US state to another. Whereas Stax celebrates the Philadelphia hoagie – a bread roll packed with artery-bothering fillings, The Flying Fig Deli pays homage to the New York Reuben.

A “from-scratch” mentality dictates his newer venture’s direction, where cordials and soft drinks, pickled veg, smoked pastrami, bagels and lox (cured salmon) are all made in-house.

The vinegar-based syrups known as “shrubs” are worth a try as the weather warms up. Combos could include rhubarb and ginger; beetroot and lemon; or kiwi, mandarin and vanilla. For something harder, there’s a compact wine and beer list (featuring Brooklyn Brewery) and brunch cocktails.