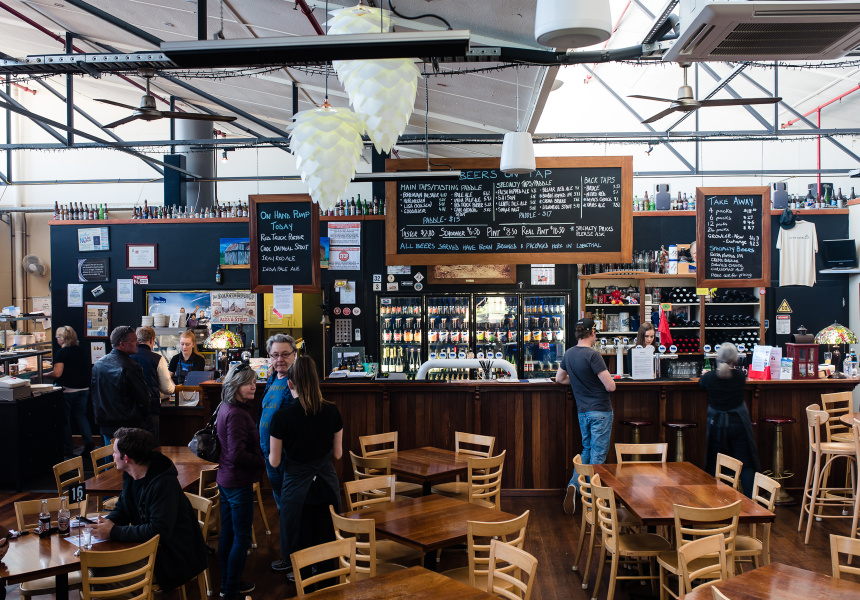 You’ll be hard pressed to find anyone in the Adelaide Hills more passionate about beer than Alistair Turnbull. After two decades in banking, he left behind the suit and tie and set up shop in what was, in the mid-1800s, Lobethal’s original brewery and hop kiln.

The idyllic location now holds a brewery, cellar door and restaurant, all under the Lobethal Bierhaus banner. Alistair and his wife Rose run the business more like a winery than a brewery or pub, brewing and hand-bottling 20 styles of beer on-site, before serving them in the attached restaurant and cellar door. The restaurant offers upmarket pub fare such as burgers, pastas and various grazing plates.

The Turnbulls also malt their own barley on-site – something virtually unheard-of at this scale – instead of relying on the Victorian sources that provide malt to most Australian breweries. Generic malt, Alistair says, leads to generic beer and Lobethal Bierhaus’s brews are anything but that.

The beer list consists of eight core beers, including a pilsner, India pale ale and chocolate oatmeal stout. There’s also a dozen or so seasonal and specialty styles, such as the rich Creme Brulee and even a lentil-based pale ale.