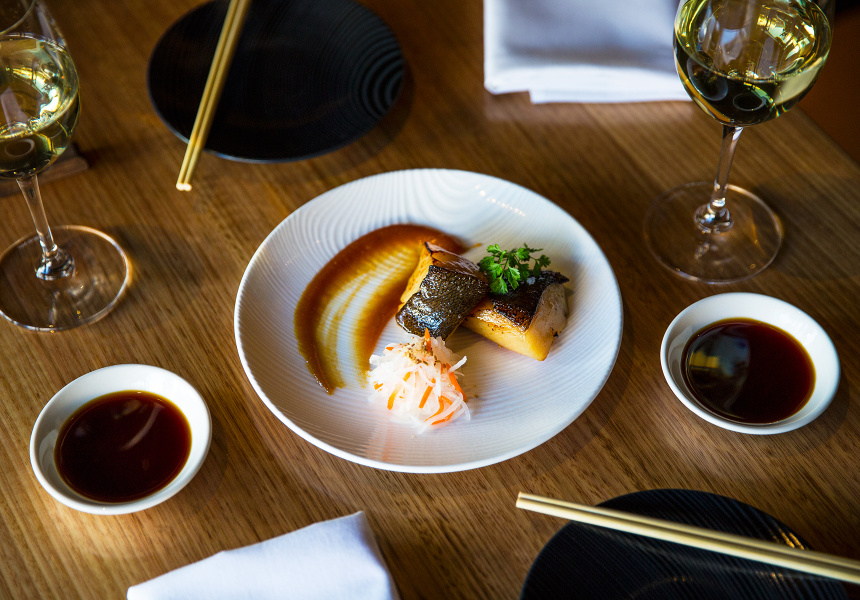 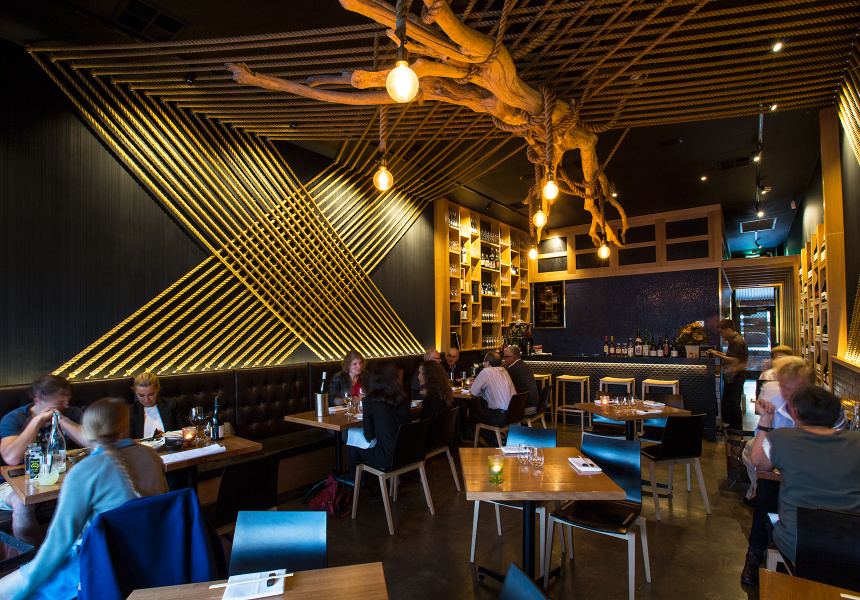 There’s no shortage of amazing Japanese restaurants in Adelaide, but Ichitaro Dining remains a standout. Its small size belies a deep and characterful menu.

The dining area is almost Spartan, consisting of dark walls and banquettes contrasted with groups of ropes strung tightly in parallel. Golden lightbulbs dangle from gnarled tree branches that hang from the ceiling. It’s clean, restrained and classy.

The menu is similarly luxurious, featuring Japanese classics such as nigiri, sushi and sashimi made with an artistry that matches the dining room. If you’re not feeling quite so traditional, try the nasu dengaku (miso-marinated eggplant); shio koji fish of the day with soba noodles; or the kingfish carpaccio.

After the mains, a small selection of desserts awaits, including ice-cream flavours such as green tea, sesame and mochi.

There’s also an impressive list of sakes from across Japan. Each entry has its own unique qualities and tasting notes. 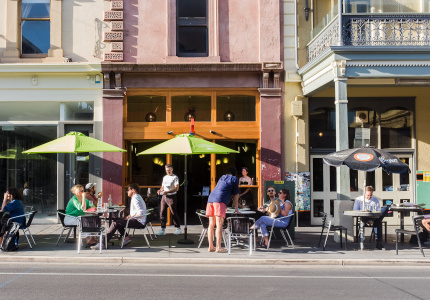 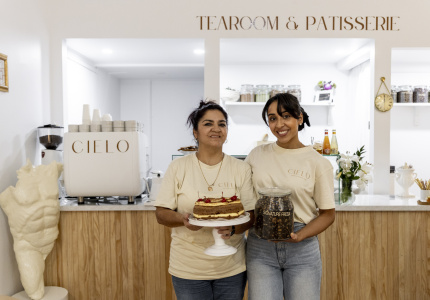