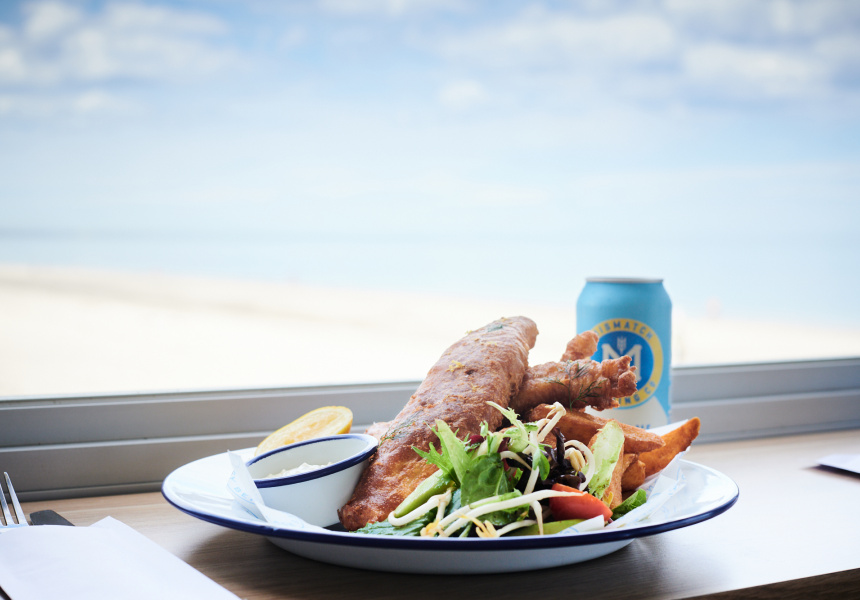 Striped beach umbrellas, a pastel-blue espresso machine and the smell of salt in the air: Joe’s Kiosk screams “seaside” louder than the waves crashing just metres away. A fixture of the Henley Beach foreshore since the '90s, the kiosk was purchased in 2018 by Cibo Espresso founder Roberto Cardone and business partner Mark Balnaves. Hugo Pedler (West Oak Hotel, Lion Arts Factory) came on board as co-owner and manager in March 2020.

Chef Krish Dutt, who previously cooked for Jordan’s royal family and is now on the pans at West Oak Hotel has designed a laidback all-day menu.

There’s the Spider Slider (a soft-shell crab brioche burger with sriracha mayo); eggs Benedict; a brekky bun with chorizo; French toast; and other cafe staples. As the sun sets, the bar mixes Passionfruit Mojitos and Pina Coladas. Trays of nibbles – such as kingfish sashimi and salt-and-pepper squid – roll out from the kitchen. And of course there’s fish’n’chips, made with locally caught fish.