Australia’s cutting-edge winemakers will assemble in a secret CBD warehouse. 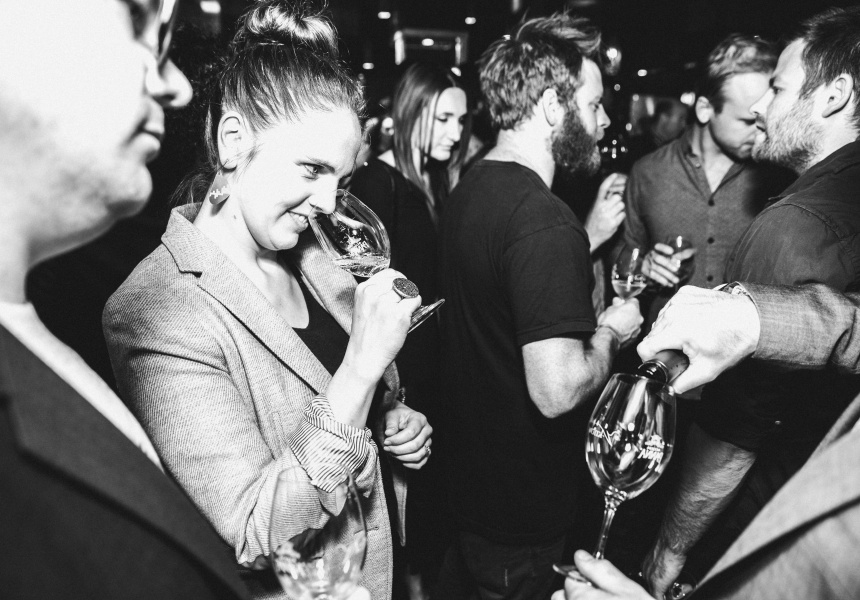 Ten years after its inception, Australia’s Young Gun of Wine awards are coming to the nation’s wine capital.

“South Australia has had more success in our 10-year history than any other state, and in the coming edition, SA has the greatest number of nominations among the states. So it’s reputation is without question or doubt.”

On Saturday November 19, more than 40 winemakers will take over a secret CBD warehouse for Young Gun of Wine UNCUT. The Henry Austin will serve its signature Australian “yum cha” with dishes made from locally sourced wild ingredients.

Kent describes the event as a “search and discovery” rather than a competition. The awards unearth Australia’s best emerging and progressive wine producers and new trends in the industry. “That’s the reason we get so many sommeliers and wine-bar and restaurant owners from around Australia following it every year; to discover the new talent to get on to their wine list.”

Downer received the Winemaker’s Choice Award back-to-back in 2015 and 2016. He says it’s a “special feeling” to be voted by his peers.

“Winemakers can be rather critical on wine and to be rewarded with their praise is amazing,” Downer says. “There is a lot of time spent hanging out with the finalists at various tasting events, bar and pubs, you become quite close friends, so this made it even more rewarding.”

Tickets are $55 (for all wine tasting until 10pm) and available here.