Where To: Adelaide Hills with Sarah Feehan

The front-of-house maven shares her go-to spots in the progressive wine region. 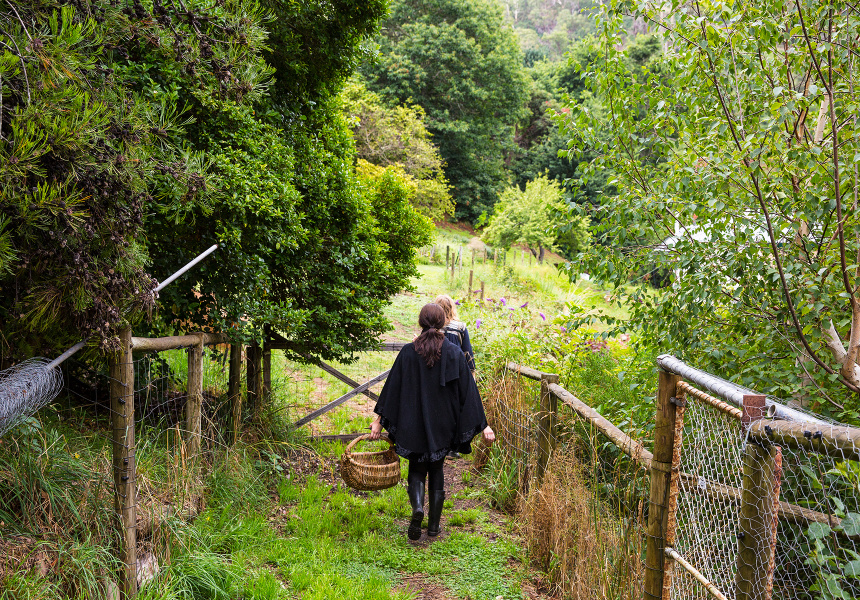 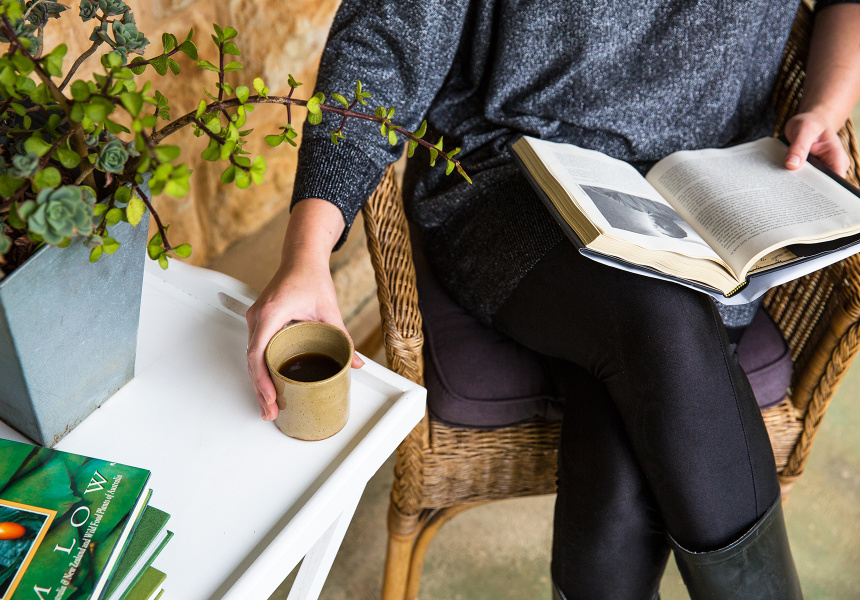 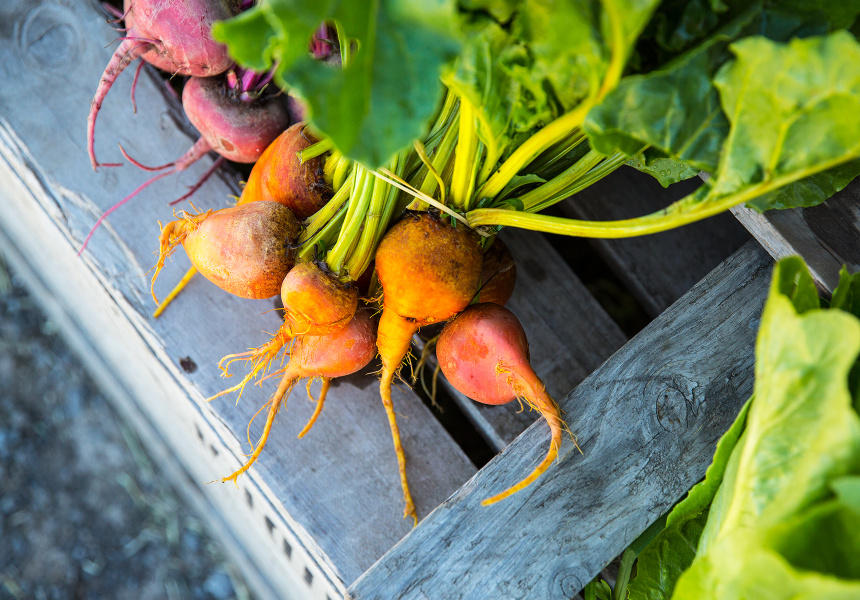 She’s worked the floor at Copenhagen’s Noma, Melbourne’s Attica and Kangaroo Island’s luxury Southern Ocean Lodge. But after a move to Adelaide and a stint at Orana, Sarah Feehan and chef husband Tim Bourke have settled in Norton Summit in the Adelaide Hills. Together the pair runs a series of pop-up long table dinners under the name South West Supper Club.

Feehan now heads the FOH team at Lost in a Forest in Uraidla. It’s part of an increasingly exciting and progressive pocket of the Adelaide Hills, which is making a name for itself nationally and internationally, thanks to a new wave of radical wine producers. Backed by plenty of local knowledge, Feehan shares her favourite spots in the region.

“I’m not usually up in time for breakfast so my day starts with a quick coffee while I’m running out the door. Fresh is best, so I grind to order and use an AeroPress.

“I’m lucky enough to live just a few hundred metres from coffee roaster (and car mechanic) Moshi Ezra. He sources 100 per cent Arabica from Papua New Guinea, Guatemala, Costa Rica and Colombia to name a few, and roasts in a tiny tin shed at his place in Ashton. He plans to set up a little tasting room, which would mean I no longer have to make it myself. We use his coffee at Lost In a Forest and you’ll also find it at Piccadilly Kitchen (Piccadilly) and Owl & the Elephant (Uraidla).”

“Of course I’m being massively biased here. My favourite restaurant in the Adelaide Hills is Lost in a Forest. This eclectic wood-oven wine lounge, built in a gorgeous little old church, was opened in June 2016 by winemakers Taras and Amber Ochota, graphic designer Charlie Lawrence and chef Nick Filsell. Each have brought their own unique ideas to the restaurant but with a unified sense of attention to detail. The wine list leans toward low intervention, delicious, light reds and crunchy whites; a strong emphasis on small local producers, grower champagne and gamay from around the world. Mescal also plays a big part in the mouth-watering piquant cocktails.

“Ingredients are sourced locally to make pizzas as creative as the space itself. As well as using the Ochotas’ vegetable gardens, fresh herbs are grown by Amber in half barrels for diners to pick their own basil, dill, thyme, sage or rosemary to customise their order. It’s also not uncommon for local friends to turn up with fresh pine mushrooms, porcini, herbs and other seasonal delights for menu deviation and creation.

“The space evolves with the seasons. In winter you can wrap yourself in a warm blanket with a glass of something exquisitely cosy in front of the fires, and in the warmer months the lawns are covered in brightly coloured Moroccan rugs, designed for luxuriating, sipping, and basically dining horizontally under the trees.”

“The Summertown Aristologist is a place for locals to come together, eat pickles and saucisson and, of course, drink wine.

“While serving as a quasi cellar door for Anton Van Klopper (Lucy Margaux) and Jasper Button (Commune of Buttons) where you can order their wines by the glass, half bottle or bottle, a trip downstairs to the cellar always has me overwhelmed like a kid in a candy store.

“The bottle selection includes delicious juice made by friends from near and far. Alongside wines by Tom Shobbrook (Barossa), you’ll also find rare gems by small growers from around the world like Jean-Jacques Morel, Philippe Bornard and Massimo Marchiori.

“It’s a place to eat, drink and restore, and thankfully the lights are usually still on when I’m on my way home from work. Chef Tom Edwards loves to cook and the menu places thoughtful consideration on the season with much of the produce coming from Anton and Jasper’s farms. Aaron Fenwick (part-owner and FOH guru) always knows exactly what you want, so leave yourself in his hands.”

“The Stanley Bridge Tavern is an unassuming little pub in Verdun. It was taken over last year by hospo guns Pablo Theodoros and Frank Hannon-Tan. While their plans for renovations include a shiny, new kitchen and a fresh, sophisticated dining room, their decision to leave the front bar largely untouched shows a consciousness of the role the pub plays in a small town. Each afternoon the room fills with locals and a little dog called Benny, who hangs out for most of the day waiting for his human to stop by for a knock-off on the way home. He’s even got his own little bed next to the fire. Smart little wine list, delicious, comforting food, pétanque, and the best beer garden in the Hills."

“The Adelaide Hills are so abundant with produce, as are McLaren Vale and Barossa. My partner Tim and I moved from interstate for this very reason. The quality here is the best in the country and much more accessible than Sydney and Melbourne.

“My working week starts on a Thursday. I begin the day at Taras and Amber Ochota’s. Amber has created the most glorious kitchen garden at their home and cellar in Basket Range. It’s pretty easy to lose track of time wandering through the flowers and herbs. We pick what we need fresh every day as well as flowers and foliage to decorate the tables at Lost in a Forest. It’s a wonderfully calming way to start the day.”

“Around the corner from Amber’s place lives Alice Nettleton. Alice (former chef at Fino) runs Quince Catering. She also makes preserves, jams and tea to sell at local markets. Behind Alice’s cottage grows a field of leucadendrons and proteas and a small patch of raspberries circles her magical little garden.”

“About halfway down Swamp Road in Uraidla you’ll find a stack of upturned apple crates filled with leeks, lettuces, cauliflower and onions grown by the Cobbledick family. The selection changes with the seasons and is often topped up with yummy things from neighbouring producers like Ashton Valley Crush apple juice and pear juice. Everything is kept chilled and topped up throughout the day.”