A Walkthrough: Inside the d’Arenberg Cube 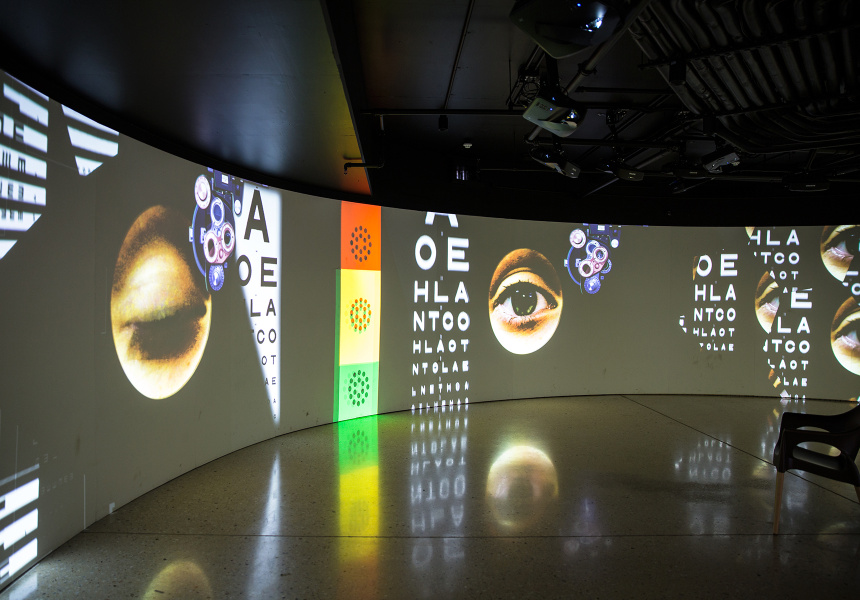 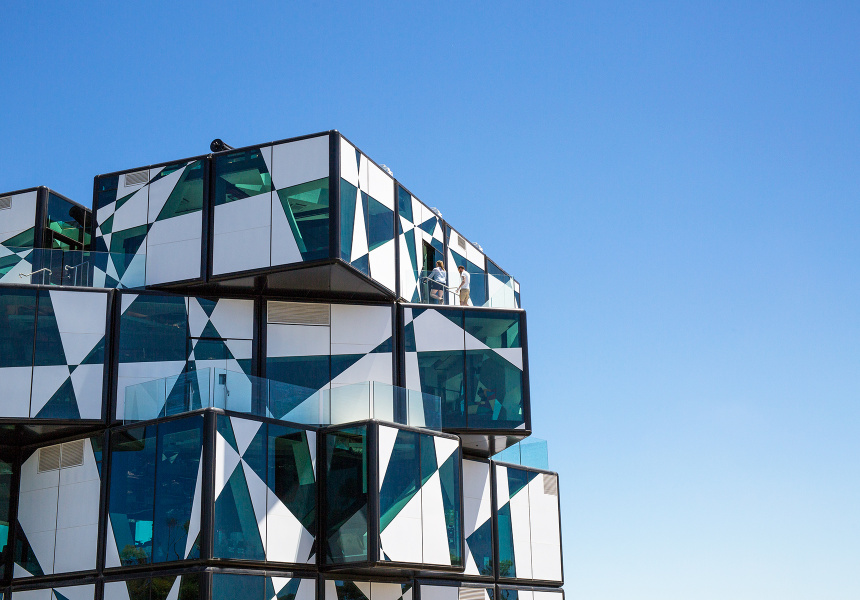 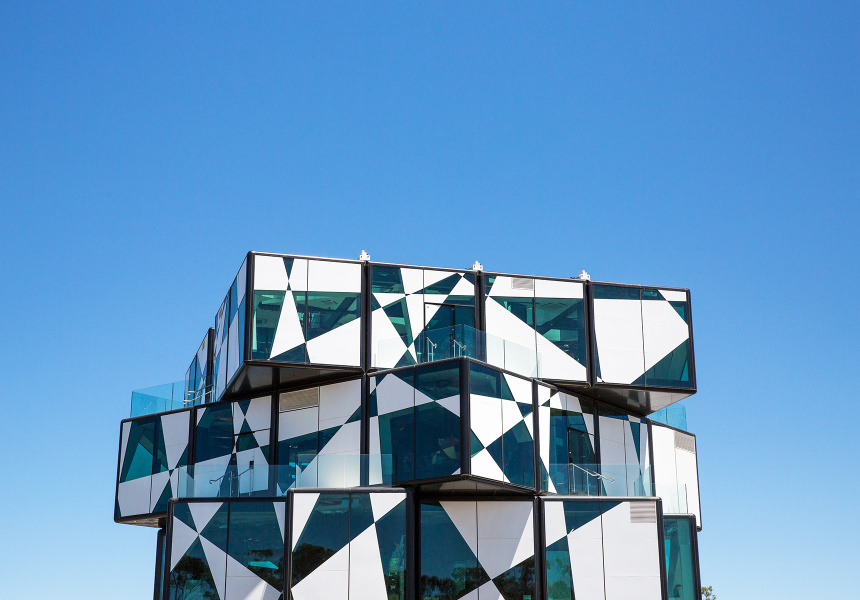 Sizing up a five-storey, semi-spun Rubik’s Cube in the middle of a d’Arenberg vineyard, I thought nothing else I’d see that day would rival it. I was mistaken.

It started as a figment of chief winemaker Chester Osborn’s imagination. Then, 14 years ago, it materialised into a half-metre-high model. Now a towering replica is arguably McLaren Vale’s most defining piece of architecture.

The long anticipated $15 million cellar door, fine dining restaurant and "Alternate Reality" museum opened in December and around 1000 visitors have poured in daily since then.

The Cube is not only unrivalled in form, but in function. Its exterior is just the tip of the iceberg.

The entrance frames a model of the winery’s production area. Oak fermenters seem to jut out as you approach. Get a little closer. It’s reverse perspective – they actually slope inwards. And it only gets weirder from here.

Bookending the model are a rusted fridge and oven. Each has a tiny peephole. Look in on one of Osborn’s raucous dinner parties “fuelled by first-growth Bordeaux wines,” he says.

We enter a room plastered with flowers on one side, and fruit on the other. You can’t see the walls. Aromas and notes you’d find in wine (apricot, coffee, caramel, cherry and more) sit in jars with bicycle horns attached. “Squeeze to smell,” says Osborn, grinning.

The only thing louder than Osborn’s shirts is his mind. He’s been likened to Willy Wonka, but his ground-level “Alternate Realities Museum” surpasses pure imagination. “The idea is when you have a glass of wine, and I have a glass of wine, we have a different reality, we think of the wine differently.” It’s intended to heighten your senses before a tasting.

A 360-degree video room is next. It’s on a 10-minute rolling cycle. Arachnophobic? Proceed with caution.

In a minimally lit room you can just make out a projection of someone foot-treading grapes. It’s beamed onto thousands of floor-to-ceiling strips of VHS tape that create a dense circle. “Meet you inside!” Osborn says. We each lash at the tape before meeting in the middle. It’s pitch black and I’ve all but lost my bearings. “It’s like you’ve fallen over in a fermenter,” he says.

There’s a method to (or at least an explanation for) his madness. Get a look-in via the museum app, which uses “beacon technology” (get closer to an art piece and its beacon gets bigger; tap to learn more) like that at Hobart’s MONA.

Head up the mirrored stairwell. On level three you’ll find premium tastings, masterclasses and blend-your-own experiences. Calling level five a “cellar door” doesn’t quite cut it. It’s not a rustic shed or a converted homestead. Rather, a shiny, sun-drenched penthouse crowned with double-tempered glass (mimicking the cube’s sides) and 16 retractable umbrellas – 15 black and one red – of different heights and angles. Patchwork, multi-coloured lounges feel suitably out of place. But I think that’s the point.

A winery with 500 acres of vineyards to its name (Australia’s largest biodynamic grower, says Osborn) needs a hub of similar proportions. Clad with 112 screens, the glass-topped, lip-shaped bar has seven times the space of its predecessor. 40-odd wines are on tasting.

All of this, it should be said, can be experienced with a measly $10 entry fee.

A staircase in the cellar door leads down to the restaurant. Here's where you need your wallet. The kitchen is presided over by Michelin-trained husband-and-wife duo Brendan Wessels and Lindsay Dürr (Leonard’s Mill).

“Labels aren’t a big thing for us,” Wessels says. “We deliberately don’t restrict ourselves to a particular genre. We want to break the current status quo within the restaurant industry that you have to abide by a certain template to be successful.”

The vision is ambitious, boundary pushing, and its own art form, really. In line with the ground-level museum, things aren’t always as they seem. “Often dishes will look like one thing but taste like something else,” Osborn adds.

A washed-rind cheese (or what appears as such) arrives at the table. At this stage I know better than to take anything on face value. Wessels explains: it’s fromage blanc and stracciatella draped in a hay-infused yuba (tofu skin). Port-jelly-coated foie gras mousse with duck crisp masquerades as a pair of grapes and their tendrils.

“Did you play in rock pools as a kid?” Wessels asks, out of the blue. We’ve moved into the kitchen and he’s plating up a scallop dish on a thick piece of glass. Underneath is a wooden chest filled with rocks, masking chunks of dry ice. He’s recreated an intense seawater which, when boiled and poured over dry ice, replicates the unmistakably salty rock-pool scent.

Two 3D-printed elements – one of them a white-chocolate, Japanese-style ganache – feature in his deconstructed lemon-meringue pie. It’s one of the first restaurants in Australia using the cutting-edge technology.

It’s a lot to take in. “How does Osborn retain all of that information?” I ask one of his staff, on the way out. She replies: “It’s been percolating in his head for 14 years.”

I’d say come prepared, but not a lot could prepare you for this.