We go behind the scenes with the macaron man. 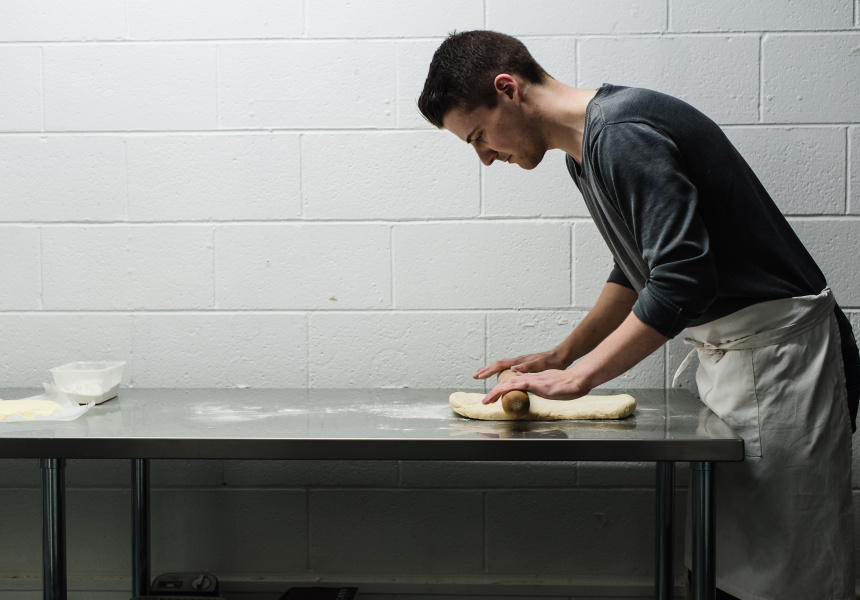 Twice-baked lemon-meringue croissants; Lolly Gobble Bliss Bomb; and strawberries-n-cream Chupa Chup macarons. It sounds like a scene from Willy Wonka, but this stuff is made right here in Adelaide, courtesy of Sugar Man Patisserie.

It’s a small operation with a mad-scientist vibe. Alex Crawford, the man responsible for the city’s macaron craze, has opened his first wholesale bakery in the old Mac Factory on Hutt Street. Having cleansed the space of any lingering juju, he can be found there baking, rolling, proofing and tinkering at all hours.

Mostly he makes macarons, which are supplied to the likes of Larry and Ladd, Please Say Please, and Coffeelosophy. Despite the creative nature of his products, the pasty chef is as much diligent perfectionist as he is wild inventor.

Nostalgia and storytelling drive him to recreate “evocative flavours from childhood”. He cites cookbooks by crackpot chef Adriano Zumbo as a major source of inspiration, alongside Heston Blumenthal. He met Zumbo in Sydney and keeps in contact to discuss trends, techniques, and to troubleshoot recipe ideas.

Crawford didn’t always have big pastry names in his phonebook. At 14 he trained as a commis chef (the bottom rung on the kitchen ladder) at acclaimed Chloe’s Restaurant. He was hooked by the finesse and joie de vivre of fine dining, but preferred desserts to deboning quail.

His vision took shape when he met “the other Baker” (former Coffee Branch owner Josh Baker) during time as a TAFE marketing student. One day, during a visit to his morning local, he produced a batch of macarons baked the night before in his mum’s oven. Baker was impressed and agreed to trial a couple of flavours on his customers. The result was a hit. Crawford swapped textbooks for cookbooks and these days Sugar Man produces more than 350 crispy-shelled creations a week to keep up with demand at cafes across town.

Since May 2016 Sugar Man has called Hutt Street home. “I’ll reassess when the lease is up and see where I’m at,” he says. The narrow, white space is serviceable and a big step up from the home kitchen. There’s an oven, a few benches and sinks, a collection of dyes, ingredients and a deck chair for an office.

The plan from here? “More of the same.” With stage one of the expansion now complete, he wants to shape the operation into an efficient wholesale business. His next investment will probably be a sheeter for laminating pastry (which Crawford currently does by hand). Then, maybe, an apprentice.

Crawford loves coffee, and thoughts of a cafe-bakery constantly knock about in the back of his mind, but he admits he’s much more comfortable back of house with his imagination, his ingredients and his toys. 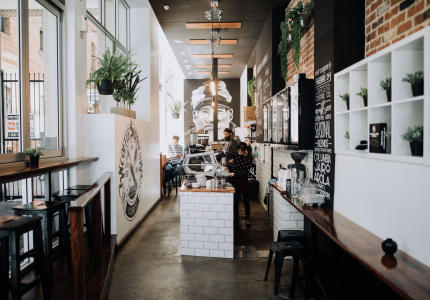