An Asian-inspired “fire house” in the West End. 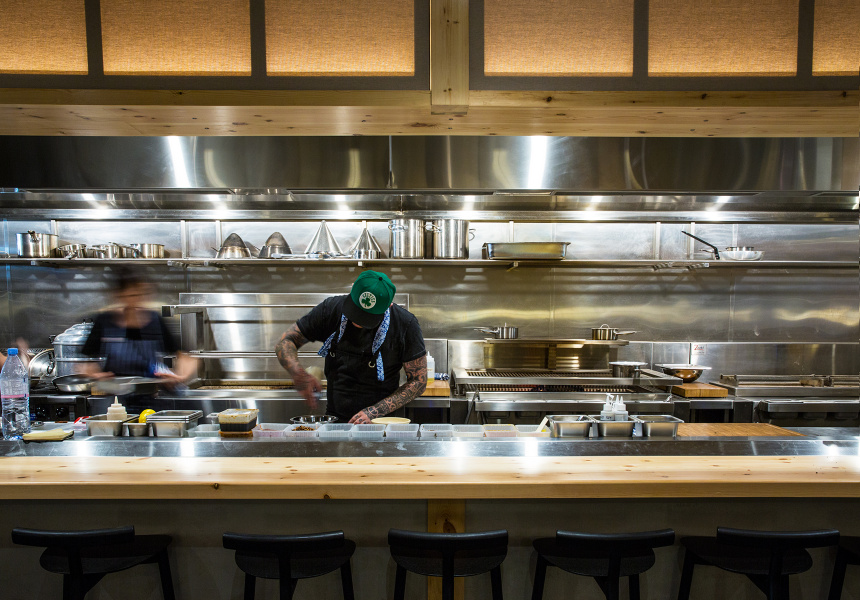 There isn’t much restaurateur Simon Kardachi hasn’t done; from burgers and hot dogs, to fine dining and (almost) everything in-between. Now he’s adding Asian cuisine to his repertoire.

“It was something I had sitting in my back pocket – modern Asian, small plates,” says Kardachi. “But I didn’t have a chef I thought could deliver it for me.”

The former Bollywood site on Leigh Street has undergone a complete re-fit to become Shōbōsho – the ninth instalment in the Kardachi series (which also includes Osteria Oggi, Press Food & Wine, The Pot Food & Wine, Proof, Maybe Mae, Bread & Bone and two Melt locations). It was spurred on by Adelaide-born Liston who, after a decade working in Melbourne and China, reached out to his former boss. He floated the idea of a next-level option for Asian barbeque.

“There’s a real stigma around yakitori,” says Liston. “Everyone thinks putting things on sticks is simple, but there are yakitori houses in Japan with Michelin stars.”

The $200,000 open kitchen was designed from scratch to allow for a fire-powered menu that draws predominantly on Japanese and Korean influences. There’s a wood oven, hydraulic grill, rotisserie and customised yakitori grill.

The menu also includes kushiyaki (“anything other than chicken on sticks”); Hong Kong- and Japanese-style dumplings; and a raw-bar section. But fire is the focus here, right down to burnt nori jams and charcoal salt curing. The kitchen offers all-day service. There will also be a contemporary take on yum cha on Saturday and Sunday mornings.

South Australian produce is at the forefront. Liston and his team use organic, free-range Fleurieu Peninsula chicken, Boston Bay pork (specifically for spit-roasting) and Port Lincoln seafood. But there are some things Liston prefers to import. Staples such as soy sauce, sesame oil and chilli paste have been hand-picked from single-origin suppliers in Korea. “They’re coming from a place of pride rather than being mass produced,” says Liston.

The small plates are made for sharing over a drink, and they haven’t skimped on that front. Oliver Margan (Maybe Mae) is behind the cocktails and the sake selection, and Josh Picken (Orana, Magill Estate) is taking care of the wine. Japanese and Korean beers are a given.

Designer Studio -Gram has taken a minimalist approach that “reflects the menu”, creating a seamless kitchen-to-restaurant transition. Fire-blackened timber is a stark contrast to the natural grain of the tables and overhead light boxes. Partition-less booths make for a bustling, izakaya-style dining experience and sunken seating looks onto an alfresco area on Leigh Street. Following in Oggi’s footsteps, the cellar will soon house a seven-seater private dining room with its own yakiniku (grilled meat) grill. 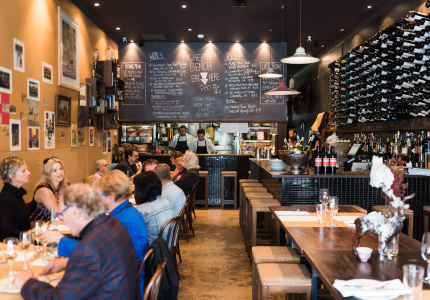