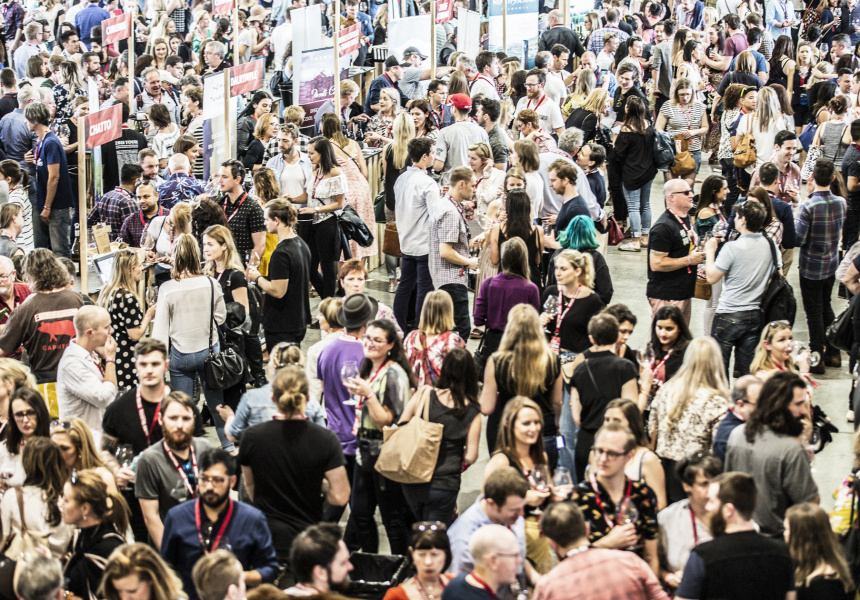 David Bowley has a title to defend. The Vinteloper winemaker was crowned national people’s choice winner at Pinot Palooza 2016. This year, he hopes to strike again.

“We were runner-up the year before [too],” says Bowley. “Last year we smashed it – that was really cool, especially because of the calibre of wineries that are part of the tour. They’re some of the best, most highly respected producers we’ve got. To get ranked amongst those people as number one by the people who count – the people tasting the wines and trying them – is pretty epic for us.”

The national touring festival from the team behind Game of Rhones and Bottle Shop Concepts hits Adelaide Gaol on Saturday. So out of all the grapes, why is pinot picked for its own plonk palooza? Besides the opportunity for alliteration, Bowley suggests, “It’s the most popular red wine variety of Gen Y drinkers”. “It’s definitely lighter, much more subtle” than other common reds, he says. “It’s the wine your dad doesn’t drink. It doesn’t have the bold, jam-y, smash-you-in-the-face kind of characteristics. It’s a bit more refined.”

More than 100 pinots from 25 producers from South Australia, Victoria, New South Wales, Tasmania and New Zealand will be available to taste. But if you think sampling one varietal might get repetitive, think again. The complex red grape is “very different depending where you come from” says Bowley. “It’s a grape that’s capable of grace, finesse and complexity in one part of the world … and power and depth somewhere else. People would know New Zealand pinots to be a more powerful and intense style – they tend to be pretty deep in colour, a little bit more like shiraz – whereas wines from the Adelaide Hills are typically more graceful.”

One of the latter is Vinteloper’s PN/16, which you can try on Saturday. Bowley compares the drink’s “warmth” to the “analogue beauty” of a record player. “There’s a real beauty in the lack of technology there and that’s the way we style our pinot.” He’ll also have his “top shelf” Odeon pinot with him. “[It’s] the liquid embodiment of our dreams. That’s probably a bit over the top, but it’s simply the best we can do. It’s a wine we don’t make every year and we don’t make very much of it.”

But it’s not just about Bowley’s wines. The Adelaide Hills producer has a few tip-offs on other drops to taste at the event. “Moondara from Victoria are really cool. [Winemaker] Neil [Prentice] is an absolute hoot; he’s definitely one to visit. Yabby Lake, they’re really cool wines … and of course all our Adelaide Hills buddies, especially [Shaw & Smith offshoot] Tolpuddle. A lot of people don’t think of NSW as being a great wine-growing area but there’s a winery coming from Orange called Swinging Bridge … people should check them because they’ll be something different. Also [New Zealand’s] Charteris.”

There will also be Spanish stews and tortillas from Comida Catering Co; sliders and grazing plates from Jessie Spiby’s Jessie Does Food; and cheese platters from Woodside Cheese Wrights.

For Bowley, these tasting events are all about connecting with the consumer. “The main game is connecting with people who want to connect with us,” he says. “You still get a few old-school types talking about clones [a cutting of a “mother” vine] and French oak, but that’s not what we’ll be talking about.” It’s the reason he launched Urban Winery Project, which brings Vinteloper out of its Norton Summit home and into cities around the country. “When we started out, coming up to nine years ago, it was really cool to be dynamic and disruptive and stuff like that, but eventually people want to come and visit you.”

Auspiciously, Vinteloper will open a cellar door with several Adelaide Hills producers next year. Bowley’s keeping mum on the location – and the team – but promises “something really epic” for the Hills. Our money is on the highly anticipated Nairne juggernaut from Mismatch Brewery, Adelaide Hills Distillery, The Hills Cider Company and Ashton Valley Fresh.

Pinot Palooza Adelaide is on Saturday August 5 from 1pm to 6pm at Adelaide Gaol. Tickets are $60 and include a take-home Plumm Vintage Redb glass. Attendees can vote for their favourite pinot noir on roving iPads, putting them into the draw to win PLUMM Decanters to match their take-home wine glass. 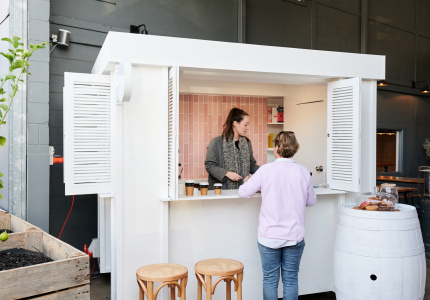