The CBD cafe is launching its own roastery. 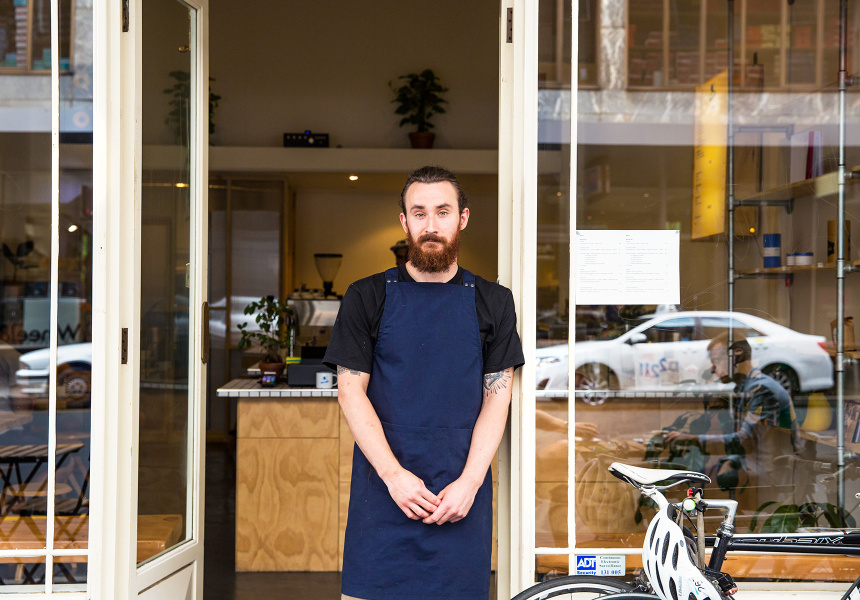 Jarrad Sharrock moved back home to Adelaide from Melbourne with a plan: open Monday’s Coffee Store and reacquaint himself with the local scene. Then (within, say, 24 months) be roasting all the coffee sold through his store.

Monday’s Coffee Company’s shiny new Probat roaster is due to land on April 13, marking exactly two years – to the day – from when he first threw open the doors on Gawler Place.

Sharrock is a firm believer in the “shop local” movement, though he feels it’s often mis-marketed and appears more difficult than it actually is. “For every $1000 worth of coffee from a Melbourne roaster that’s sold in SA, that $1000 goes back east,” he says. “If a cafe uses a local roaster, that money stays in the state.” It’s a simple sentiment that creates huge opportunities for the local economy.

With new, high-quality SA roasters popping up every few months, he says there’s really no need to look beyond our own borders.

Sharrock has been serving Monday’s own since January, roasted under guidance from Monastery Coffee’s Adam Marley. Soon he’ll have a roaster and 250 square metres of warehouse space in Bowden to call his own.

Switching from Small Batch Roasting Co was a gamble, but it provided a high benchmark to aspire to. “I wanted our coffee to be at least as good as what Small Batch was offering.”

For now he’s not straying too far from his – and his customers’ – comfort zone, purchasing the first shipment of raw beans through Small Batch’s sister company Shared Source. “It was the natural evolution of our relationship,” he says.

Stop by Monday’s and taste two new brews you wont find anywhere else in the world. Sharrock was so impressed by the coffees – grown by Colombian farmers Jhon Freddy and Harold Pajoy – that he purchased the entire crops. Get in before they’re gone.

Monday’s is also collaborating with Mischief Brew to create a nitro-flushed cold brew coffee. Keep an eye out for it pouring, on tap, at The Royal Croquet Club and The Garden of Unearthly Delights.