A brand new taqueria in a small-bar setting. 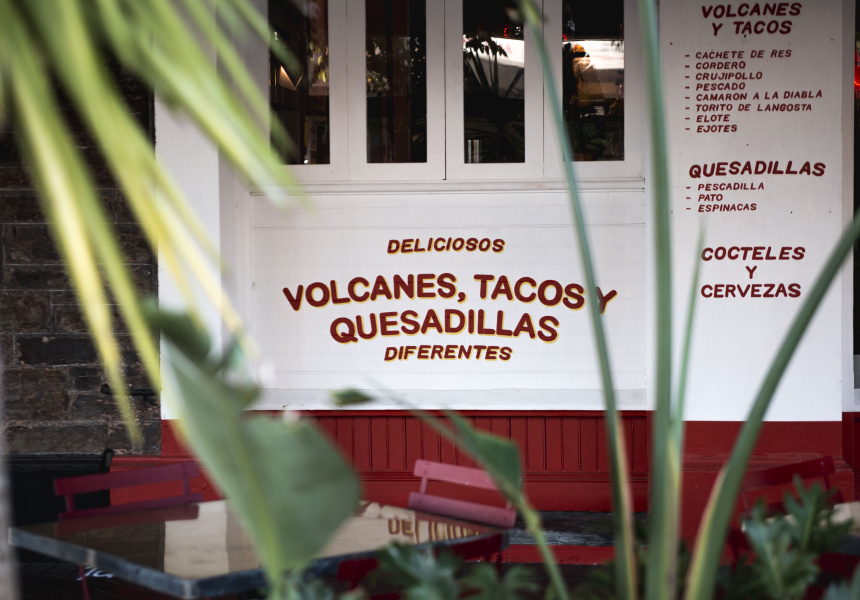 “It’s essentially a taco bar,” says Alex Kleut, owner of Adelaide’s newest taqueria on Gouger Street. “There are more of these than restaurants in Mexico.”

Kleut worked in the same space when it was Sangria Bar (adjoining the now-closed Mesa Lunga). More recently, it was an extension of Mexican Society of Chinatown.

As for the food, “The menu keeps it as authentic as possible,” says Kleut. “As does the amount of tequila we have.”

There’s a list of fillings – including crunchy fried chicken, grilled lobster and tempura-battered snow peas – that can stuff a taco or top a volcane (a fried tortilla stacked with toppings, similar to a tostada). Quesadillas round out the menu. After the Rosemont Hall Fire, a Golden Phoenix May Be Rising From the Ashes