Your Guide To RAD Beer Week 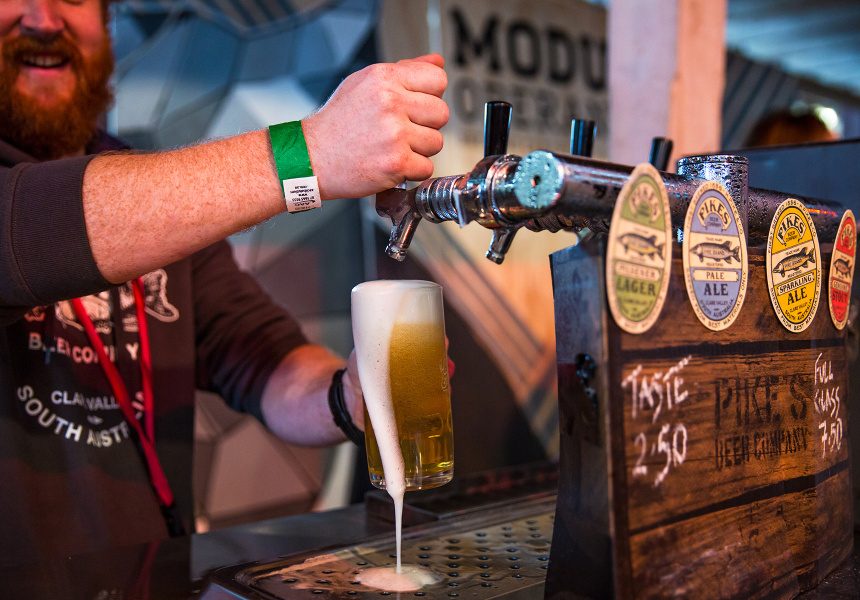 The hugely popular Adelaide Beer and BBQ Festival is expanding from three days to a massive 10. Its inaugural offshoot, RAD Beer Week, includes events, dining experiences and parties spread around some of Adelaide’s finest breweries and pubs. Here are our picks for celebrating craft beers and ciders, with a distinctly Radelaide flavour.

Moon Dog plus Little Bang equals Party!
Adelaide’s little brewer that could, Little Bang Brewing Company, is hosting interstaters Moon Dog. Together they’re making a concoction for one night only, pushing the boundaries of flavour, experimentation and (with any luck) decency. Both are renowned for dabbling in uncommon flavours, such as watermelon, hibiscus, truffle, chilli, pumpkin and others. There’ll also be eight beers from the two brewers, rotating on 12 taps – including six brews never-before poured in SA.

Boilermaker Masterclass with Stomping Ground
A “boilermaker” is a beer cocktail (of sorts) originating in blue-collar bars in the US. It’s basically a beer served with a shot of whiskey, designed to get you where you’re going, fast. From humble beginnings, it’s been elevated to ritual status, as brewers and distillers search for the perfect pairing. Where better to explore the mateship between beer and barley than NOLA? Participants will be led through a flight of five potent pairings, and be among the first to sample a new brew from NOLA, designed specifically for boilermakers. It’s intriguingly described as “a twist on the classic Manhattan cocktail.”

NOLA’s dedication to supporting craft beer is legendary. The venue paid for its 16 beer taps though a crowdfunding campaign in order to ensure it wasn’t tied to any particular brand. Following the masterclass, Victorian brewers Stomping Ground will have rule of the joint; a full takeover of the taps.

Prancing Pony Brewery Degustation Dinner
Mount Barker’s Prancing Pony Brewery is teaming up with La Boca Bar and Grill chef Nicolas Arriola and Dr. Sue Bastin for an evening of exploration across all the senses. Arriola’s five-course menu is designed to harmonise with a selection of ales, and Dr. Bastin will act as your sensory guide, explaining the science of aroma and flavour. Dishes include coriander- and black-pepper crusted tuna loin and confit tomatoes (served with Prancing Pony’s Pale Ale). And prawn and scallops ceviche, pineapple, tomatoes, lime, red onion and mint (paired with Prancing Summer Ale).

Bitter & Sweet
Chocolate and beer? Normally this isn’t a combo we’d be too keen on, but with Steven ter Horst and Hawkers Beer collaborating, the prospect sounds pretty sweet. The man himself, chocolatier Steven ter Horst, will lead the event alongside master brewers Justin Corbitt and Mazen Hajjar. Try chocolate-infused beer, and a range of handmade delicacies matched to selections from Hawkers’ special release and core ranges.

King’s Cellar Beer Degustation
“Eat local, think global” at the King’s Head Hotel. South Aussies to the core, The King’s Head serves only SA-bred, brewed and barrelled produce. For RAD Beer Week the city pub is hosting a five-course dinner with beers from local microbreweries Mephisto, Western Ridge, Ministry of Beer and Left Barrel Brewing. The menu is yet to be released, but we’re marking this down as a home run regardless.

If you don’t feel you’ve quite got the chops to cut it with the big guys, get involved in the Bootleg BBQ competition at Little Bang Brewery. The one-day competition on July 23 is for those trying their hand at barbequing. There are two categories – beef brisket and pork ribs – and the winner will be granted a wildcard entry to Up In Smoke.

Adelaide Hills Beer & Cider Showcase
For something a little fancier, head to the Intercontinental’s Atrium Lounge for a beer and cider appreciation night, with a focus on the Adelaide Hills region. Enjoy sweeping river views as you sample ales from Prancing Pony and ciders from Lobo, accompanied by a selection of small plates from the hotel’s kitchen.

It’s fitting only the best brews will be served in this glamorous setting. Among them is the India Red Ale, crowned Supreme Champion Beer at 2016’s International Beer Challenge in London. 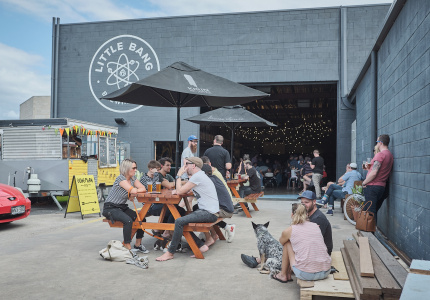