International culinary superstars will join forces with local heroes for a series of dinners in Victoria Square. 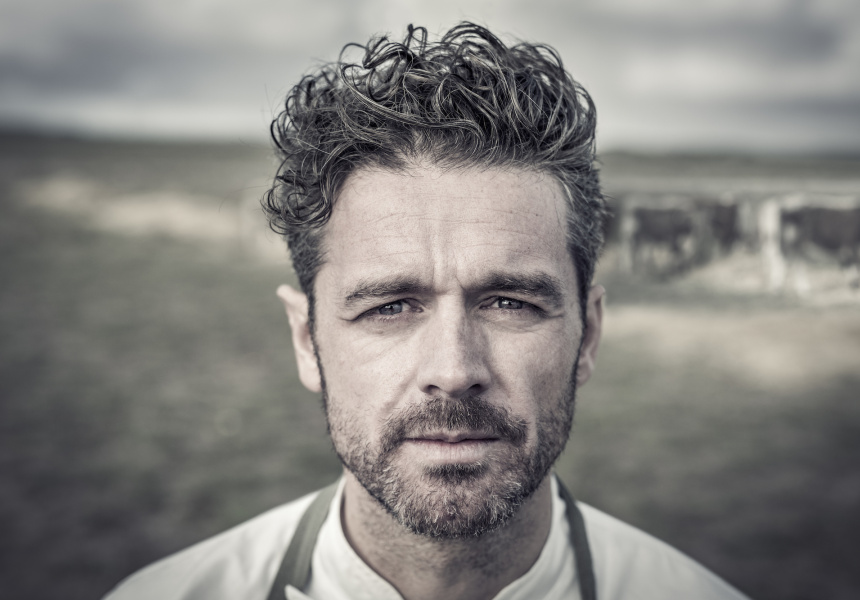 Victoria Square has been noticeably quiet this month, but that’s about to change with the arrival of The Glasshouse Kitchen in Town Square. It’s Tasting Australia’s showpiece restaurant and it will see international chefs such as Marco Pierre White and Ana Ros pair up with local heroes such as Jock Zonfrillo.

Visiting chef Ros – who was recently crowned World’s Best Female Chef 2017 at the World’s 50 Best Restaurants academy – will be cooking for the first time in Adelaide.

With no formal training, Ros took over the kitchen in her husband’s family restaurant in rural Slovenia in 2000. Since then she has used a “zero kilometre” approach in her acclaimed restaurant, Hisa Franko, sourcing local ingredients from her direct surrounds.

Tickets to Marco Pierre White’s Italian Feast at FINO Seppeltsfield were snapped up last year, but fans of the culinary superstar have two new opportunities to experience his cooking, including a collaboration with Zonfrillo and Wells at the Glasshouse Kitchen. He will also take over Sean Connolly’s Sean’s Kitchen – and rename it Marco’s Kitchen.

Local talent will be celebrated at Food, Booze and Dancing Shoes, a tasting party curated by Jessie Spiby that will showcase our best young food and booze producers.

The eight-day festival has upped its focus on booze this year with a range of events honouring South Australia’s relationship with wine. East End Cellars will host free wine tastings and a series of masterclasses that look at 10 years of Rockford Basket Press and six vintages of Penfolds Grange. The Fruitful Pursuit returns to Tasting Australia – after making its debut at the festival last year – with The Great Wine Voyage, a bar hop around the city for which guests will blind-taste local wines and compare them to tastings from the world’s iconic wine regions.

In the Hills, Uraidla will host a Fresh Wine Disco at which 35 freshly picked new vintage wines from across the country will be tasted straight from the barrel.