Winenot Is a New Breed of Wine Tour, With Pizza Making, Vineyard Stories and DJs in the Vines 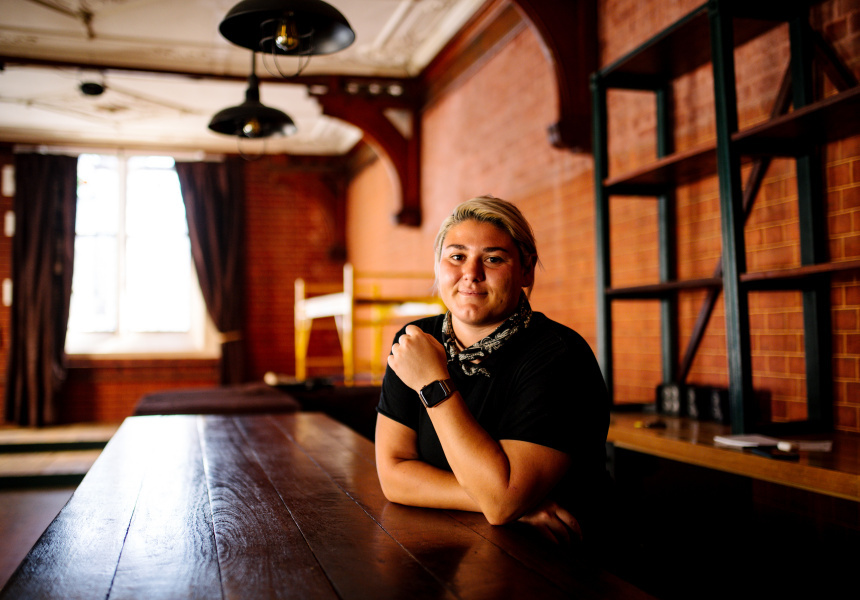 Alexandra Cannizzaro is about to open her first bar, Anna’s, in the former home of the British and Foreign Bible Society. But for someone who’s expert at keeping busy – she’s owned four juice bars and four florists, and still runs occasional tasting parties Vino Disco and Gingin – it’s no surprise Cannizzaro is simultaneously knee-deep in another venture. Her latest project is Winenot, a monthly bus tour showcasing South Australia’s wine regions. “We are the city of churches, yes, but we’re also the city of wines,” Cannizzaro says.

Kicking off at the end of April with a tour through McLaren Vale, the Winenot bus will depart from Anna’s in the morning and return at night. In between, there’ll be a hop-on, hop-off service taking in regional wineries and restaurants. “Normally [wine tours] just drop you off at the winery and pick you up in an hour’s time,” says Cannizzaro. “[For Winenot] each winery will have its own experience. So you don’t just go there to taste wine; there’s a different themed experience at each one. And then we’ll come back to Adelaide and have a street party.”

Think of each winery stop as an individual event. There’ll be special activities running on the day for Winenot visitors, like a pizza-making masterclass, a factory tour to see how wines are bottled, or a guided tour through the vineyards. “One winery could feel like you’re in Tuscany; the next winery, it could feel like you’re in Vietnam,” Cannizzaro says. “We’re doing that by talking to restaurants in the CBD to showcase their foods – so, you could be making pasta in the vines. And towards the end of the day, there could be a DJ in the vines, or you could walk through the vineyards with the winemaker to know their story.”

Cannizzaro hopes the event will encourage greater appreciation for the wineries on Adelaide’s doorstep. “As a city, we do not honour them ... You go to France, you go to Italy, the regions – they honour their wines and their world-class products,” she says. “So that’s what my mission is now.”

The first WineNot event is on Saturday April 24. Tickets are on sale now.