Who is Freddy Nerks?

Justin Lane is back at it with a new set of wines under a new name. 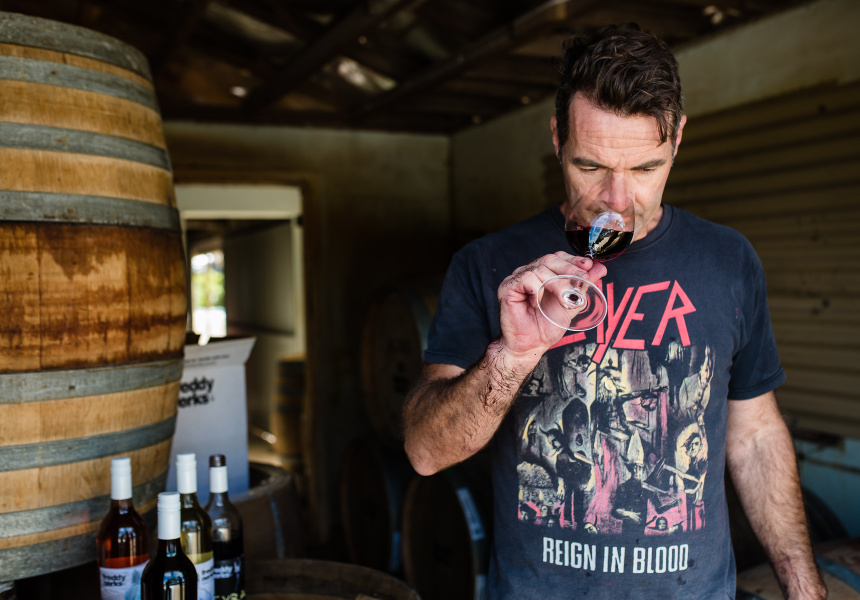 Justin Lane has an enviable CV. The South Australian winemaker founded labels Alpha Box & Dice, Big Easy Radio and King & Country, and launched Sturt Street wine bar Cantina Sociale (he's since handed over the reins for all but King & Country). But he’d been cutting his teeth long before that.

Lane caught the wine bug rather fortuitously in his early twenties working in a Hunter Valley cellar door. Soon after he undertook an invaluable apprenticeship at Hardy’s that armed him with a baseline knowhow of winemaking. “It ticked a lot of boxes for me,” says Lane. “It was agriculture, it was artisanal, it was intriguing. I loved it.”

Some short stints in Europe exposed him to some of that continent's best wine-growing regions. “This was the eye-opener,” he says. “Like, why are we continuing to grow and plant something like chardonnay in warm-to-hot climates?”

With a landscape full of shiraz and cabernet back in Australia, Justin set about finding growers who were, as he puts it “prepared to diversify their assets” and re-plant or graft different varieties that would better suit our climate. “Just because things have always been here doesn’t mean they should be,” says Lane.

This sort of belief gave birth to Alpha Box & Dice, a trailblazer at the time, flying the flag for alternate varieties (a concept that is now well and truly accepted in the industry). The packaging game was strong too, and challenged the idea of how wine can be marketed; it focused on aesthetics over marketing drivel. “Wine should be fun,” says Lane. “The amazing visuals and packaging were just about helping people engage with wine.”

While his winemaking pursuits required sourcing fruit from varied locations, there was always one vineyard in particular that was close to Lane’s heart, located in the Adelaide Hills sub-region of Kuitpo. It’s what gave way to his new brand, Freddy Nerks.

Freddy Nerks – an Aussie term, according to Lane, for an everyman – is about rooting for the underdog; the underdog in this case being Kuitpo, the primary source of grapes for the wines. “Kuitpo punches well above its weight for the quality of fruit. That’s why I thought that Freddy Nerks was really fitting for a place like Kuitpo that’s often forgotten.”

The sub-region sits at the southern edge of the Adelaide Hills at 350 to 400 metres of elevation, which helps to provide the ideal balance between daytime and evening temperatures, perfect for premium grape growing.

Freddy Nerks is still in its infancy. The range currently consists of four wines – one white, one rosé and two reds – but there’s more to come. The white and one of the reds are labelled as Bianco and Rosso – terms commonly used for table wines in Italian tavernas. “I’m a self-confessed Italian tragic,” says Lane. The rosé is based on mataro, the premier grape for rosé production in Bandol in France, and the second red is syrah (aka shiraz). But you can expect some Italian varieties to surface in due course.

The price of a bottle sits around the $20 mark. “People shouldn’t have to re-mortgage their house to pay for wine,” Lane says. “Wine should be fun.” 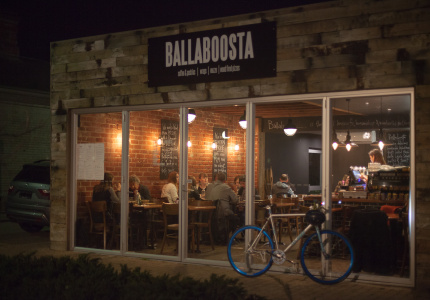 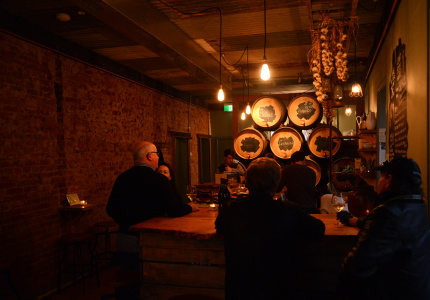