What We Ate and Drank in Adelaide in 2020 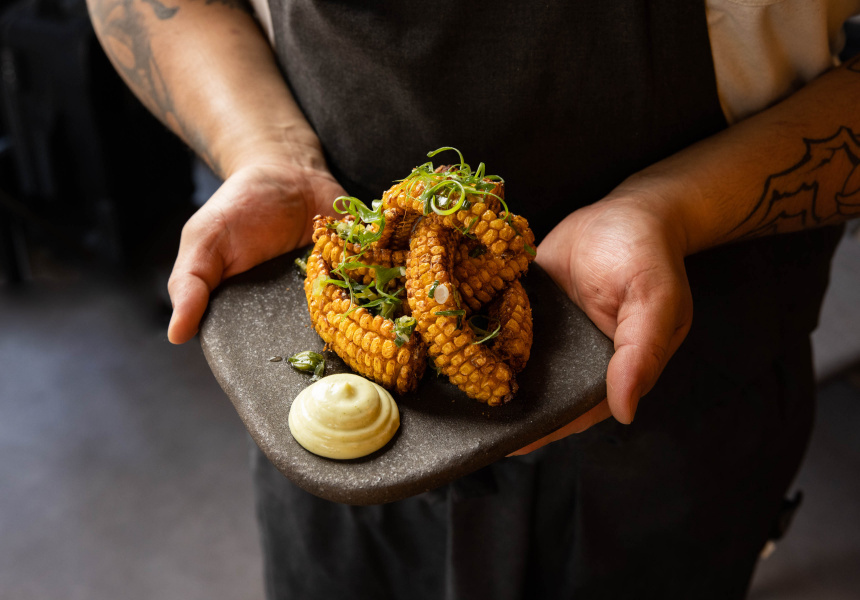 Life may have looked a little different this year – but we still had to eat and drink. And Adelaide’s restaurants, bars and cafes responded accordingly, continuing to pump out plenty of the good stuff. These are our favourites: the dishes (and drinks) our editors, writers and photographers couldn’t get out of their minds.

The rules are simple: the venue had to have opened this year (or late ’19) with excellent takeaway offerings also getting a hall pass – because 2020.

Rabbit, morcilla and saffron rice, Fino Vino
In 2020 I’ve been seeking out familiarity and comfort. Which is why David Swain’s Fino Vino menu really hit the spot. His cooking is a masterclass on simply delicious peasant food, zhooshed up a little bit. It’s all memorable: pan-seared brussels sprouts with lentils and creamy almond dip; juicy roast chicken with ribbons of fennel and kalamata olives; and some of the best crispy potatoes I’ve ever had. But the star was the sizzling saffron rice with braised rabbit and morcilla (blood sausage). That delicate balance of rustic and refined – that’s how I want to eat on the regular. Pair it with a (fino) sherry selected by Sharon Romeo, whose superstar service, just like the food, can make you feel right at home.
– Daniela Frangos, Adelaide, Brisbane and Perth editor

XO pipis, Kuti Shack
I rate everything about Kuti Shack: its primo position smack-bang between Goolwa Beach, the spiffy new surf lifesaving club and the sand dunes; the fact you can go there in your bathers, sandy footed, or dressed in your (beach appropriate) fancies; its always-smiling local staff; and, of course, its seafood offering. It’s all good – really good – but don’t go past the signature pipis in XO sauce. There’s something about Goolwa pipis, but there’s an extra something about them when they’ve been tossed in butter and the umami-rich sauce – and when you’re eating them by the very ocean they came from.
- Emily Taliangis, writer

Rabbit, morcilla and saffron rice, Fino Vino
If my nonna could’ve seen me ignore the serving cutlery and repeatedly wield my own fork in and around this dish, I reckon she’d have had a beaming smile on her face. As a kid, I wouldn’t have a bar of rabbit – even when she sold it to me as “juicy chicken”, smothered deceptively in sugo. This is by far the most I’ve enjoyed it since, also in wintry peasant-food fashion, strewn through saffron rice with subtly sweet nuggets of morcilla. David Swain, you’ve done it again.
- Tomas Telegramma, Melbourne editor

Tempura Spencer Gulf prawns, Shosho
I’ve spent a lot of time in Japan, where tempura is easily come by, but it’s always been difficult to find the perfect crunch back home. The tempura Spencer Gulf prawns with kuro shichimi spice mix at Shosho was a particular highlight for me this year. Being the seafood fiend that I am, this whole tempura prawn is perfectly crispy, yet delicate, light and juicy. The benefit of the light batter is it doesn’t overpower the main ingredient, instead allowing all the flavour of the prawn to shine through.
- Josie Withers, photographer

XO pipis, Kuti Shack
There’s nothing new about using pipis as food rather than bait – middens dotted around the Coorong attest to the fact that the Ngarrindjeri traditional owners have been doing exactly that for millennia. And it’s arguable the delicious bivalves are not even the main attraction in Kuti Shack’s signature dish. That’d be the house-made XO sauce, which is worth the trip down to Goolwa on its own. Sweet, spicy and salty, it packs enough flavour that you’ll be asking for extra bread to mop it up.
- Alexis Buxton-Collins, writer

Spiced Middle Eastern fried chicken, Africola
When his restaurant temporarily shut, Duncan Welgemoed indulged Adelaide’s obsession with fried chicken with his own twist on the recipe. The succulent breast and crunchy texture made the dish a winner for dining at home – as did the ease of transporting it, then lying back in bed to hoe in while wiping your hands on the sheets. Pure Covid-19 lockdown bliss.
– Kurtis Eichler, writer

Barista’s breakfast, Leisurely Coffee
Every servo and fast-food joint touts “barista made” coffee, so it’s rousing to find someone who actually knows the craft as well as Ibrahim Yu. The barista’s breakfast at Yu’s Leisurely Coffee (filling big shoes in the former Paddy’s Lantern site) consists of an espresso and eight-ounce flat white, with a batch-brew chaser. As wake-up calls go, it’s real - and always expertly prepared and super tasty.
- Tim Watts, writer

Miso cookie, Mascavado
I can’t stop thinking about this cookie. Miso and chocolate are an absolute dream together: the miso achieves umami and depth, cutting through the sweet, rich chocolate in a way that salt couldn’t quite. It’s a simple creation, perfectly executed – patisserie owner Lea Chairesa cut her teeth at the likes of Black Star and Koi in Sydney, and her experience shines through.
- Nicole Wedding, writer

Corn ribs, Ong Vietnamese Kitchen
Ong Vietnamese Kitchen opened just as Adelaide emerged from lockdown 2.0. As restrictions lifted, so too did our spirits, with dining in groups now back on the table. Ong’s menu is perfectly sharable, and the corn ribs – juicy, bendy, spicy deep-fried cobs paired with lime aioli – are the perfect summer appetiser.
- Tim Watts, writer 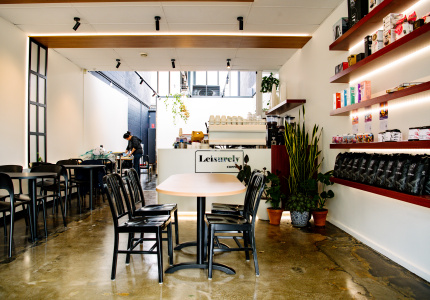