The festival’s centrepiece will look a little different in 2021. 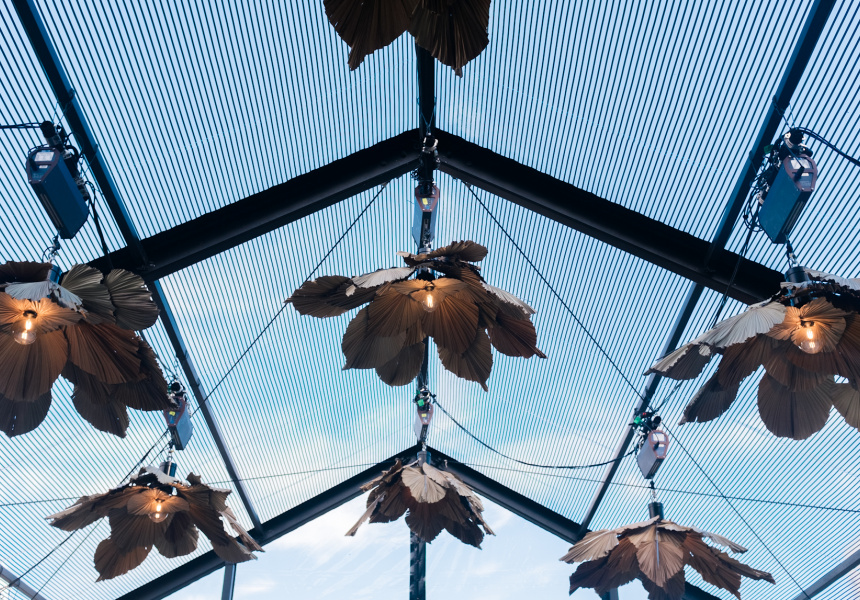 After last year’s attempted move to late March was scuppered by Covid, this year Tasting Australia returns to its traditional late-autumn timeslot. And as the festival approaches, Simon Bryant says he’s lucky to work in an industry that’s uniquely well-adapted to coping with uncertainty.

“Chefs are good at contingency planning; you never know who’s coming into your restaurant, how busy you’re going to be or whether your fish won’t arrive because it was stormy last night ... you never just think plan A is going to work.” The tireless festival director has been working for months to ensure the success of the event and says the team has “plans A, B, C, D, E, F and G” ready to go.

“We started our communications [with chefs] five months ago, and [beverage programmer] Nick Stock has been busy raiding private cellars for the perfect wine matches ... It takes a long time to get a menu together that flows.”

Covid restrictions mean the new-look Town Square (situated in Victoria Square/Tarntanyangga) will have a capacity of 3500, with the showcase dinners limited to around 50 diners (this will eventually grow to 94 when there are no restrictions in place). “That’s actually the magic number for a fine diner, to be honest,” says Bryant, who admits that catering to 168 in the Glasshouse Kitchen of previous years meant pushing staff and facilities to the absolute limit.

He’s wanted to create a new venue for several years – “I love killing things when they’re still loved and moving on to the next thing” – and Covid provided the perfect excuse. The six intimate glasshouses have been consolidated into one spacious dining hall and relocated to the northern end of Victoria Square. The result is Town Square Kitchen, which is accessed via a raised walkway.

Apart from the location, “the main design change is that you are so close to the wood oven and the firepits that you feel like the chef is cooking in your lounge room”, says Bryant. “I like the theatre of a kitchen, so the service kitchens are completely open, and you can see everything while you’re eating: the square, the kitchens, the firepits and the general punters.”

Town Square Kitchen was designed by Frame Creative (Lot 100, Lion Arts Factory, West Oak Hotel) and will overlook another of the studio’s creations: Tasting Australia community partners Hutt St Centre and Forage Built have developed transportable housing pods for people struggling with homelessness, and a prototype will be on display to the public.

As the crew works to put the finishing touches on the site, Bryant can barely contain his glee, and with three quarters of all tickets already sold he’s not the only one.

“Most of our day as chefs is spent washing rubbish bins, fighting with suppliers, trying to get fishing boats out at four in the morning ... stuff that isn’t glamorous. But when we finally get our game on, I love the symphony of the movements – and seeing this well-oiled machine run is a beautiful experience.”

Tasting Australia’s Town Square opens on Friday April 30. The Town Square Kitchen dinners are all sold out, but tickets are still available to Honey 101 and a range of East End Cellars masterclasses including Liquid History – Pirate Life, Trans-Tasman Pinot Challenge, Future Farmers and Off the Field. 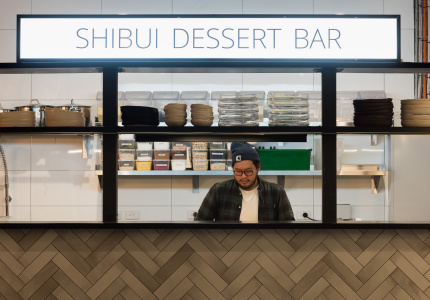