Expect all your favourite Vego’s burgers from the East End institution, plus Cherry Darlings’ vegan pies, slices and cakes. 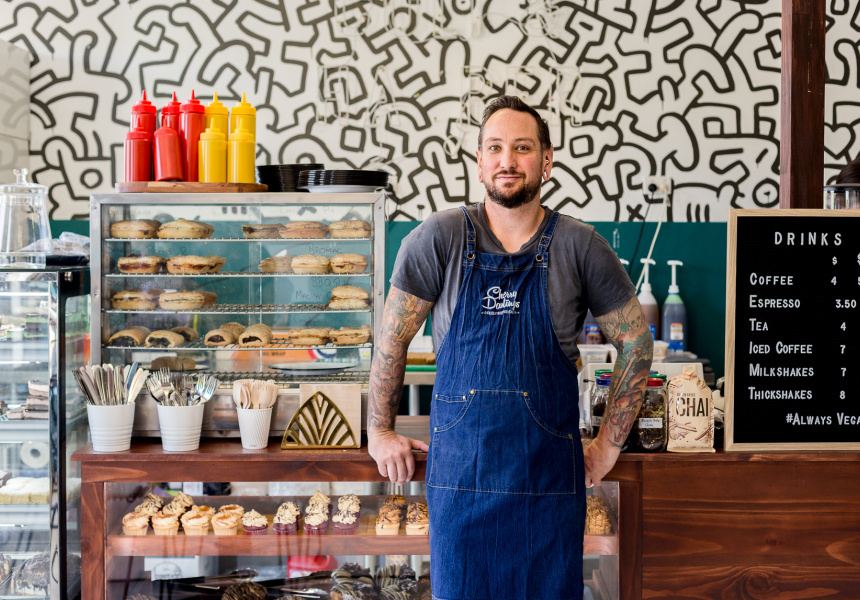 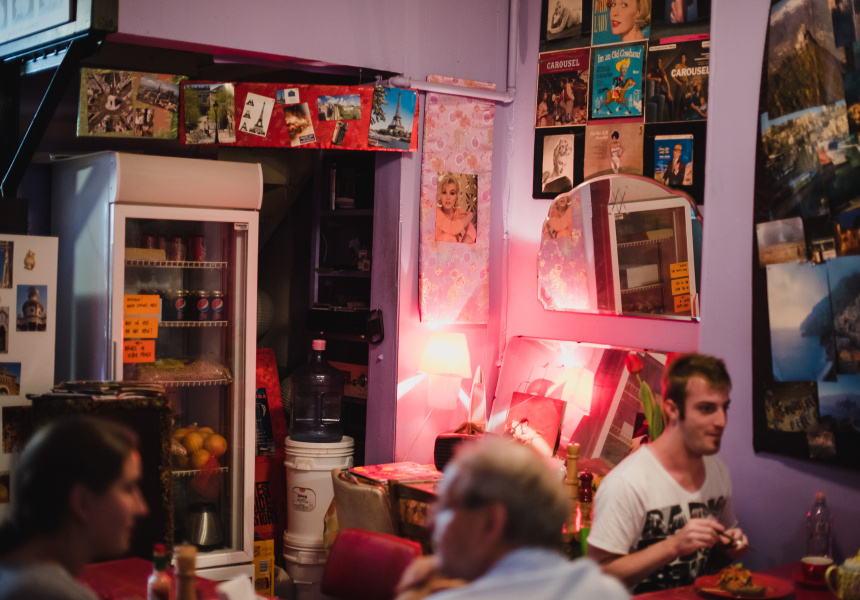 When Vego and Loven It announced it was up for sale last month, it put an end to a successful 32-year run at the pokey but incredibly popular Rundle Street site.

Owner Robin Eastwood’s daughters Lucia and Izabella Martin Eastwood announced the sale in the Adelaide Vegans Facebook group, where the news made its way to the owner of vegan bakery Cherry Darlings, Tim Salmon.

Now the East End institution will live on under Salmon’s stewardship, much to the delight of Adelaide’s vegan and vegetarian diners. “A lot of the older crowd are like, ‘Yes! Seeing this place die would be a tragedy’. And other people are like, ‘We never got to eat there so we’re excited to be able to’,” Salmon tells Broadsheet.

“I’ve been going there for nearly 20 years now,” says Salmon, who has his own fond memories of the place. “Whenever I had a chance, I’d head to Vego’s… I took my kids there when they were really little. It’s been a family institution for a lot of years. My friends would always meet up there.”

Vego and Loven it (soon to be renamed Vego’s) opened in 1988 when there were almost no dedicated venues for Adelaide’s plant-based eaters. The place became a local institution, not least due to Eastwood’s penchant for locking the door once seats filled up.

“It’s a part of Adelaide, like Frank the Barber. It’s one of those places that are so ingrained in Adelaide – especially the East End. The idea of it not being there feels like the end of a real era,” says Salmon.

“People have been loving their burgers for 32 years. Very few places can say they’ve been that consistent with their products – not really changing the menu, but still keeping people coming in who love it no matter what. Even when the door is locked.”

Salmon wants to stay true to Eastwood’s menu, and plans to bring back some old favourites. “For me, it’s always been the gourmet tofu burger – when he took that off the menu, my heart broke a little bit. That was like seven years ago. I had the other ones and they were all great but that was always my go-to. That’s the one I knew I needed the recipe for, no matter what.

Vego’s 2.0 will also include Cherry Darlings items such as vegan pies, slices and cheesecakes. The new team will be led by manager Grace Robinson while Salmon moves between Vego’s, Cherry Darlings’ Forestville shop and its off-site kitchen (“I like to spread myself thin,” he says).

He also plans to spruce the place up a bit. “We want to keep the feeling of Vego’s – it was always this weird little oasis [off] Rundle Street. You’d walk up these graffitied stairs and it felt like you’d walked into a place in the 90s in Bali. We’re gonna hold that as much as possible… keeping the mosiacs and those sorts of things that are Robin’s passions, as our little tribute to him.”

And what does Eastwood thinks of his baby’s new owners? “He’s very much not on social media in any form, so he didn’t know about Cherry Darlings at all,” says Salmon. “But his daughter was like, ‘It’s going into good hands, he’s going to look after it’. So, it made him feel confident in the sale of it.”

Vego’s will open at 240 Rundle Street in October.