The burgers are served indoors. For now. 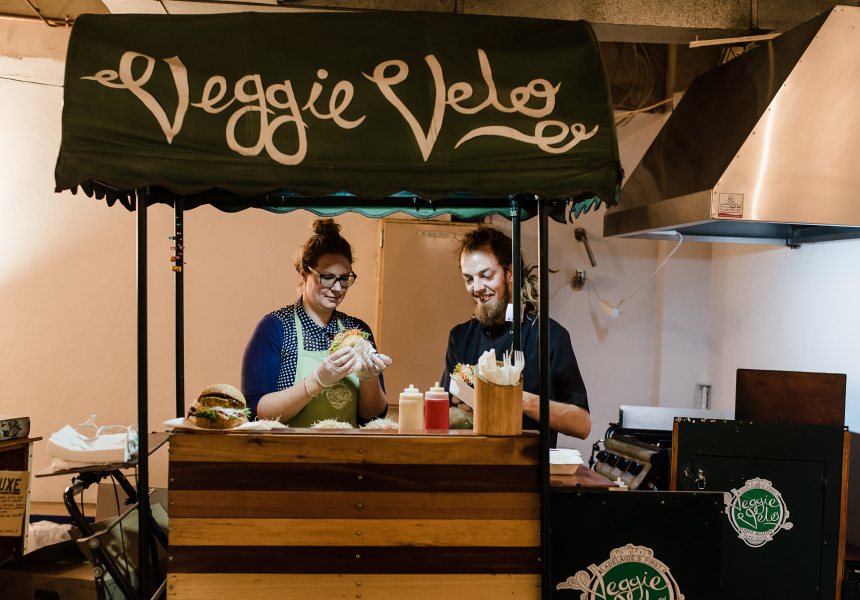 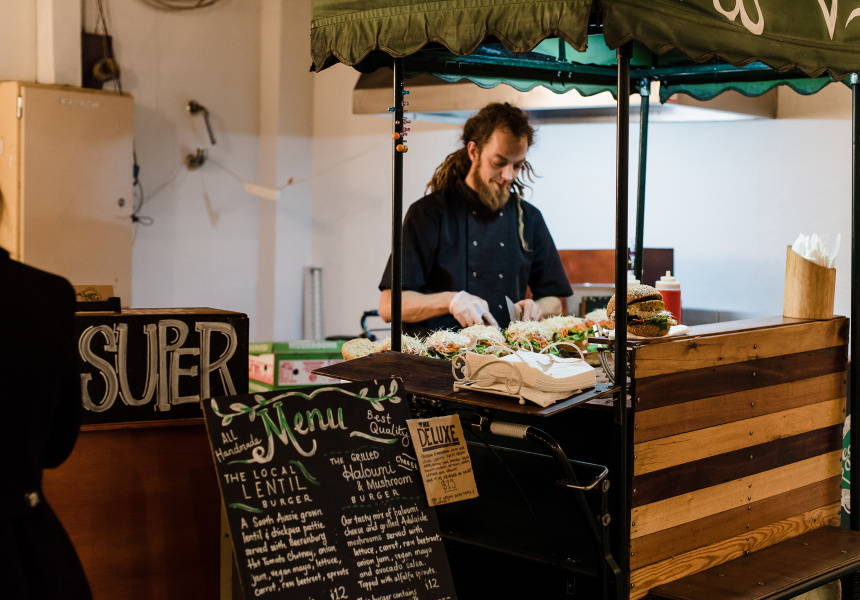 Haven’t seen Veggie Velo out on the streets lately? There’s a reason for it. The bicycle burger stall has taken shelter from the unpredictable Adelaide autumn until the end of August.

Manu Parez and his team of cycling chefs moved into a space in Regent Arcade on July 22. The central food court site is opposite their sister store Juice Lovers Juicery. The grills fire-up on weekdays from 11.30am until 3pm.

Just because Perez has taken his feet off the pedals, doesn’t mean his foot is off the gas. The little shop – cobbled together from various bits and bobs – has been abuzz since day one. It’s a big month for the little business, which celebrates its fourth anniversary during August.

Expect flavour-packed vegetarian and vegan burgers such as grilled pineapple with haloumi and the Mexican nacho burger accompanied by corn chips.

The trikes will still roll-up for their regular Sunday spot at Market Shed on Holland, and their movements can be tracked via Facebook. 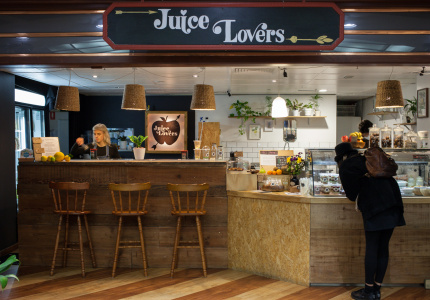