Four of Australia’s best chefs will take over the Sunny’s Pizza kitchen during Tasting Australia. 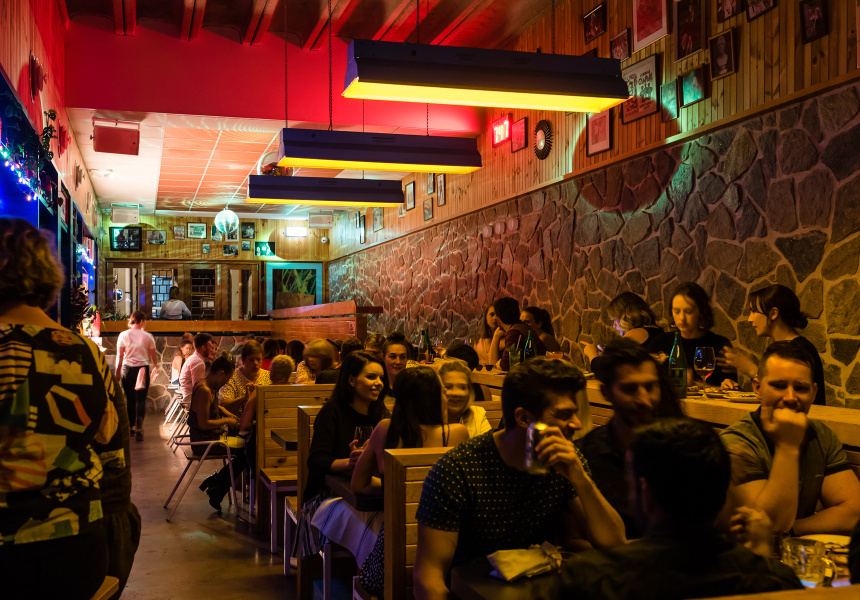 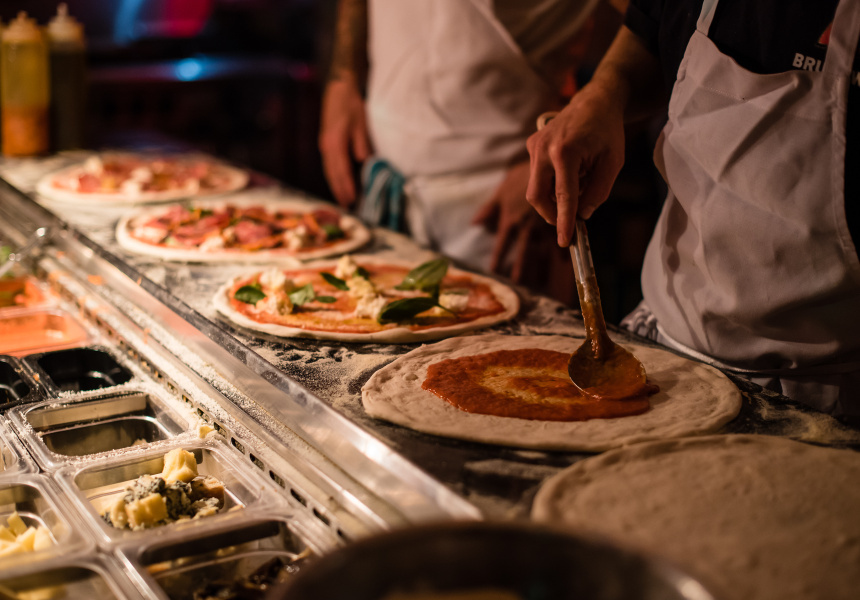 This time around it’s joined the official program. And it's set to be equally as unruly.

“It’s a little bit crazy,” Zonfrillo tells Broadsheet. “We’re all good mates, we’re all competent chefs and none of us know how to make a pizza.”

Competent sure is putting it lightly. Together they helm some of the most esteemed restaurants in the country with a culinary repertoire spanning modern Australian, Turkish and Thai cooking.

“It’s more about the camaraderie of the chefs cooking together and doing something unusual and having a great time,” says Zonfrillo. “Sunny’s is a ruckus at the best of times and it certainly won’t be any different that night.”

There are no formalities, no rules and no bookings. The only brief: “I told them to do something that represents you,” says Zonfrillo. So expect some seriously elevated, cross-cultural pies.

For Zonfrillo, events like this and his recent stint at Fringe pop-up Tiger Mountain are a chance to stray from the masterful precision of the Orana kitchen. “We’re just having a lot of fun,” he says. “Any little event like this everyone really gets behind and gets involved in.”

Sunny's co-owner and man-on-ground, Ash Wilson, agrees: “It’s almost a bit of a staff party … an outlet to have a good time.” He’s no stranger to collaboration. Since last year’s event the Sunny’s crew has teamed up with local favourites Comida, Whistle & Flute and Roxie’s.

“The Adelaide scene is pretty close-knit,” says Wilson. It would seem that extends Australia-wide. Bringing the country’s top chefs together to sling $20 pizzas is a serious coup – and for diners who missed out on tickets to the Glasshouse Kitchen “Fire” dinner featuring Zonfrillo and Turner, a welcome and wallet-friendly alternative.

Quattro Formaggio is on April 16 from 6pm at Sunny’s Pizza. Walk-ins only.