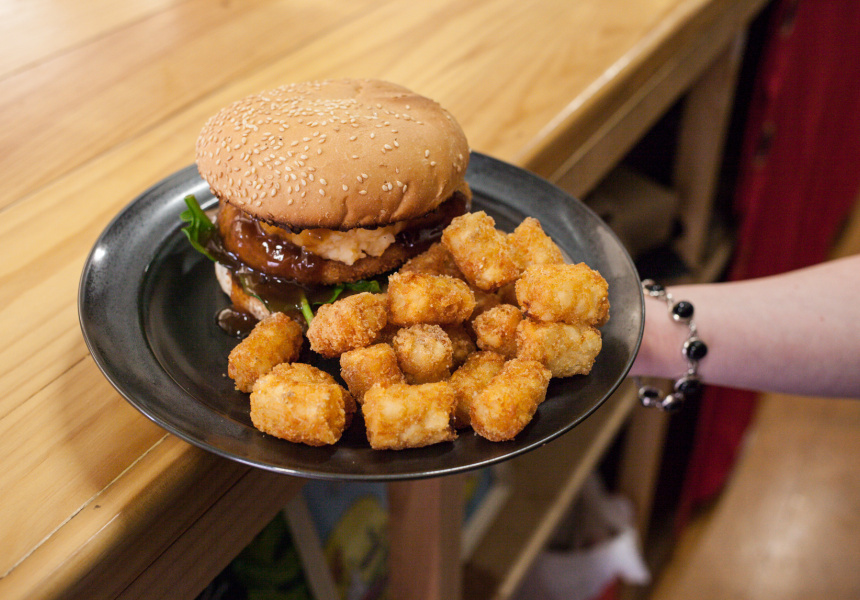 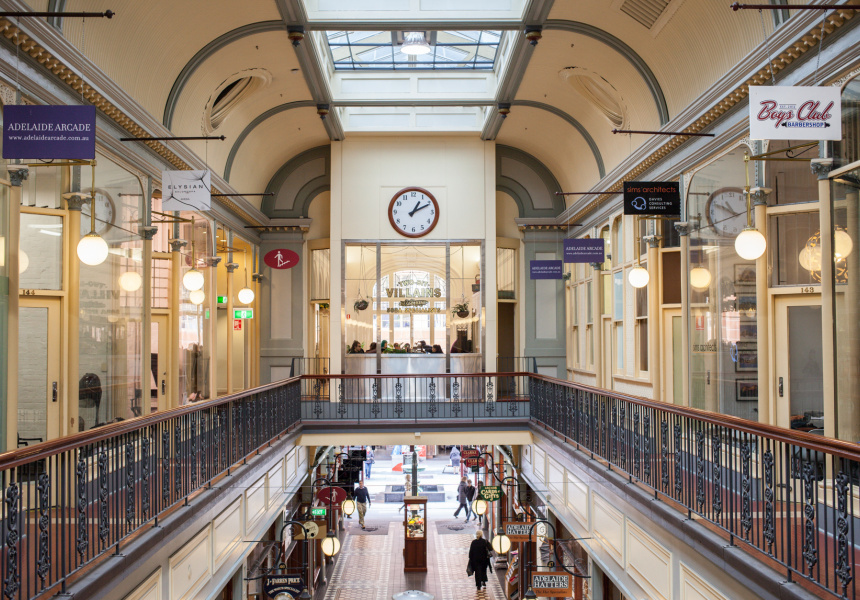 Since then options have improved, but the Aussie pub remains a place where meat is king. Two-Bit Villains co-owner and chef Liam Hughes is looking to change that. “We tried to buy two pubs, one about 18 months ago and [another] two or three months ago,” he tells Broadsheet. “The sale for the first one fell through and the second we decided to give a miss so we could focus on other Two-Bit opportunities.”

Hughes still wanted to fill the void of “decent vegan pub food” in Adelaide, so he decided to do it from his existing kitchen.

Enter Two-Pub Villains. The weekly pub night, held each Thursday at Two-Bit Villains, will deal in classics such as “chicken” parmis (made from seitan), “fish” (made from a blend of tofu and jackfruit with spices) and chips, “chicken” and eggplant schnitzels, and burgers. There’ll also be nachos, popcorn “chicken”, Buffalo tofu (crumbed tofu in a Buffalo sauce) and mac and “cheese” bites.

And what’s a pub night without a pint of Coopers? After acquiring a liquor license in January the bar now stocks the local beer giant as well as a rotating line-up of smaller producers such as Sparkke, Little Bang Brewery, Prancing Pony and Lobethal Bierhaus plus a gluten-free beer from Melbourne.

Two-Pub Villains launches tonight and runs every Thursday from 5.30pm to 9pm. Bookings and walk-ins are available.