A first-time restaurateur brings the best of Osaka’s noodle scene to Adelaide. 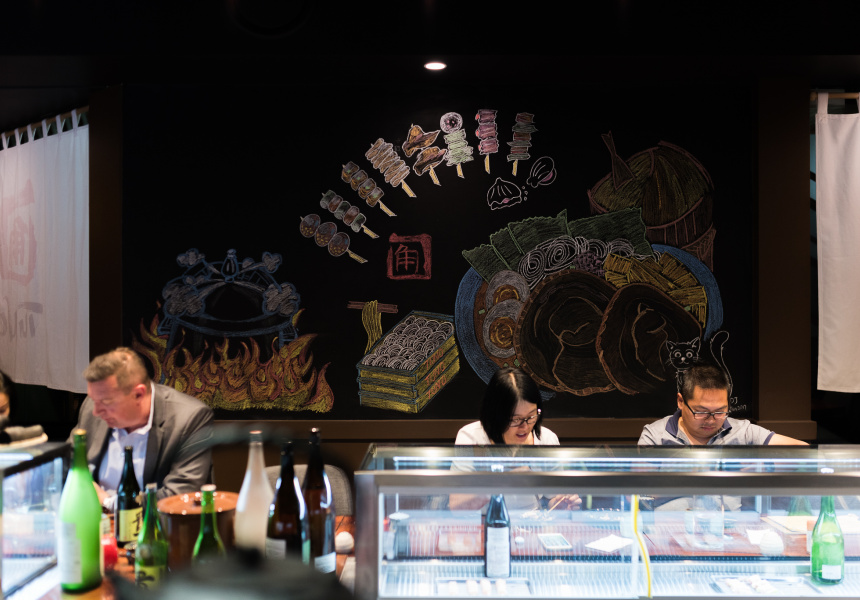 When Bin Shen flew to Osaka to train under ramen master Rikisai Miyajima, it was a dream come true. After working as a kitchen hand at The Edinburgh Hotel & Cellars for several years, he was inspired to carve his own path. He spent the next few years in Japan, learning how to make noodles by hand, and refining his vision for his first restaurant.

The result is Tuno Izakaya, which opened last month in North Adelaide. It’s the latest in Adelaide’s growing izakaya scene, which includes Ramen and Izakaya Himeji, En Japanese Restaurant and Bar and the recently opened Nishiki Cafe and Izakaya.

At Tuno Izakaya, Shen hand makes his own noodles every morning. “I’ve learnt how to do 20 different types of noodles, but I’m starting with six [on the menu] for now,” he says. “I want to make better noodles, and different noodles.”

While the ever-popular shio (salt), shoyu (soy sauce) and tonkotsu (pork) broths can be found at the restaurant, lesser-known dishes have their moments, too. Shen’s personal favourite is the abura soba, a broth-less ramen with noodles in a fish-oil base, topped with roast pork, spring onion, egg and optional chilli oil.

Other menu highlights include yakitori (charcoal-grilled skewers), dry noodles with an avocado and mushroom dipping sauce, and cold soup noodles. Among the drink offerings are Japanese junmai saké (rice wine), umeshu (fruit liquor) and shōchū (distilled wine). There is also a small selection of local wines and beer.

The interior is small but open, with seats that overlook the team in action behind the grill. The space is filled with personal decorative touches, such as the traditional Japanese tableware Shen brought back from Japan. Artist Jessy Ni, the wife of Shen’s business partner, Hao Su, painted the menus and the artwork on the walls. Images of ramen and yakitori welcome visitors on arrival. A large blackboard on another wall features drawings of the charcoal grill, noodles, and a cat – for good luck.