A Tour of the Z Ward 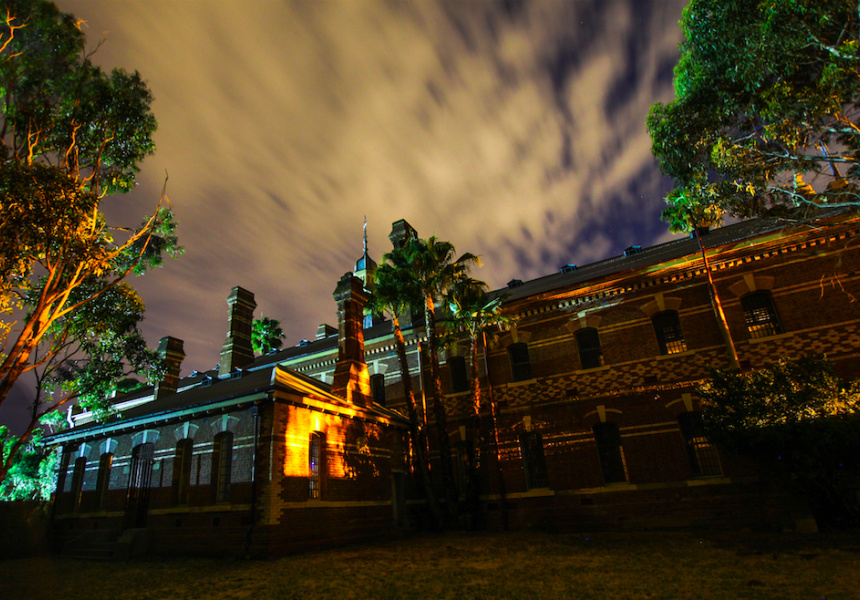 Touring a former mental hospital is not your average Friday-night activity. That hasn’t stopped the small group gathered around Alison Oborn, who runs the paranormal-history tour service Haunted Horizons. On Friday and Saturday nights, Oborn leads brave locals through the halls of Z Ward, a facility that housed the criminally insane at the now defunct Parkside Lunatic Asylum (later Glenside Hospital).

“Do not – no matter how funny you think it might be – close any of the cell doors,” Oborn says. "I can’t stress this enough: if you’re locked in, I do not have the keys and I cannot get you out.”

The floor creaks as people shift from foot to foot, anxious in the gloom.

The tour begins outside, where Oborn points out the Ha-Ha wall – with its deep ditch – and other anti-escape measures built into the exquisite structure.

“They did not want anyone getting out of here,” she says.

Oborn and her tour guides are sensitive to Z Ward’s past and do not sensationalise the suffering of the residents, who lived in Z Ward until its closure in 1973. They’re not about “spooking for hire”, so if you’re seeking a guaranteed ghost sighting, you’ll need to go elsewhere.

Oborn’s background in historical research means her stories are well-researched, and her background in tourism means they are well told. “Activity” has been documented in cells across Z Ward’s two floors, she says. There’s “Scratchy’s room”, where your skin might come up in claw-like welts; “the mirror room”, where a shadowy figure might slip into the looking glass; and Room 2. “I don’t want anyone alone in there,” she says.

Tours will continue for the foreseeable future thanks to Beach Energy (the building’s future tenants) and raise money for the National Trust’s heritage projects. Haunted Horizon’s Z Ward tours run on Thursday, Friday and Saturday nights. Tickets are $38.