The Cafe That’s Stealthily Turning You Into a Vegan

This new Evandale cafe could reverse your way of thinking and eating. 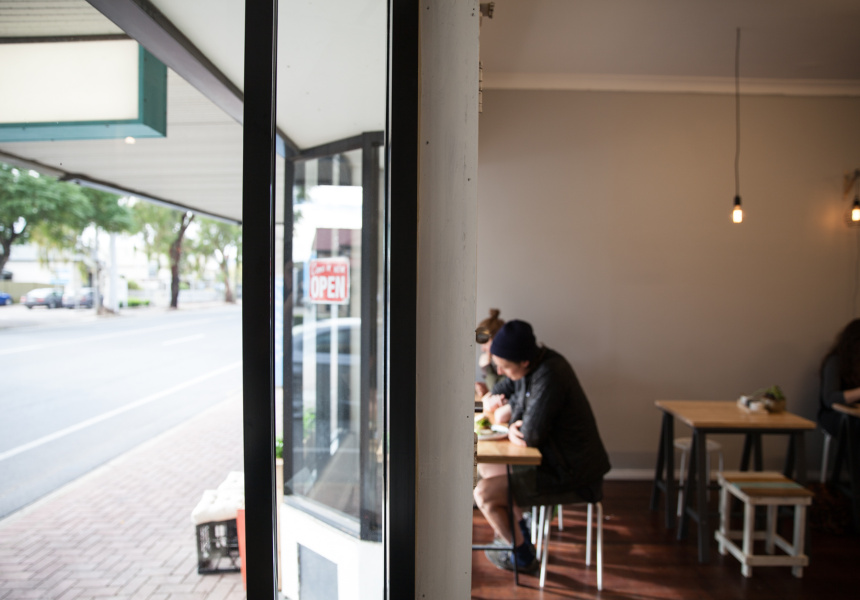 “The word ‘vegan’ can drive some people away,” says Lucie Vano, one third of the team behind Nagev on Payneham Road. To this end, they’re emphasising that the menu is “plant-based” and cunningly disguised their mission statement in the backwards spelling of their name.

It’s working. The plant-based burgers and meat pies have already hoodwinked some carnivores.

Vano previously worked at this very same site when it was known as Hope and Beans. She moved on to Market Meals, an online service that made and delivered vegan dishes from a kitchen in Adelaide’s Central Market. An unfruitful attempt to open a permanent shopfront in the market left Vano and partners Nissa Taylor-Doswell and Ryan Kris at a crossroads. That’s when Hopes and Beans fortuitously appeared on Gumtree.

Nagev opened its doors barely three weeks later with an array of housemade desserts, baked goods and hearty lunches. The menu will surprise diners for whom the term “vegan” conjures images of endless quinoa grazing. As well as those meaty savoury snacks, Nagev’s trump card is its cheesecakes and macarons, the culmination of months of experimentation by Doswell and damn-near indistinguishable from the real thing.

“Nissa is a whiz in the baking department so we thought, ‘You know what? Vegan macarons, cannolis, cheesecakes and vanilla slices … it’s just something that we’ve never really found in Adelaide’.”

The one exception to the otherwise entirely animal-free spread is a concession to those who prefer a splash of dairy milk with any of the roasts carefully selected by Vano – which has sparked some fiery debate on the cafe's Facebook page. As you might expect, though, the MILKLAB plant-based options are plentiful.