Take to the land, sea, sky or river for the country’s preeminent eating and drinking festival. 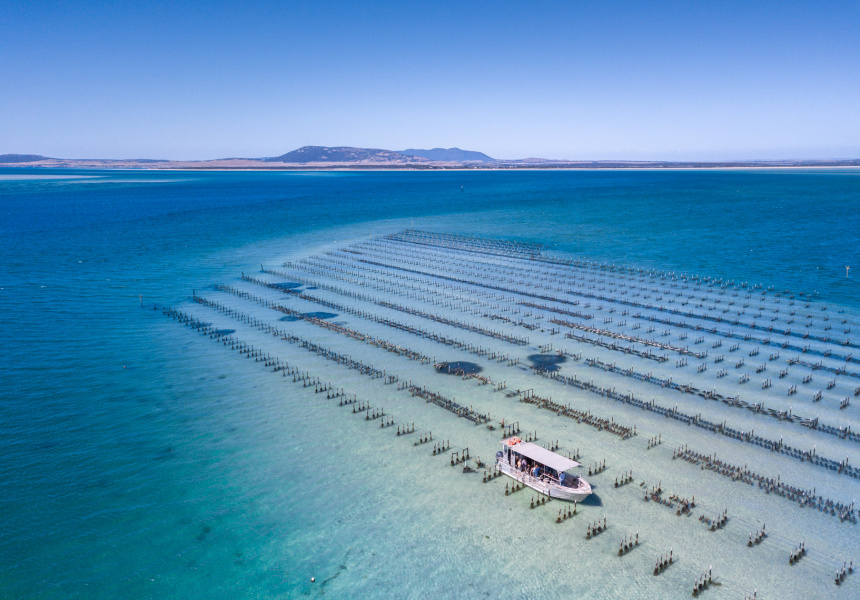 Ten days. More than 90 events. Tasting Australia is back.

The country’s preeminent festival of eating and drinking returns from April 5 to 14, 2019 across Adelaide and its regions.

Take to the mighty Murray River for the first-ever epicurean Tasting Australia Flotilla. Aboard a 120-year-old paddle steamer – the PS Marion – you’re in for a long weekend to remember. Tasting Australia patron chef Cheong Liew and ambassador chef Adam Liston (Shobosho) will run the pass each night, manning the steamer’s original woodfired oven.

For something saltier, Surf Food Safari will zoom in on the Yorke Peninsula. Spend three days traversing Innes National Park, guided by surf instructors, and refuel with meals by chefs Darren Robertson (Three Blue Ducks) and Simon Burr (Olfactory Inn) in the thick of crayfish season.

In its second year, Tasting Australia Airlines is ready for take off. Descend on Coffin Bay for a day or weekend of oysters fresh from the drink. Or there are day trips to Kangaroo Island, Mayura Station (the Limestone Coast’s home of first-class Wagyu beef), the Flinders Ranges and the Barossa Valley.

Tasting Australia’s beating heart – The Glasshouse Kitchen – will again take up residence in Victoria Square. It will host some of the world’s best, Michelin-starred chefs who will work shoulder-to-shoulder with their Australian counterparts. These are inimitable, one-off dining experiences.

Leading the bill is Alex Atala from D.O.M. in Brazil, which was named the 30th best restaurant in the world this year.

Programming director Jock Zonfrillo (Restaurant Orana, Bistro Blackwood) says the international guests are ones to watch. “[They’re] all chefs that are ahead of the curve – they’re the next Rene Redzepis, the new Massimo Botturas,” he says.

“On paper, some of these collabs aren’t that easy,” he adds. “A lot of chefs are doing things they wouldn’t be able to do at their restaurant.”

It’s the first year Tasting Australia has instated a beverage director. An ambassador of past festivals and prolific wine writer Nick Stock is the man. “My brief is to bring the drinks and wine programming up to the same [level] and significance as the food talent and chefs,” Stock says.

Flying the flag for SA are local ambassadors Jessie Spiby (My Grandma Ben), Emma Shearer (The Lost Loaf) and Karena Armstrong (The Salopian Inn), to name a few.

Tasting Australia runs from April 5 to 14, 2019 across South Australia. For more information and to book tickets visit tastingaustralia.com.au.