Tasting Australia Announces Its Biggest Ever Program for 2022

The first program by new co-directors Karena Armstrong and Darren Robertson includes a pop-up by Melbourne’s Chin Chin, a natural-wine party in a secret warehouse and an ode to instant noodles. Tickets are on sale now. An outback dinner in Coober Pedy with Attica’s Ben Shewry, Town Square dinners by legends Maggie Beer and Cheong Liew, Melbourne icon Chin Chin’s first Adelaide pop-up, and a natural wine party in a secret warehouse are among the highlights of next year’s Tasting Australia festival.

The 2022 event, fronted by new co-directors Karena Armstrong (The Salopian Inn) and Darren Robertson (Bondi’s Three Blue Ducks), is the largest program yet, with more than 200 events – up from 140 this year – in 11 regions from April 29 to May 8. They’re joined by drinks curator Nick Stock and incoming food curator Emma McCaskill and promising a festival that’s more accessible than before.

The festival’s beating heart, Town Square, will be back in Tarntanyangga/Victoria Square and, for the first time, visitors will be able to book an “Express Lunch” experience in the hot-ticket Town Square Kitchen for $40. The price includes a dish prepared by one of the festival’s top chefs and a drink (details, along with the line-up of Town Square vendors, will be announced next year).

In a sequel to this year’s dedication to sausage in bread, the 2022 festival will include an ode to uni-student-staple instant noodles, fittingly held at Adelaide University, with guest chefs Morgan McGlone (Belles Hot Chicken foundner) and Victor Leong (Lee Ho Fook) elevating the humble cup o’ noodles.

“The breadth of the program next year is the biggest one to date for Tasting Australia – we have designed a program that highlights the uniqueness of our regions and shines a light on our produce and suppliers,” Armstrong said in a statement.

International chefs are coming back to the festival, too, with Hideki Ii of Tokyo’s Shirosaka and Perth-bred, Singapore-based David Pynt of Michelin-starred Burnt Ends joining the program for the first time. They’ll be headlining the Town Square Kitchen.

Other highlights include an open-flame dinner at Arkhé with visiting chefs Matt Stone and Louis Tikaram (Brisbane’s Stanley) and the return of Tasting Australia Airlines, which will take festival goers to Coffin Bay and two new regions: Flinders Rangers for an exclusive 16-person overnight charter with accommodation at Rawnsley Park’s luxury eco villas and food by former Tasting Australia director Simon Bryant and Coober Pedy for an overnight experience hosted by Ben Shewry, Duncan Welgemoed, Daniel Motlop and John Carty.

“We’ve got plenty in store for beverage next festival – the Great Shiraz Dinner in Town Square Kitchen pays homage to some of South Australia’s best reds while Pink Fizz Saturday will celebrate this most romantic of beverages over a lavish lunch,” Stock said in a statement.

“We are also bringing back the Tasting Table series to iconic CBD venues and for the first time in 2022, we are teaming up with some of the city’s best bartenders who will share their signature beverages for the intimate Behind the Bar series.”

Tasting Australia runs from Friday April 29 to Sunday May 8 across Adelaide and regional South Australia. Tickets are now available at tastingaustralia.com.au. Further programming will be released in February 2022.

Guests will need to be fully vaccinated and will be required to show proof of vaccination to enter events, including Town Square. 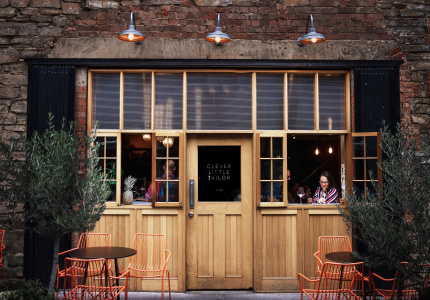