Take a Ladder Down to The Joiners’ Clandestine Whiskey Den

An underground hideaway in a 150-year-old Hindmarsh cellar. 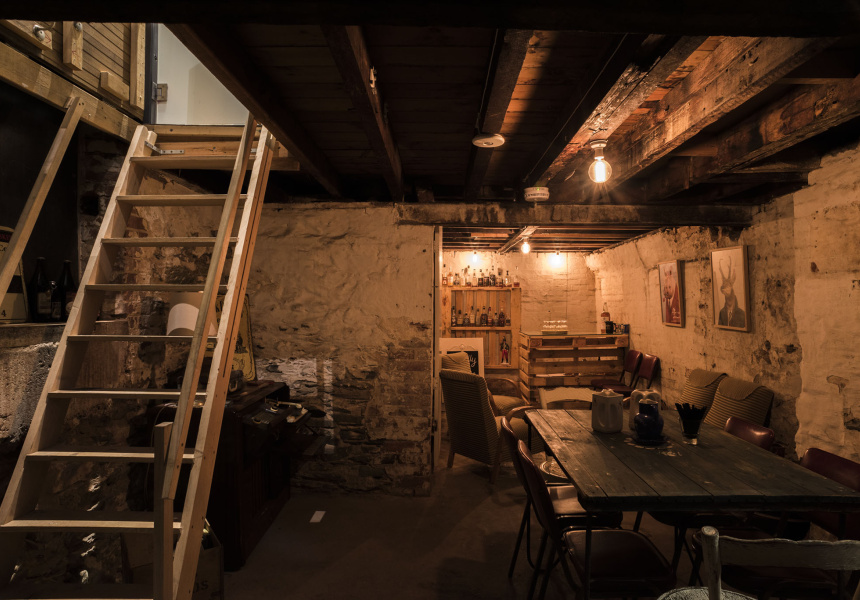 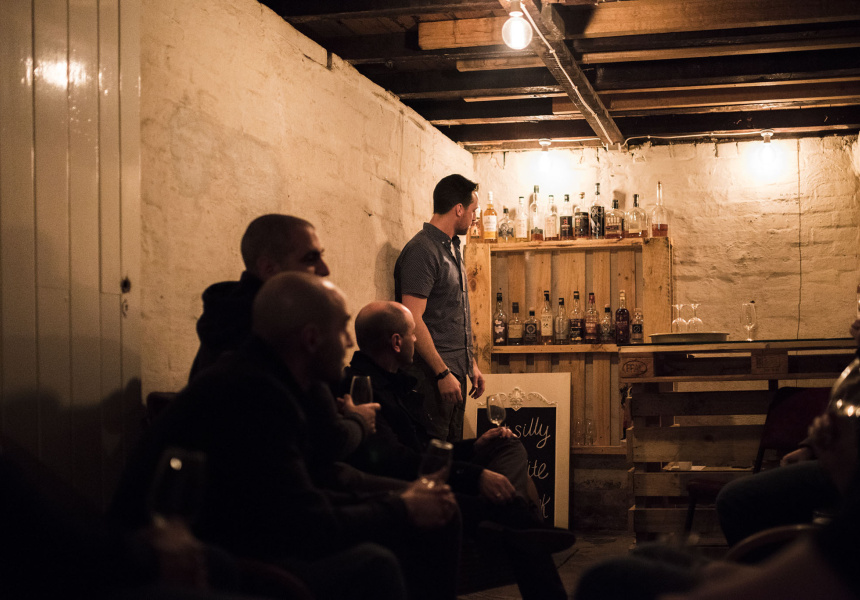 If you met The Joiners in a dark alley, you might size it up to be a rough pub, but looks can be deceiving. Tucked away behind the Entertainment Centre in the industrial back streets of Hindmarsh, it was recently renovated inside and is now home to the most clandestine little hideaway in town.

The new Whiskey Den is accessed via a ladder leading down to the cellar, which was initially used as the keg room when the hotel first opened in the 1850s. The space fits 12 people and is full of nods to the past. Think uneven floors, flickering candles, accoutrements of a bygone era, and the extensive unopened beer-can collection of owner Dan Noske’s grandfather.

Noske has purposely kept the den low key, maintaining that his single malts are the stars. “I believe the Scottish have shown that they set the benchmark when it comes to producing the tastiest amber liquid there is,” he says, pointing to shelves of bottles behind the tiny wooden bar.

His collection also represents distilleries in Sweden, India, the Netherlands and the USA, as well as closer to home. “Places like Australia, Japan and other countries are producing whiskey which can rival the Scots, which is why we have the den stocked with drams from all over the globe,” he says. “But they still have a way to go to produce enough for the world to enjoy.”

Noske runs groups of four to 12 through a tasting of six whiskeys of their choosing. As his guests work their way through the selections, he hands out tasting notes to guide their experience. “There are so many different flavour profiles that come from the various casks the whiskeys are aged in, that it can really help to put that flavour that’s on the tip of your tongue into words.”