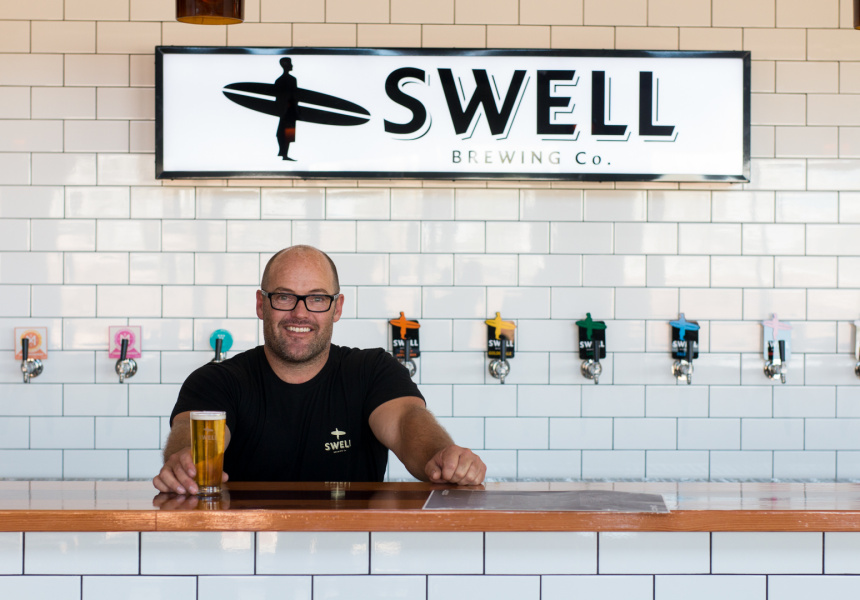 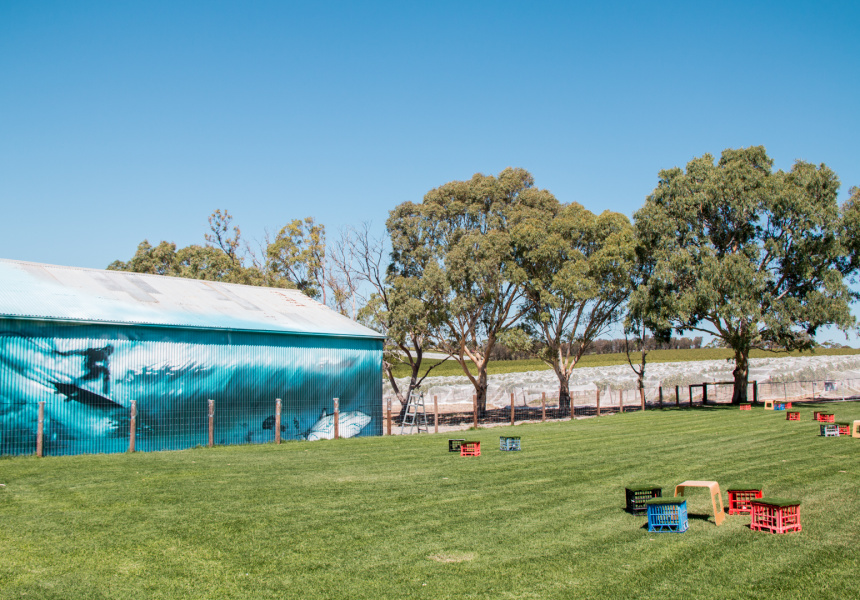 Swell’s new taphouse has been a long time coming. Brewer and owner Dan Wright and his wife Corrina (of McLaren Vale winery Oliver’s Taranga) have been chipping away at the project for the better half of a decade.

“The idea for Swell came from a trip to the States to do a vintage when I was in the wine industry about 10 years ago,” Dan tells Broadsheet. “When I was in California, I noticed there were all these brew pubs over there and I thought, ‘Why haven’t we got one of these in McLaren Vale? This is crazy!’

“Every time I was on a bus travelling from place to place on that trip, I was writing down ideas and drawing up floor plans of how it might happen. It’s taken a while to get to this point, but it’s all worth it now.”

The taphouse finally opened last week – and you can’t miss it. The enormous shed sits on Oliver’s Road, right near the d’Arenberg Cube, with 950 square metres of front lawn overlooking the surrounding vineyards. Inside, the two-storey space offers a 16-tap bar and uncomplicated pub grub. Dan’s brewery dog Mikey welcomes you as you enter.

Dan started the Swell label in 2010, initially brewing in Geelong before moving production to Willunga. He’ll soon brew from the new space, which will allow visitors to view the brewing action. “I’ve always wanted to have a home for the brand: somewhere people can purchase merchandise, cartons and have a meal, a few pints, entertainment … We’ve put a lot of time and effort into building that – building something that we really love.”

For now, though, you can kick back on the lawns, grab a pint and enjoy the locally inspired menu. In the kitchen is chef Todd Steele, who’s well known in the region for several local projects, including his former role as head chef of the Victory Hotel and his regularly booked-out catering business. “To have Todd here, and his chefs, is amazing,” says Dan.

The food is simple, inspired by the seasons and the producers scattered around the abundant wine region. Expect pub staples such as salt and pepper squid and burgers, plus lighter bites including a haloumi salad with local figs and local cheese. “Local is just my type of cooking,” says Steele. “The squid is predominantly from the same guys in Sellicks I’ve known for 10 years, we’re using Coriole olives, the figs from Oliver’s Taranga, Jane Arnold’s [Second Valley Cheese] haloumi, Ellis Butchers meats, you name it.”

There’s also a few tasty bar snacks. “The nuts and bolts are Mum’s recipe that she gave me back in the day,” says Steele. “It’s what I remember Mum and Dad having; Nutrigrain, peanuts, curry and a few other secret ingredients.”

To sip, you can sample any of Swell’s core range, including their popular Golden Ale, Cloudy Apple Cider or North Shore IPA. There’s also Oliver’s Taranga wines, and a collection of other local beers on tap, too.

TVs stream surfing action from around the world – another of Dan’s passions, hence the Swell name. “It’s all come from what I really love – surfing and beer. I just want people to feel that relaxed, summer vibe.”

With a large open shed out the front and a function space upstairs, Dan wants to host gigs and events in the future, but for now, it’s time to settle in. “People have already said we should open a distillery now, too,” he says with a laugh. “It’ll take me a while to settle into this and just enjoy it I think.” 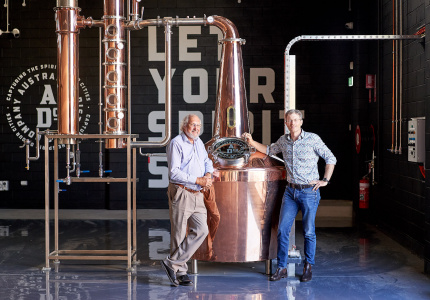 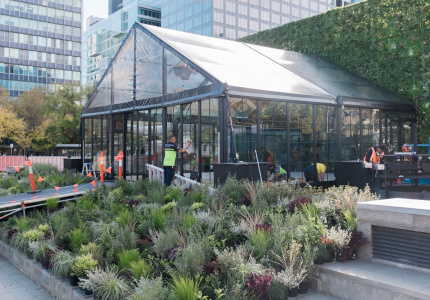