The couple behind Bowlsome, Public and Way Back When have opened their seventh venue – a light-filled, pastel-clad all-rounder open morning till night every day. 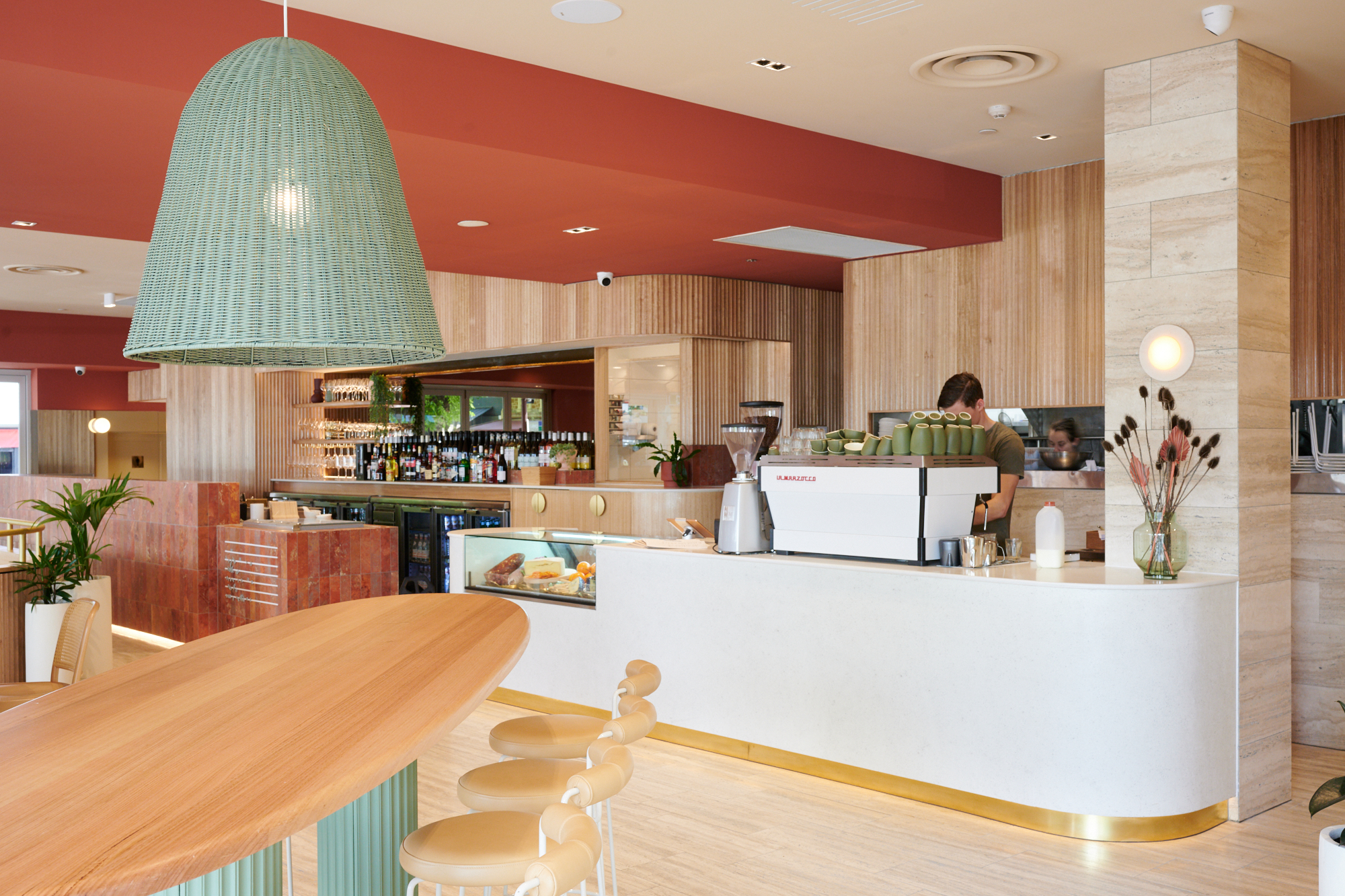 When you step into Danielle Elia and James Anthony’s new restaurant, Pippo, make sure to look down. The travertine stone in the interior almost didn’t happen. “I visited The Calile Hotel in Brisbane,” Elia tells Broadsheet. “They do travertine everywhere . I loved it. Once we got this space I rung around the whole of Australia to find unfilled, vein-cut travertine – and there was about 190 square metres in the whole of the country. No one could get their hands on any more,” she says.

Elia has been behind the fit-out of four out of the six previous venues she and partner Anthony have opened across Adelaide (three Bowlsome sites, Public and newly opened espresso bar Way Back When).

Their newest venue, Pippo, opened in the former Paesano site on O’Connell Street today. The space is breezy and filled with light, with plenty of pastel pink, rattan cane chairs and timber detailing. Adam Johnson from Xtra Shiny did the branding and graphic design, and plant stylist Emma Sadie Thomson filled the space with greenery. “It’s not pretentious or intimidating,” says Elia. “It’s just welcoming. That was very important.”

The menu was designed by executive chef Jaime Glennie. On the weekend brunch menu you’ll find French toast with caramelised banana, pistachio gelato and strawberries; beetroot cured salmon with a poached egg, heirloom beets and a fennel and watercress salad; and a zucchini-and-chorizo omelette with toasted pine nuts and labneh. Pasta is made in-house: there’s hand-rolled agnolotti, papardelle, gnocchi and more available from brunch until dinner.

Flexibility was a driving factor when developing the concept. Larger proteins include parmesan-and-thyme-crumbed veal cottoletta, Atlantic salmon and woodfired chicken. If you’re in the mood for sharing there’s slow-cooked rosemary lamb shoulder, or a whole woodfired fish. For a quick snack, the grab-and-go counter offers sandwiches with charcuterie, and pastries made by in-house pastry chef Domenico Derosa.

Next on the agenda for Elia and Anthony – arguably Adelaide’s busiest hospo couple – is a rest … of sorts. “This year, we did so much in a short time … It was insane,” says Elia. “We’re going to have a mini break [once we] get this one off the ground. We’ve been in the industry for enough years to know that you don’t just open these venues and walk away.”