A Sugar Man Pop-Up Is Coming to Fred Eatery

Alex Crawford’s croissants are back on the menu – for one day only. 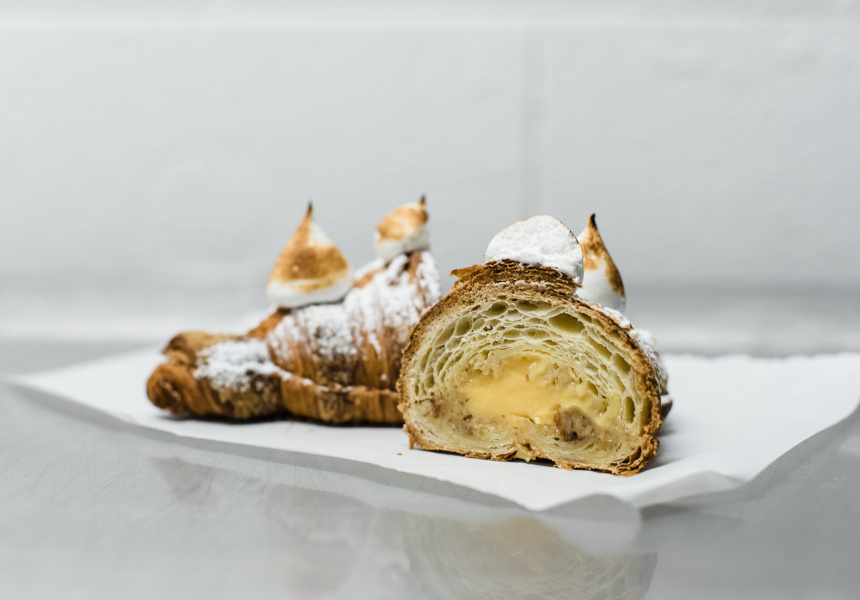 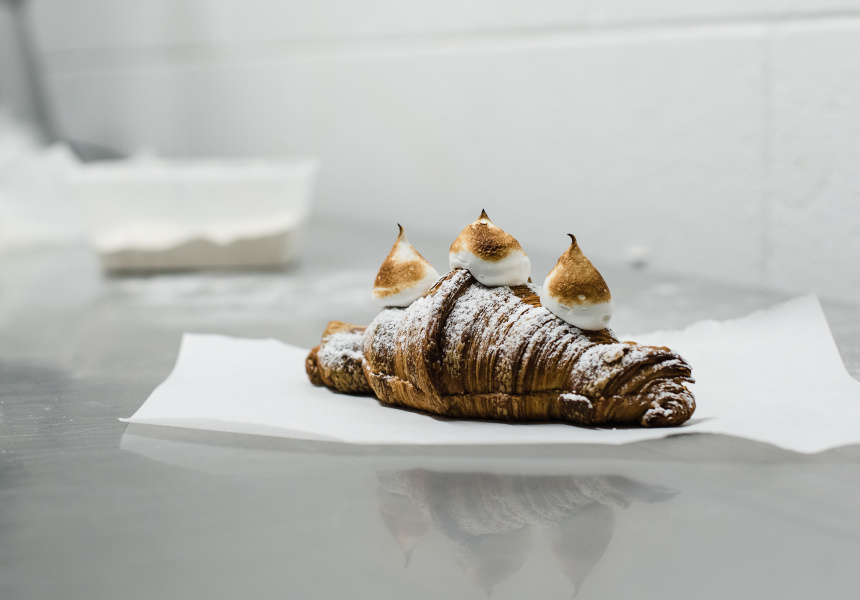 Alex “Sugar Man” Crawford built his name on the wildly inventive macarons and croissants once found in cafes across Adelaide.

But late last year he ditched the popular pastries from his repertoire and quietly relocated his base of operations to the Adelaide Hills. He took a short break, too, travelling to Italy for inspiration (and to visit his partner’s family). He also got a crash course in sorbet and gelato at Bologna's Gelato Museum (so expect a few new additions to his wheelhouse soon).

The key takeaway? The art of simplicity. “There’s no bullshit with their flavours,” he tells Broadsheet. “There’s no more than two flavours [but] if they use pistachio it’s the best goddamn pistachio in the world, which is from Bronte in Sicily. Or they use hazelnuts from Piedmont, which are the best hazelnuts in the world. They don’t fuck around. They just make it taste good. Everything is seasonal but they don’t bang on about it. They just do it.”

That approach inspired his new creations: a line of from scratch, single-origin chocolate bars crammed with the best ingredients. The Ecuadorian and Ghanan milk-chocolate blocks might come with freshly roasted and ground peanuts and a pinch of Murray River pink salt; or freshly ground coffee from local roaster Caffiend Coffee Company and pieces of house-made donuts. His “sticky date pudding” block features house-made date and almond sponge with gooey salted-butter caramel. The limited-run chocolates are constantly evolving as Crawford seeks to reinvent and reassess the art of dessert making.

Understandably, it’s taken up all of his time. But long-time fans will get another chance to taste his crowd-favourite croissants at Aldgate cafe Fred Eatery next month. The one-day pop-up will coincide with two SALA exhibitions running for the duration of August. Crawford hints at a few “oldies” and the “usual stuff with twists”: Golden Gaytime croissants with honeycomb crème and chocolate glaze coated in sablé biscuit; twice-baked blueberry-pie croissants with whipped cream and pie crumbs; and rice-pudding choux buns with rhubarb compote. And what’s a Sugar Man pop-up without his best-selling almond croissants? Crawford guarantees they’ll make an appearance. He'll also release a batch of salted-pistachio macarons on the day using the “Rolls-Royce of pistachios” from Sicily.

A shopfront of his own is still on the cards – pending the right venue. In the meantime, the pop-up will allow him some face time with customers. “I can see what the customer wants, what people like … I get to be front of house, for once.”