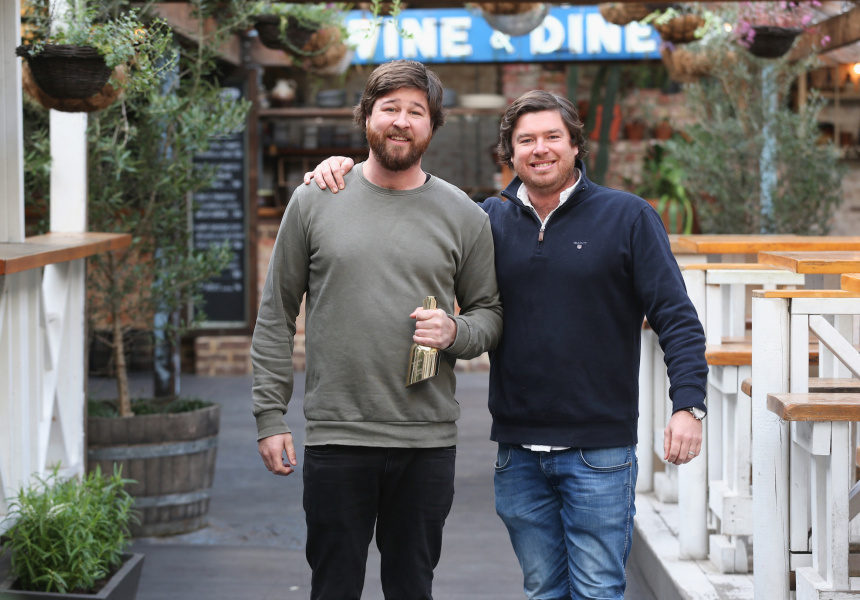 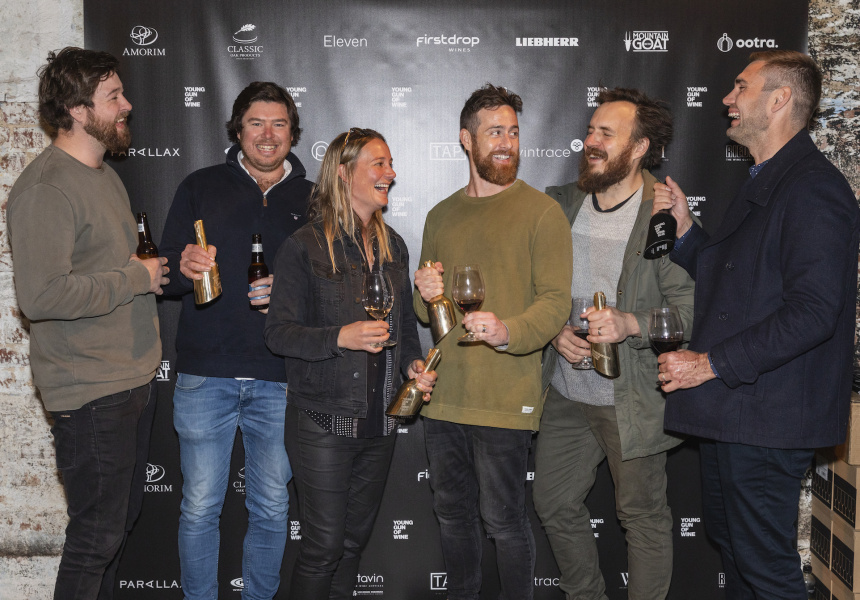 Winemaking brothers Damon and Jono Koerner, from Koerner Wine in the Clare Valley, have been crowned the 2019 Young Gun of Wine (YGOW).

The national award, which lifts the lid on the most exciting, forward-thinking winemakers in the country, was announced yesterday at Chateau Apollo. It’s the first time in the award’s 13-year history that it has been presented in Adelaide.

It’s a timely shift. The Koerners’ win makes it three in a row for South Australian producers (Aphelion’s Rob Mack received the award in 2018 and Murdoch Hill’s Michael Downer won in 2017).

“It’s a thrill to win such a great award with my brother, doing something we love and have so much fun doing,” Damon said on winning the award.

The Koerners were picked above 11 other finalists from across the country. The winemakers were commended for their 2018 Grace riesling and 2018 La Corse red wine blend. YGOW founder Rory Kent said the latter is “the epitome of what today’s customer wants”. “A light, bright, easy-drinking red, with layers of interest in the glass – it’s awesome, and all with the aesthetic appeal of Koerner’s preppy packaging,” he said in a press release.

Kent called the Koerners a “poster child” for new wine labels today. “They’ve become an emerging force and beacon for future creativity in the Clare Valley, a region perhaps somewhat isolated and traditional,” he said.

“From sourcing emerging varieties, to a sense of adventure in the winery with use of large ceramic eggs for fermentation, to a product mix that includes various shades and textures of single varieties, to the packaging that is instantly iconic.”

The other big winner was the Margaret River region in Western Australia, whose winemakers took out three awards. The People’s Choice, as decided by the public at tasting events in Melbourne and Sydney, went to Liv Maiorana and Mijan Patterson of South by South West. The Winemakers’ Choice award, selected by the 12 finalists, went to Remi Guise of tripe.Iscariot. And Best New Act went to winemaking duo Rhys Parker and Paul Hoffman of Vallée du Venom.

The First Drop Danger Zone award, given to the most adventurous wine in the show, went to the Hunter Valley’s Dirt Candy Wine for its red blend The Little Circus.

“The threading together of no fewer than six different red grapes and glazing them with the skins of the white traminer grape is brave, evocative and just the right kind of crazy,” said chief panellist (and Tasting Australia’s beverage director) Nick Stock. “And to do all this in the Hunter Valley, Australian wine’s poster child of conservative, stoic and traditional winemaking is straight up nuts. Then again the wine is so freakin’ delicious, the back label probably won’t even get a look. So they won’t notice – genius!”

South Australia’s Vanessa Altmann of Switch Organic Wine and Sacha La Forgia of Adelaide Hills Distillery – selected for his rosé and dry vermouth – were among the 12 finalists, along with Western Australia’s Genevieve Mann and Rob Mann from Corymbia and Queensland’s Andrew Scott, from La Petite Mort. Victorian vintners Ben Ranken from Wilimee, Jayden Ong from Jayden Ong/One Block, Shaun Crinion from Dappled Wines and Simon Killeen from Simão & Co Wines round out the list. 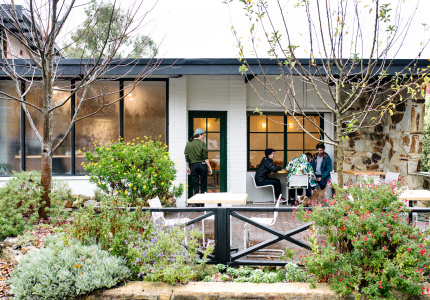