A 24-seater cafe and roastery with nitro cold brew, kombucha and iced tea on tap. 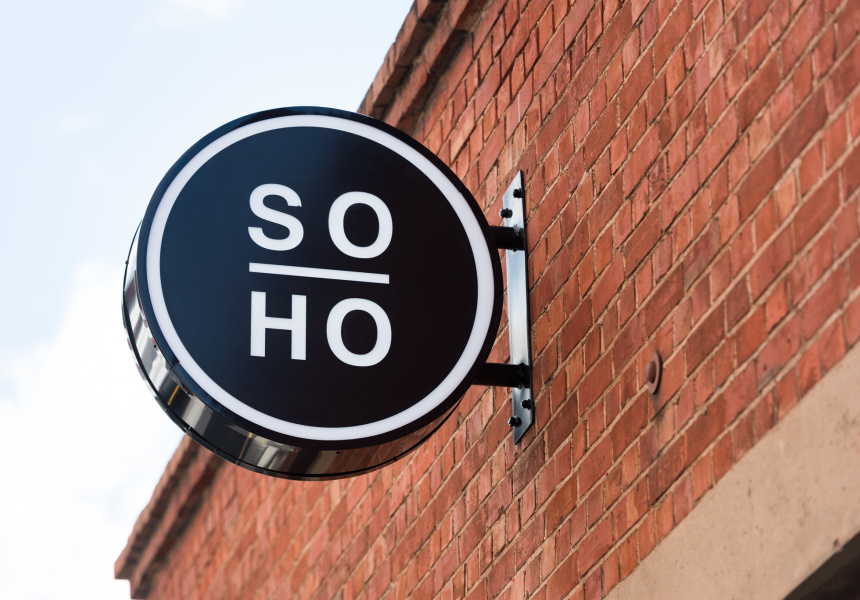 Disco Donna is a coffee roaster, but a very unique one. She’s designed in Queensland and built to meet strict Australian standards (most roasters are imported from overseas and have to be heavily modified to suit local standards). The Phantom Series unit was developed by Mark Beattie of Coffee Roasters Australia, in consultation with the Engineering Department of Griffith University and roasters from around the country. Donna’s serial number is #001.

SOHO’s roaster Jacob Booth introduced Broadsheet to Donna (that’s the nickname he gave her) during a tour of the brand’s new city premises. “It’s practically a spaceship compared to what I used to use,” Booth says.

She’s a traditional gas-fired design, but uses natural gas rather than LPG. That’s taken some getting used to. “Natural gas doesn’t burn as hot as LPG, so I’ve had to do a bit of tweaking,” Booth explains. “But I’m liking the results.”

The coffee Booth roasts for SOHO is sourced from another Queensland-based company, Condesa Coffee. “I chat with Luke – their green bean buyer – about once a week,” he says. Expect to see a seasonal house blend and a stable of single origins rotating through the shop.

Everything has been carefully considered, from the length of time coffees are rested between roasting and serving, to the size of the cup they’re presented in. A few light food options are available too, but make no mistake, this is Donna’s domain.