Southern-style sandwiches, nearly a decade in the making, given away for nada. 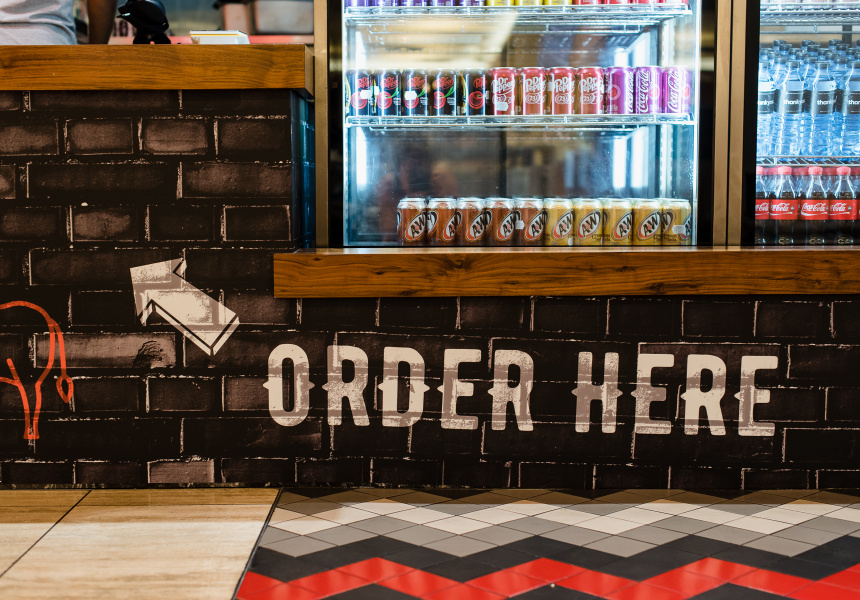 No such thing as a free lunch? Slo Moe’s begs to differ. At least, for tomorrow. To coincide with the launch of the southern-style smokery on Friday April 29, it’s dishing out slow-cooked barbeque sandwiches. With more than 700 people registered for a free feed, things could get hairy.

“I guess you could say I fell in love with the pork rib,” Lange laughs. His oak importing business often took him to the USA during the mid-2000s, and he says he’ll never forget his first taste of the good stuff, while at a rundown barbecue joint in Kentucky. “I immediately thought, Why don’t we have anything like this in Australia, […] a country with such intense barbeque culture? Then I thought, I’m going to be a hero and bring this back home.”

He chewed on the idea for years, eventually partnering with Rich to bring the idea to life in a Rundle Place basement. “We felt like this style of food, which sometimes takes days to prepare but is quick to assemble, lent itself perfectly to a food court setting,” Rich says. Triple-fried-fries, mac'n'cheese, creamy slaw and American cider accompany the sandwiches.

Meat is prepared and smoked at Elbow Room in McLaren Vale. Anyone wanting to see the smokers in action can do so there. “We want to keep with traditional smoking techniques but adapt our own spin,” Lange says. Wood chips made from used Tasmanian whiskey barrels lend an Australian twist to menu items such as the smoked lamb sandwich and vegetarian options.

Free Day runs from 11am to 3pm, April 29. Register at slomoes.com