The 2018 Appetite for Excellence Awards were announced at a ceremony in Sydney this week. 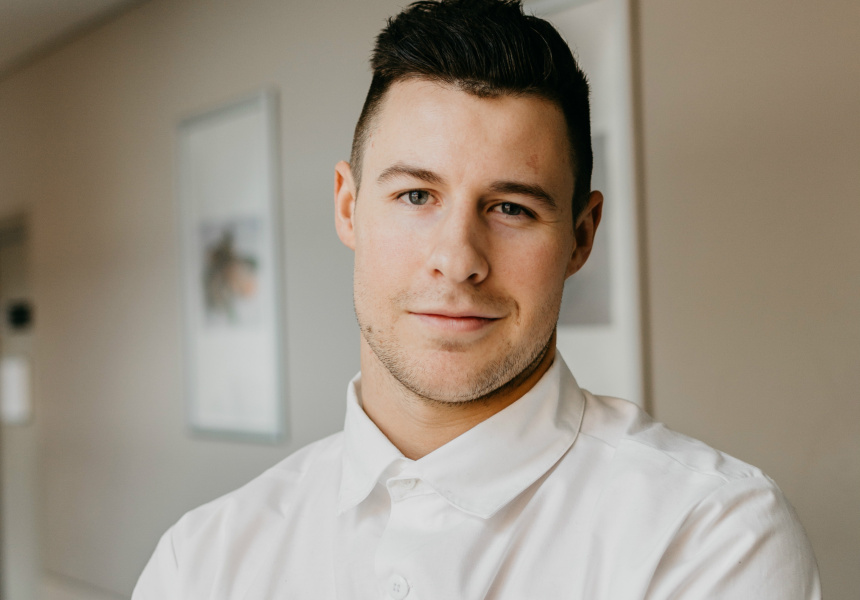 Shobosho’s head chef Max Sharrad has been crowned Young Chef of the Year at the 2018 Appetite for Excellence Awards.

The national awards program, founded by chef Luke Mangan, celebrates and nurtures the next generation of hospo stars. The 2018 winners were announced earlier this week at Mangan’s restaurant Luke’s Kitchen in Sydney.

The judging panel, which included culinary big guns Mangan, Analiese Gregory, Duncan Welgemoed and Peter Gilmore, was drawn to the young chef’s “originality … passion and confidence”. “Pete Gilmore, on stage, said it was my imagination that captured their imagination,” says Sharrad.

His prize includes a stage (internship) at a “world leading” restaurant of his choosing. He’s looking for a place “that embodies the [same] farm-to-table” method his own cooking does. Right now the frontrunner is Magnus Nilsson’s remote Swedish fine diner, Faviken.

“It’s so isolated there,” says Sharrad. “It’s almost like they’re forced to do the sustainable, full-circle thing without actually meaning to, just because the conditions are so harsh.” He’s also considering Paris hotspots L'Astrance and L'Arpège.

Tyler Austin from Brisbane’s Stokehouse Q was named Young Waiter of the Year; Olivia Evans from Sydney’s Paper Daisy Restaurant was runner-up. And Cam O’Keefe from Centra Hotel in Geelong was awarded Young Restaurateur of the Year, ahead of runner-up Jessi McEwan from Melbourne’s Hogget Kitchen.

Mangan said the calibre of this year’s entrants was “outstanding”. “The 2018 winners and runners-up of the awards represent some of this country’s finest hospitality talent and it’s my hope that the opportunities offered by this program help give them the tools to succeed and further their careers in our industry.”

The 2018 Appetite for Excellence program saw applications increase by 20 per cent on last year; there was also a 400 per cent increase in female applicants.