You Can Get Shobosho’s Katsu Sando, Teriyaki Chicken and Yakitori to Takeaway From Next Week

Since Covid-19 restrictions forced the Leigh Street restaurant to close temporarily, chef Adam Liston and his team have been cooking for those who need it most. From next week, their food will be available to the wider public again. 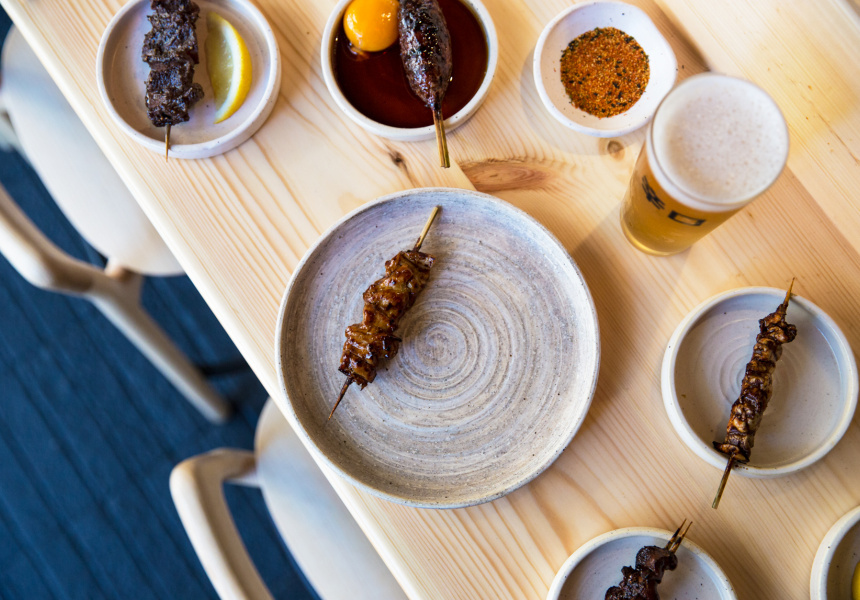 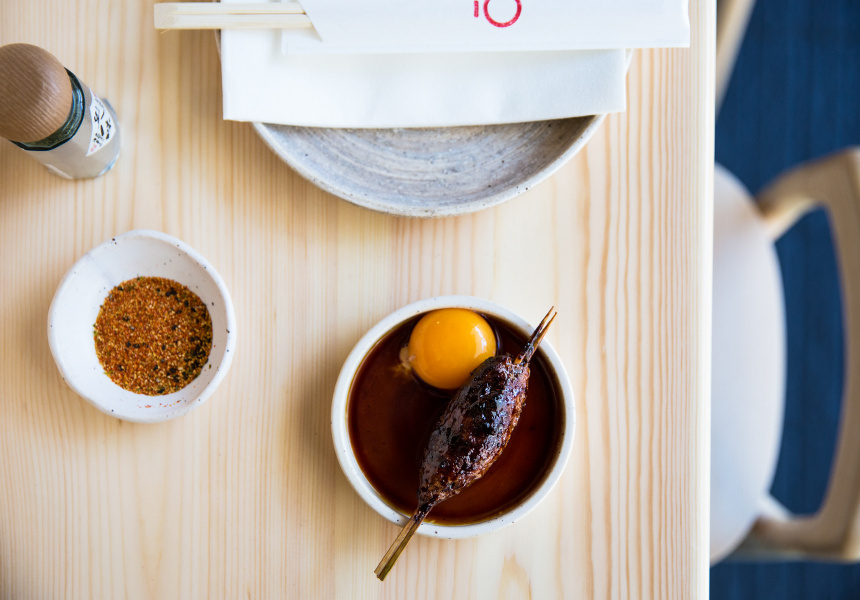 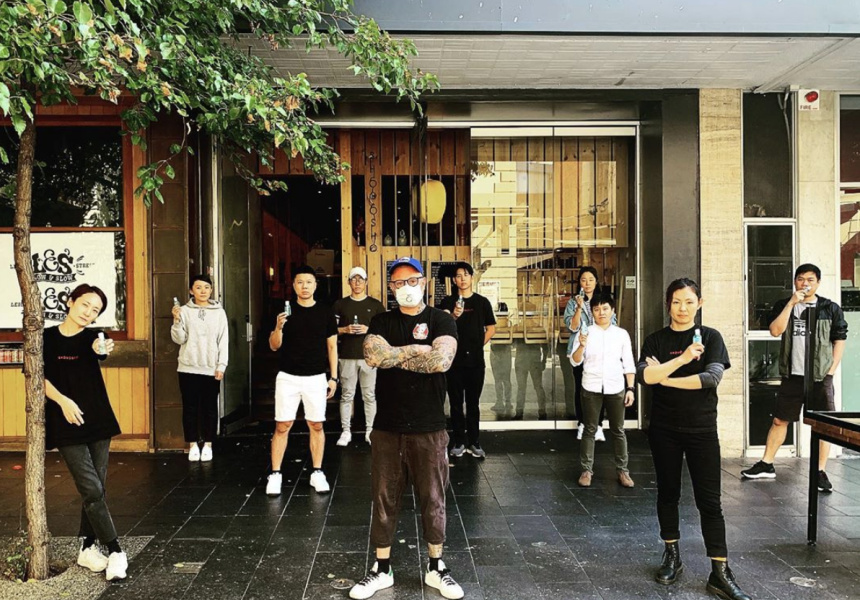 “What’s the point of having so many talented young cooks sitting on their hands?” asked Shobosho chef Adam Liston in an opinion piece published by Broadsheet in March. “Employ us. Give us something to do.”

His pleas were heard, and he and his team have been keeping busy providing meals for healthcare workers through Dr Sho and volunteering to cook for people sleeping rough. Now, they’re expanding their operation to offer takeaway for everyone, beginning next week.

The reasons are two-fold: besides providing a revenue stream for the business, it’ll help Liston and restaurateur Simon Kardachi re-employ members of their team who are here on working visas and don’t qualify for the Government’s Jobkeeper or Jobseeker payments.

“Out of my 20-odd staff, only four of them qualify,” Liston tells Broadsheet. “Most of my staff at the moment who don’t qualify are stocking shelves at Coles and Woolworths. And on top of that they’re donating two days a week to cook for Adelaide’s homeless. It’s not ideal.”

“I knew we were always going to have a situation where people who aren’t residents of Australia will get left till last,” he continues. “As much as I don’t respect it, I understand it. But Simon and I both thought eventually, somewhere down the pecking order, that these people would be addressed. But it’s looking like that’s not going to happen. So the only way we can try to keep these guys engaged is to open up the business … with the hope to bring people back in.”

The menu will feature Shobosho’s popular katsu sando, barbequed teriyaki chicken with ginger rice and Chinese broccoli, wonton soup, fried rice, yakitori and more. There are also plans to introduce yakitori you can cook at home.

“Now that we’ve been in lockdown for a few weeks, I think people are sick of eating pizza and pasta and burgers and lasagne,” says Liston.

The team will continue to cook for local healthcare workers under the Dr Sho banner (workers can order the meals online) and for vulnerable communities through the WestCare Centre. Both projects have been a win-win: people in need get fed, and Shobosho’s staffers get to use their skills for a good cause.

“[When we started] we didn’t know we’d get some sort of Jobseeker income, and the idea of sitting around seven days a week doing nothing felt a bit shit,” says Liston. “So to have something to do – and something that’s good – has been awesome.”

Shobosho’s takeaway menu will be available from 5pm to 9pm Thursdays, Fridays and Saturdays. Order online or over the phone for pick-up or delivery (the latter is available for those within a five-kilometre radius).