Last week, Shobosho chef Adam Liston suggested unemployed chefs could be repurposed in the community. Next week, he’ll get his wish. 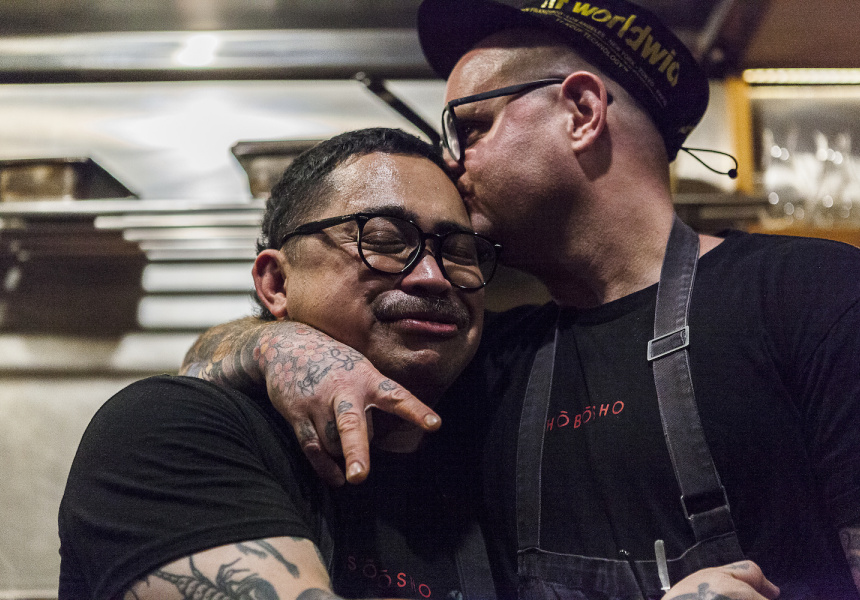 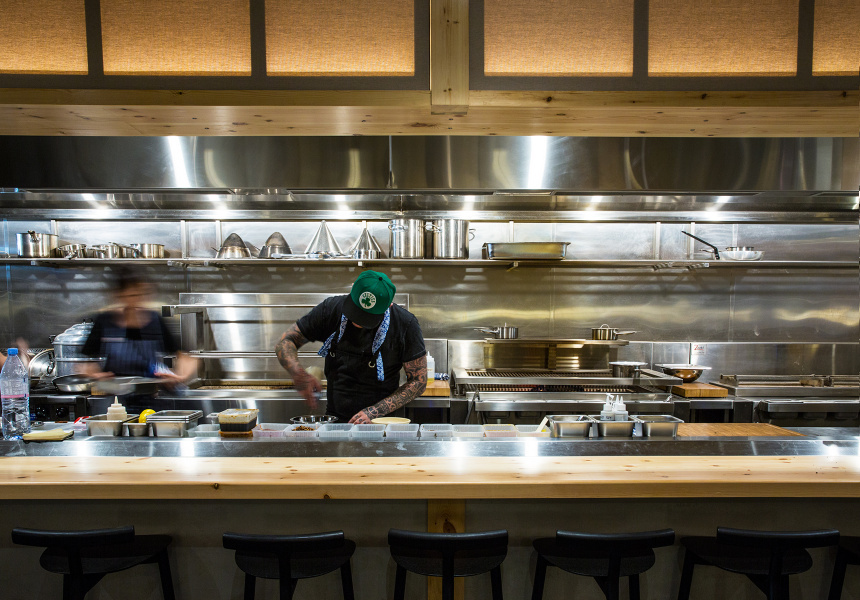 “What’s the point of having so many talented young cooks sitting on their hands?” asked Shobosho chef Adam Liston in an opinion piece published by Broadsheet last week. “Employ us. Give us something to do.”

Next week, Liston and (some of) the team from his (temporarily) closed Leigh Street restaurant will get their wish and will return to the Shobosho kitchen to light the stoves. What they won’t be doing, however, is cooking the same Shobosho menu. Or even cooking for the same Shobosho crowd, for that matter.

When Liston shared his think-out-loud monologue to social media last week, his one-minute-twenty-seconds-long video made its way into plenty of people’s feeds. Through the power of the internet, his plea was heard by “big dogs” (in Liston’s words) at Baptist Care, a South Australian charity behind the WestCare Centre, a community service that serves breakfast and lunch to vulnerable people. According to Liston, WestCare feeds around 100 people per day; since coronavirus hit, this figure has doubled and looks set to continue rising.

In addition to this increase in demand, WestCare management is also struggling with volunteer numbers as many of its kitchen workers were older people – an age group particularly susceptible to Covid-19 – that have since had to stay home. Enter: team Shobosho.

Starting next week, Shobosho chefs will takes over cooking duties for WestCare’s lunch services. For six days of the week, Liston and co will prepare food at the Shobosho and Joybird kitchens that WestCare volunteers will then pick up and distribute. The scenario is pretty much the definition of a win-win: vulnerable people get fed, and Shobosho’s kitchen team gets to use its skills for a good cause.

The other piece of good news is the launch of Dr Sho, a new meal delivery service for health professionals that was inspired by a message Liston received from a doctor sick of limited dining options.

“I got a message from a doctor saying, ‘we don’t need charity or you to donate time, but us doctors and nurses are, literally, working overtime and our cafeterias are overwhelmed and we’re getting home and eating toast for dinner’,” says Liston. “Was there a way we could provide a service where medical staff could order something nourishing to eat during breaks at work or at home? That’s where the idea comes from.”

For now, Dr Sho is being trialled at one hospital before the service is rolled out on a larger scale. Initially, the plan will be to offer an eight-dish menu of “Shobosho-esque” dishes that can be delivered to hospitals and either eaten on-site or taken home and reheated (dumplings, say). While both scenarios represent significant changes of scenery for the Shobosho team, Liston is looking forward to the challenge. Not only does it mean he gets to keep the band together, he can also contribute to keeping his community strong.

“It’d be quite easy to give up right now, but I don’t want to give up,” he says. “Both of these [projects] do two things. One, it keeps me motivated in my head and gives me and my team something to do. And the other thing it does is make me feel like I’m doing something for the good of the community.” 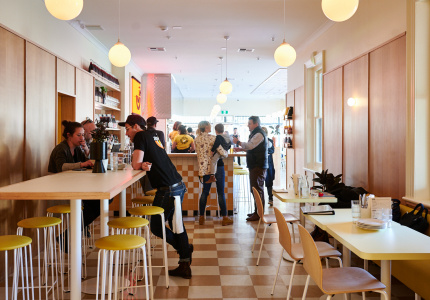