The 2018 Masterchef winner has opened his first restaurant – a year and a half on from the show. 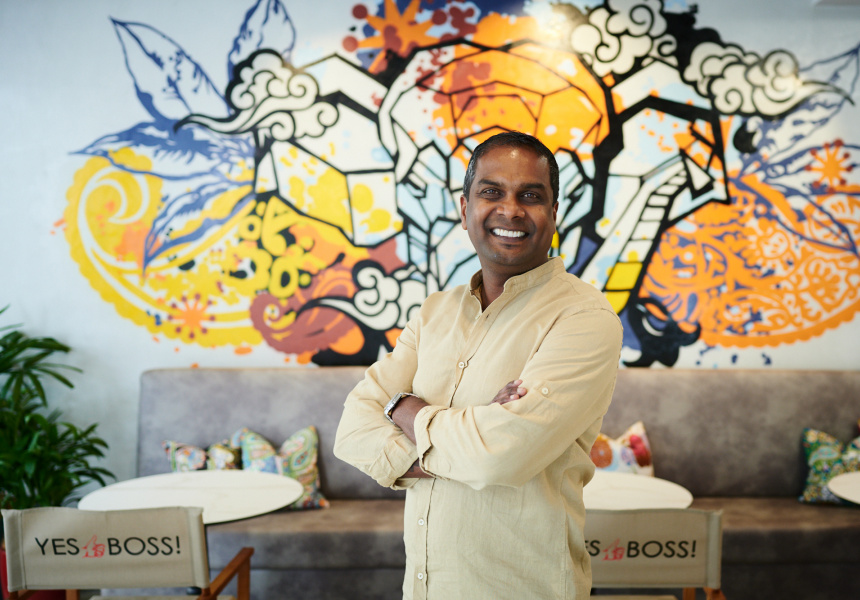 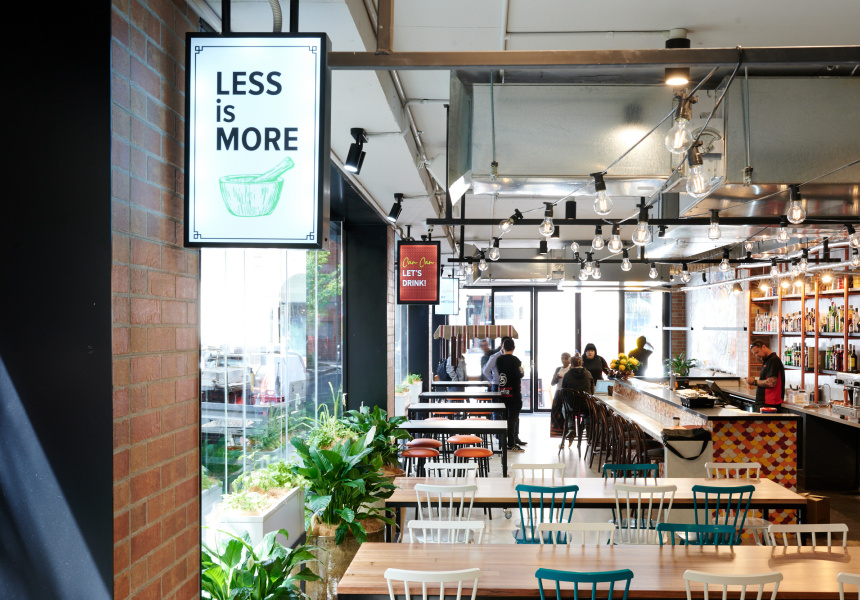 Sashi Cheliah’s passion for food evolved from a young age as he observed and occasionally helped his mother in the kitchen of her cafe in Singapore. But his culinary career took the backseat and he joined the Singapore Police Force, where he worked for 12 years. In 2012 Sashi moved to Adelaide, working as a prison guard until he signed up for Masterchef last year.

“Before going into the competition I was a regular home cook. You don’t understand the constraints and dos and don’ts of a commercial kitchen because you are cooking a small quantity,” Cheliah tells Broadsheet. “But once you step into a commercial environment the expectations change a lot.”

He's had a steep learning curve. Since taking out the Masterchef title, Cheliah has appeared at several Eastern state food events and run a pop-up at HWKR in Melbourne’s CBD – a prototype of his now fully realised concept, Gaja by Sashi, which opens today on Pirie Street.

The modern Asian diner draws on the chef’s Singaporean heritage and the many regions that have shaped that country’s cuisine. There’s Malay, South Indian, Thai, Indonesian, Sri Lankan and Vietnamese influences. The menu was designed by Cheliah in collaboration with head chef Miles Davis, who brings nearly 15 years of industry experience to the kitchen – most recently at Hotel Longtime, plus a stint in Sydney alongside esteemed chef Christine Manfield.

The restaurant’s menu, with dishes intended to share, is divided into smaller, in-between and larger servings. The ma hor is a subtly sweet and salty Thai dish with minced sticky pork and prawn served on a slice of pineapple and topped with chilli, peanut, lime leaf and fish sauce.

A soon-to-be signature is the Indian-inspired raan e khaass, a 1.1 kilo slow-roasted spiced lamb shoulder made from a Cheliah family recipe.

“We have loads of spices going into the lamb, which is marinated for 24 hours, then the next day we cook it in the oven. Depending on the quantity, it takes about four to six hours,” Cheliah says. “We finish it off on a grill to get a nice crust on the top, then we serve it with fried shallots and some coriander and chili. It’s like a mild lamb curry.”

Another standout item is the lychee duck, which is based on a dish Cheliah made on Masterchef. It incorporates Indian and Thai influences and stars pan-seared slices of duck breast and confit duck leg served in a curry sauce with lotus root, Thai basil and Vietnamese coriander.

A selection of seven Asian-inspired cocktails designed by bar manager Matthew Kalleske complement the food. The majority of beers and wines are sourced locally.

“Colonial Singapore” is the concept for the restaurant’s fit-out, which was designed by Adelaide-based firm Malbarosa & Co. A colourful handpainted mural of an elephant (gaja is a Sanskrit word for elephant) spans the restaurant’s western wall. Another mural at the rear of room depicts a sparrow – the same as those found on a $50 Singaporean note – flying out of a cage. Cheliah calls this section “the birdcage” and says it’s dedicated to his rehabilitation initiative, which provides employment in his restaurant to former prisoners.

Gaja by Sashi opens to the public today.