Saha Is Back From the Ashes, With a Brand New Home and the Same Lebanese Flavours You Love

Jinan and Abs Mehio had a fortnight’s head start on the horrors of 2020 when a kitchen fire gutted their Beulah Park eatery. Now they’re back in a new location with a familiar menu packed with Levantine comfort food. 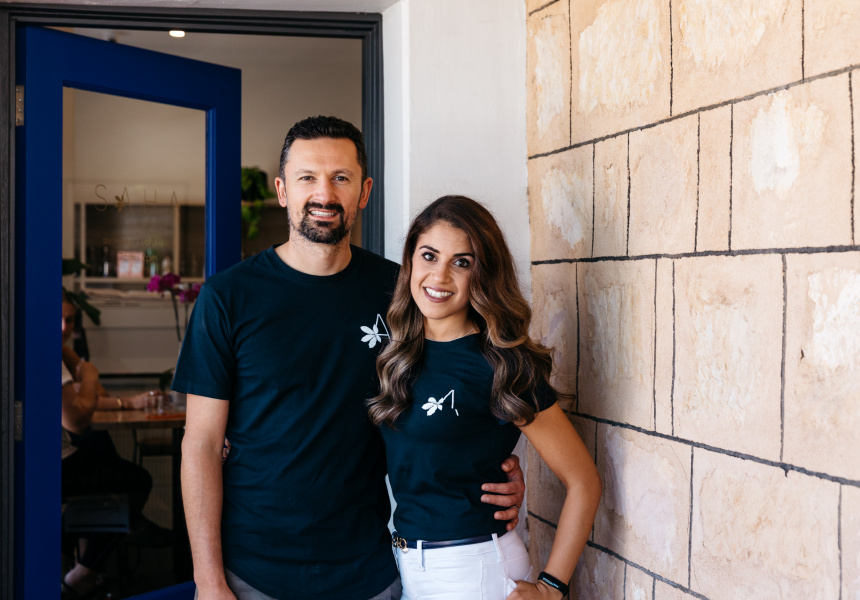 “The place was pretty much destroyed inside,” says Jinan Mehio of the kitchen fire that gutted her and husband Abs's Beulah Park eatery Saha in December 2019. “It didn’t look like much from the front, but it pretty much slow-burned for an hour.”

Sparked by an electrical fault during the same long summer heatwave that would later give rise to devastating bushfires around the state, it was a traumatic setback for the pair, who had celebrated Saha’s second birthday just weeks before.

At first, they were intent on picking up where they left off on The Parade. “Once the fire happened we had high hopes to get back into that space – that was always the first priority,” Jinan tells Broadsheet.

Their inbox quickly became crowded with offers from the community to help paint, rewire and rebuild. “In the first few months, we were getting hundreds of messages,” she says. “It was so beautiful. We always felt that sense of community, but then when the fire happened it really overwhelmed us and swept us up. It was such a blessing.”

But six months later, it was clear they would need to start over in a new location. After a public call-out, they eventually found a new home just a few minutes’ away on Magill Road – the same road where the Mehios had set up their first cafe, The Little Eastern, six years earlier.

Their new landlords, Emily and Mark Jones, were Saha regulars and looking to open a cafe next door to Mark’s furniture gallery and workshop under the banner 215 Magill.

It’s proved a comfortable fit, with Saha’s airy, communal atmosphere effortlessly filling out the former Maylands house and verandah. With only a handful of chairs and tables salvaged from the fire, new benches crafted by Mark (aka Ferguson George) are the first step in a plan to lean into 215 Magill’s creative community. There will also be quarterly exhibitions, plus other activations to complement the familiar Saha experience.

“We quite consciously brought it back the way it was,” says Jinan. The menu, staff and sensibility are essentially unchanged. “We had unfinished business … and [our regular customers] would probably have killed us if we didn’t reopen with everything,” she laughs.

Looking back over the past 13 months and the chaos wrought across the hospitality industry and broader community, Jinan has found plenty of silver linings. “It was a blessing to not operate through Covid,” she admits of the endless, exhausting pandemic adaptations many of their peers had to navigate.

This reprieve allowed the Mehios to start repaying the community that rallied around them after the fire. “In a way it was nice that we’d worked through our stuff, because then we could be there for a lot of our family and friends.”