SA Pubs Worth Travelling For

Hit the road and discover rustic outback boozers, upscale pubs in wine country and plenty in between. Here’s where to find them. 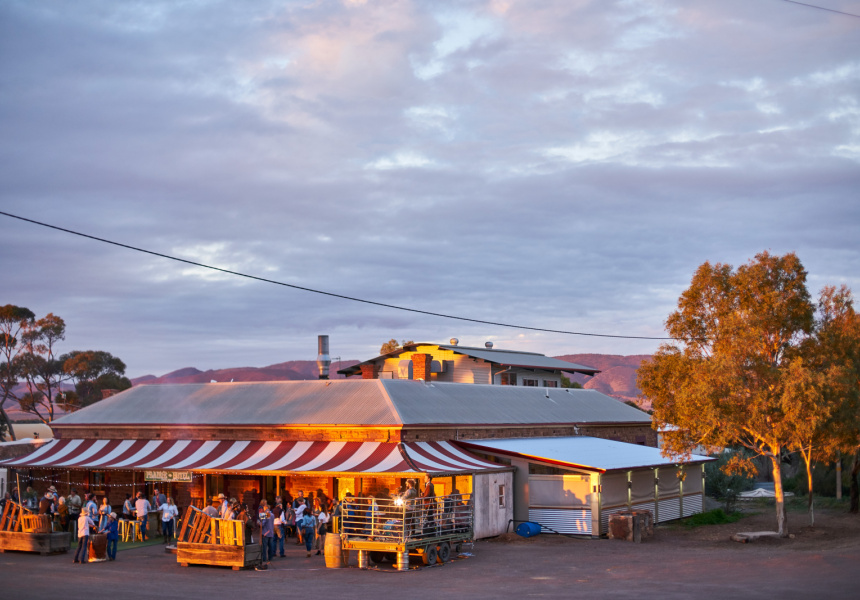 A drive through South Australia will reward with a bevvy of good eating and drinking. From true-blue outback pubs, to charming Adelaide Hills taverns, there are plenty of pubs demanding a road trip or weekend away. Pack the car, hit the road (with a designated driver) and tick these off your list while you explore the state's wine regions and rugged outback.

Victory Hotel
A favourite of locals, winemakers and weekenders, the Victory is just an hour’s drive south of Adelaide in Sellicks Hill. The popular food and booze landmark effortlessly captures the unique McLaren Vale mix of coast and wine country with its stunning panoramic view of Aldinga Bay, extensive wine cellar and deliciously straightforward pub fare. Enjoy fresh local seafood (Kangaroo Island King George whiting and Myponga Beach salt and pepper squid) on the outdoor patio before relocating to the lawn to laze away the rest of the afternoon or evening. From there, admire the sweeping view of the Fleurieu Coast with a glass or two from Victory’s 8000-bottle-strong wine cellar, including plenty of McLaren Vale drops, naturally.

Stanley Bridge Tavern
There’s country pub charm and then there’s the Stanley Bridge Tavern. Restored to its former glory by some of the people behind Mother Vine, Mum Cha and Amalfi, the Stanley Bridge is both a destination eatery and an old-school, everyday pub for its front bar regulars. Book a table in the picture-perfect eucalypt-shaded beer garden that seamlessly blends into the surrounding bushland. Order straight-up pub classics (burgers, schnitties and snags), vegetarian plates (including confit leek tart and falafel with roasted pumpkin) or something heartier (Mayura Station Wagyu beef brisket) and enjoy with Mismatch beers and local wines from the beer garden’s outdoor caravan-slash-bar. On the way out, stop by the bottle shop and grab something local to take with you.

The Crafers Hotel
One of South Australia’s oldest pubs is also one of its most stylish. Originally built in 1839, the Crafers is an Adelaide Hills escape thanks to an elegant 2014 makeover. Classy but not pretentious, the Crafers is a contemporary Aussie pub with French bistro flair. It’s where you can order French classics – escargots à la bourguignonne (snails and garlic butter) and confit de canard à l’orange (duck and orange sauce) – alongside well-executed pub food. Then there’s the wine room, which holds 2000 bottles, including some rare and expensive drops from around the world. If you want to stay a night or two, boutique four-and-a-half-star accommodation is available.

Prairie Hotel
The Prairie, founded in 1876, was serving native Australian produce years before Jock Zonfrillo began exploring indigenous ingredients at his acclaimed fine-diner, Orana. Located a lazy 470 kilometres north of Adelaide, in Parachilna (population 16), the famous outback pub is where you can get stuck into the signature FMG (Feral Mixed Grill): kangaroo fillet, emu mignon, camel sausage, roast potato and red wine and native pepper leaf jus. There are more outback twists, including a kangaroo schnitzel and red goat curry with anise myrtle. Dessert options include quandong crumble pie or churros with chocolate wattleseed sauce and salted caramel macadamia gelato. There are plenty of accommodation options as well, though every year the Prairie Hotel closes in mid-December and doesn’t re-open until late February.

The Greenock
The small Barossa town of Greenock is on the food map thanks to this charming village-style pub and the nearby South American-influenced El Estanco cafe. A community pub with broad appeal, The Greenock is best known for its schnitzels (including chicken, porterhouse and eggplant) and its Community Pie, where local identities create a pie, with some proceeds going to a local charity. There are plenty of Barossa reds on its wine list, plus local beer from Greenock Brewers and Tanunda’s Rehn Bier.

Uraidla Hotel
This pub is the anchor of a gastronomic hub, including a brewery, cafe and bakery. Along with the adjacent pizza and natural wine spot Lost in a Forest, it’s transformed the sleepy Adelaide Hills village of Uraidla into an eating and drinking destination. Take a seat in the beer garden or stunning glass dining room and enjoy the view over the town’s oval. With, of course, a tasting paddle of local beers or a glass of smashable Adelaide Hills wines from the likes of Gentle Folk, CRFT Wines, BK Wines and Saint & Scholar. The menu follows the Uraidla’s “soil to soul” ethos, with produce grown on-site (there’s a veggie garden and chicken coop out back) or at nearby farms. Before heading home, be sure to grab a sourdough loaf from the bakery next door.

The Sevenhill Hotel
The Sevenhill Hotel has been a mainstay of the Clare Valley for almost 160 years and recently underwent another renovation. The current owners took charge in 2013 with the historic pub offering friendly country hospitality, great booze and award-winning food under their stewardship. Book a table in the stone-clad cellar and be surrounded by a stunning selection of Clare Valley wines (which are also available to take home) while enjoying Sevenhill’s take on pub grub classics as well as pulled-beef tacos; kangaroo striploin with fattoush salad; and desserts such as cassata and house-churned coconut ice cream. If you need a caffeine hit before the drive home, there’s coffee by local micro roaster Horrocks Bounty Coffee. 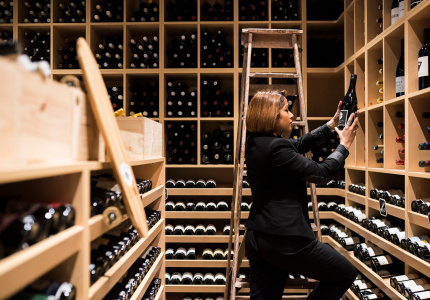