A Bright and Breezy Suburban Eatery Moves into Kent Town 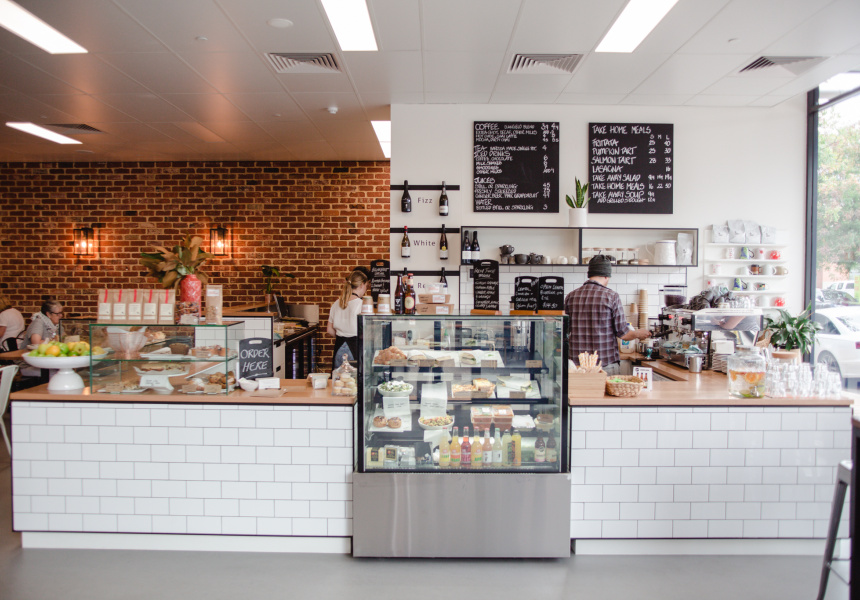 Making food from scratch, using local ingredients. It’s a simple principle, but it’s one that the co-owners of Rustic Gourmet, Katherine Nugent and Emma Bradshaw, swear by.

The newly opened Kent Town cafe, which has just moved in beside Pan & Vine, is the pair’s second venue. The first opened in Tusmore four years ago. Both locations feature an ever-changing menu of salads, tarts, cakes and frittatas. One constant is the popular roast pumpkin tart with caramelised onion and goat’s curd.

While popular at their Tusmore location, less of an emphasis is placed on take-home meals – such as whole tarts, whole cakes and lasagne – in Kent Town.

“People want different things here. It hasn’t been the cookie-cutter formula we thought it would be,” says Nugent. “Here, there have been more meetings. So coffees, lunches and more in-house dining rather than takeaway.”

There’s a liquor licence, too, giving way to an all-South Australian wine list.

The fit-out is relaxed, with exposed brick walls framing the large seating area. It was a collaboration between Nugent, Bradshaw and interior designer Zoë Elvish.

“It’s a brand new building … they had all the exposed brick already dotted throughout the development, so that’s why we thought we’d tie that in,” Nugent says. “And everything else evolved from things we’d liked before.

“We thought we had a decent formula, so we’d try and replicate it.”