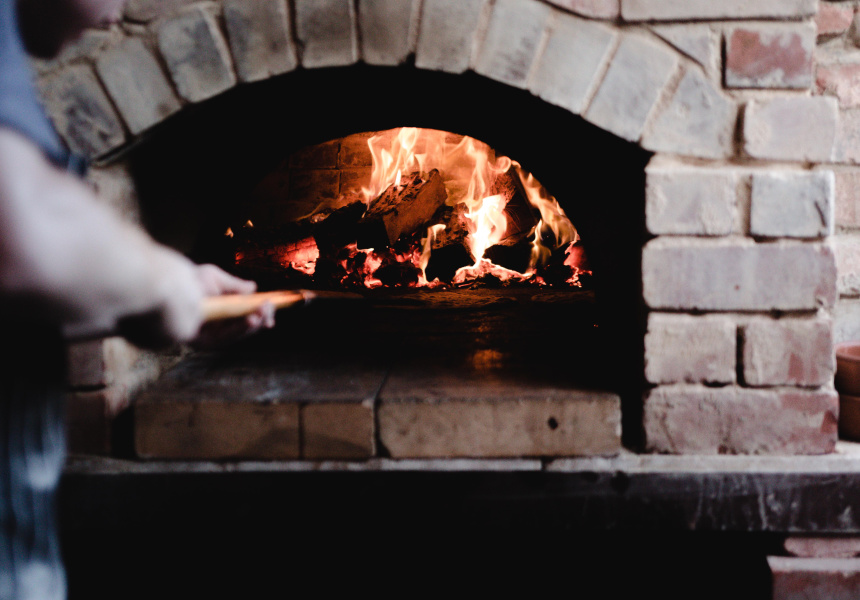 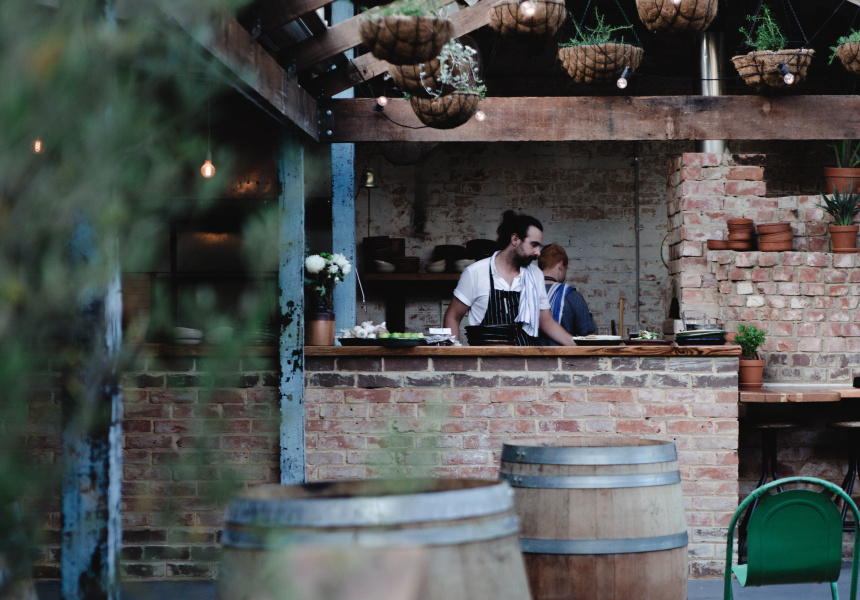 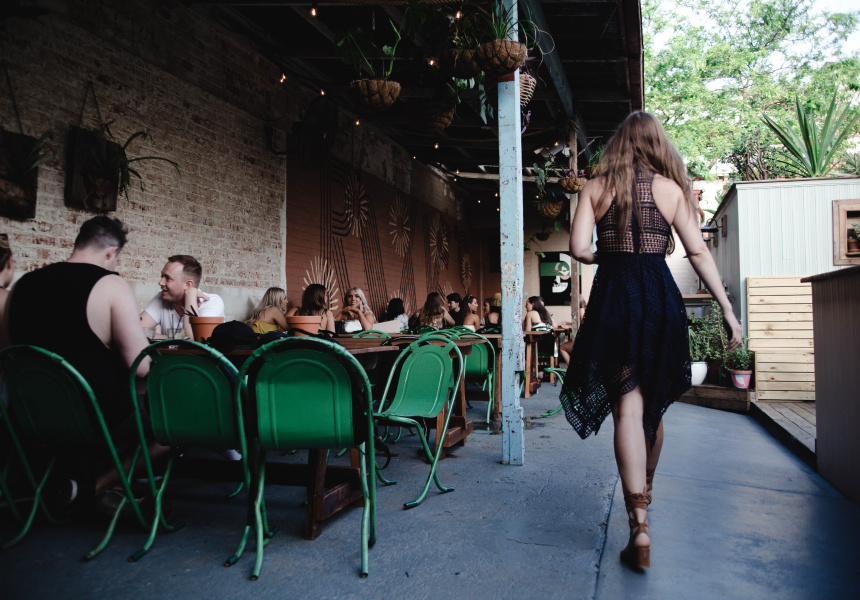 After four years of seemingly endless pop-ups at 188 Grenfell Street, Roxie’s has moved in for good. Well, sort of. The site’s newest inhabitant has secured a four-year lease before it’s eventually demolished for redevelopment.

But four years is a long time in hospitality, and Roxie’s plans to settle in. Co-caretaker Jordan Jeavons has installed a permanent kitchen out the back, complete with a wood-fired oven he hand-built with his pizzaiolo dad Russell (the original owner of Russell’s Pizza).

As you might expect, pizzas are a focus. But they’re not the ubiquitous Neapolitan-style pies found all over town. The Roxie’s oven pumps out puffed, charred Turkish-style flatbreads minimally topped with roasted meat, seafood and seasonal vegetables. You might get a combination of chorizo, burnt leek, salsa verde and leafy cress; or barbequed eggplant, kalamata olives and fresh herbs, drizzled with yoghurt.

“We want to keep things pretty rustic but fresh, light and vegetable-y,” says Jeavons. “Lots of herbs and tangy dressings – things like that.”

Everything on the menu is cooked in the wood oven or on the grill. “It’s actually based on a little place in New York I went to," says Jeavons. "It was literally just a corner stand that had piles of flat breads and a million different things coming out of the wood oven and getting laid on top of them.”

The small and simple menu lifts from Mediterranean and Middle Eastern flavours. There’s baba ghanoush, charred octopus, lamb shoulder and – our highlight – a salty-sweet saganaki, oven-cooked with thyme and honey (soon to be sourced from the resident beehive).

After the site’s former lives (remember Little Miss Mexico, Little Miss Miami and Little Miss Dive Shop and Crab Shack?) you could be forgiven for expecting a “Little Miss Aegean Sea”. But any present theme starts and ends with the food. The 198-seat space has been stripped back to a raw and rustic aesthetic – exposed brick, old stone and white timber.

The bones of its previous inhabitants – most recently, Superfish – are still there. The layout hasn’t changed, save for some extra seats where the front kitchen used to be. But the bright and colourful graphics have been replaced with natural tones of terracotta and green. The Roxie’s logo, splashed across the front and back walls, is hand-painted by graphic designer Carlo Jensen. “It was about doing something pretty free-form and earthy,” says Jeavons. The fit-out is complemented by lush greenery, courtesy of Ollie Graham.

The wine list is South Australian only (save for a bottle of Pol Roger), mostly made up of small-batch, lo-fi juice selected by winemaker Koen Janssens. There’s also a large selection of beers, bottled and on-tap, plus a tight cocktail menu.

Fair warning, on Friday and Saturday nights you’ll be hard pressed to find a seat. Roxie’s, like its previous incarnations, is a hit with rowdy revellers. If low key’s your vibe, stick to afternoons and weeknights. A $3 schooner special on Wednesday evenings is another good reason. 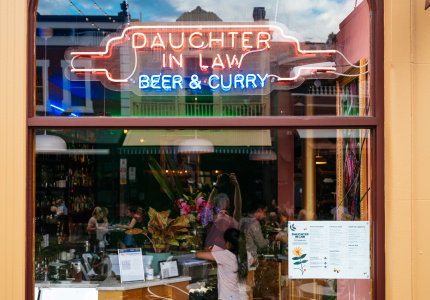