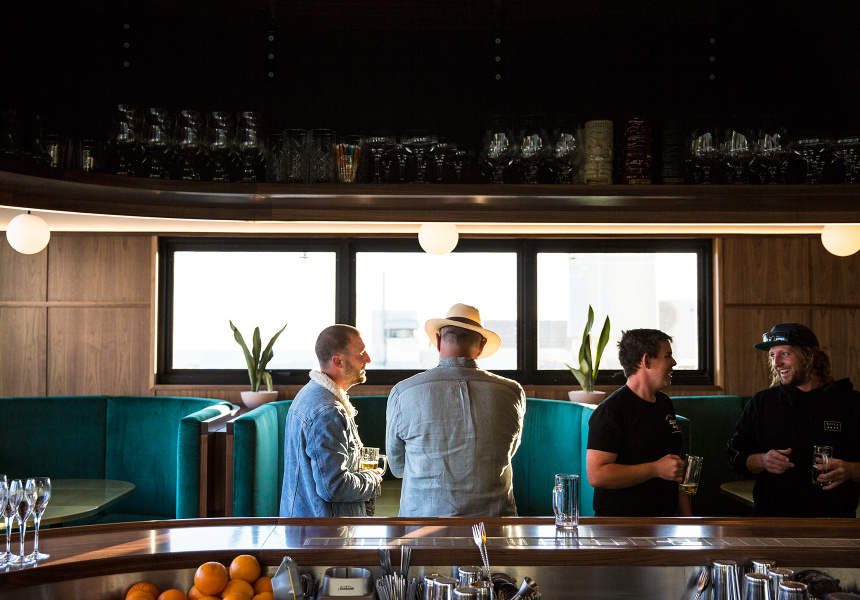 The 26-year-old mixologist and entrepreneur has spent the past year crafting his latest venue, West, which sits atop the Melt Henley and SeaSalt complex on Seaview Road.

While Margan considers his other bar, city speakeasy Maybe Mae, as something tied to his own creativity, at this spot he's had "director's cut from start to finish".

Margan describes the bar’s look – perfected by design firm Studio -Gram – as “your grandparents' house in the '60s and '70s” complete with retro hardwood timber.

He says the unique opportunity of having the site above existing restaurants meant it was about “designing something that was missing” from Henley Beach. “Just because we have the ocean views doesn’t mean we have to have that nautical feel with the different shades of blues,” he says.

Former Maybe Mae bartender Jameson Gregg will be the rooftop bar’s head mixologist. Margan says the drinks list will be about adding a seaside vibe to classic cocktails.

“People already have a preconceived idea of what they want to drink down by the beach,” Margan says. “I don’t think people are going to come down and drink a lot of Manhattans, but they will want something that is fresh, light and breezy.”

A small food menu will also be offered, made up of a selection of traditional Japanese sandos, with flavours including prawn cocktail, baloney and curried egg.

“We don’t have a kitchen, so we are limited in what we can do,” Margan says. “But we will be offering the traditional Japanese sando menu, so your white bread, crusts cut-off, served on the side.”

The venue has a capacity of up to 70 and is open seven days a week.

This article first appeared on Broadsheet on September 5. Menu items may have changed since publication.