Roberta’s Is Popping Up at RCC Fringe

No not that one. But there will be Italian food and disco beats. 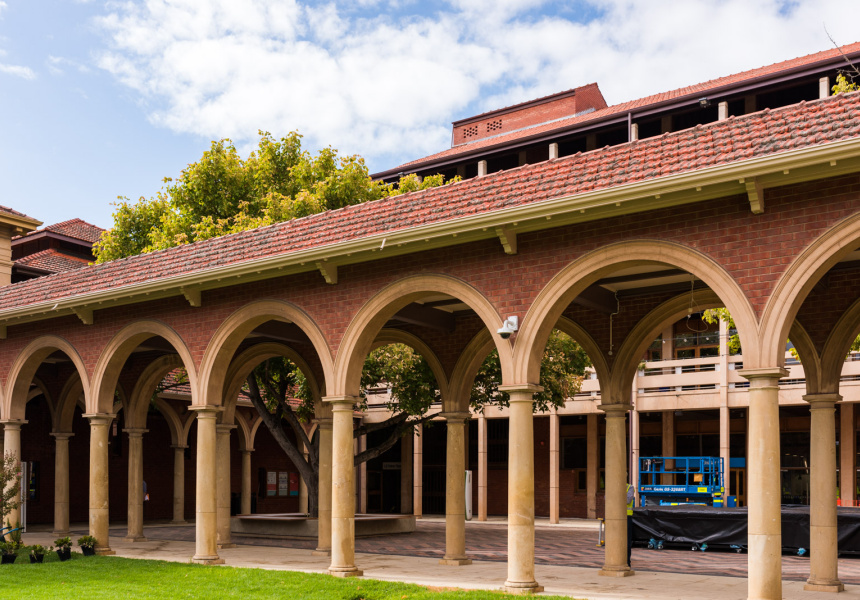 RCC Fringe is launching a new dining concept in Adelaide Uni’s former Mayo Cafe and adjacent courtyard. And construction is coming down to the wire.

In a few days, the campus cafeteria will be transformed into Roberta’s, a casual Italian eatery operating for the duration of the festival. After that it’ll make way for the new Adelaide Unibar.

But right now the site is littered with workers who are turning the dated cafe into a modern-retro 150-seat bar and eatery – a rare bricks-and-mortar dining option for the festival crowd.

“It’s a simple place to hang out and have some party food, and a great spot for the artists to come and not feel like they’re just eating takeaway or stand-up handheld food,” says RCC Fringe director Roberto Cardone.

Cardone is also one of the founders of Cibo Espresso (and the original Cibo Ristorante), and he’s the brains behind the Roberta’s concept. Hence the name. “They were wanting to call it Roberto’s and I said, ‘You can call it anything else’,” he tells Broadsheet. “So Roberta’s was the compromise.”

There’s no link to the famous New York pizza joint. “We’re very familiar with Roberta’s in Brooklyn, but didn’t hesitate to introduce Roberta’s in Adelaide,” he adds. “We also don’t do pizza.”

“It’s what I know,” says Cardone. “It’s pretty much the stuff I love [to eat] when I travel to Italy: simple dishes, but they’re my go-tos.”

Pair your meal with a bottle of Italian wine, which you can select yourself from the walk-in cellar (situated where the uni bar stage will eventually go). There will also be aperitifs including negronis, Aperol spritzes, and the signature “Hugo” (prosecco, elderflower, soda water and mint leaves). Imbibe in the adjacent courtyard, which will feature a separate, outdoor bar with DJs playing Italian disco on Friday and Saturday nights.

Leading front of house is Frankie Marafioti, who Adelaide Uni students will recognise from his on-campus coffee cart, St Rafael’s.

Roberta’s will be open Tuesday to Sunday for the duration of Fringe. Walk-ins only.